I'm delighted to be taking part in the 1st Birthday Celebration for Jungle Rock by Caroline James. I have a lovely extract to share with you along with a great giveaway to enter.

In December last year I reviewed Jungle Rock so I'm also happy to be re-sharing my review today. 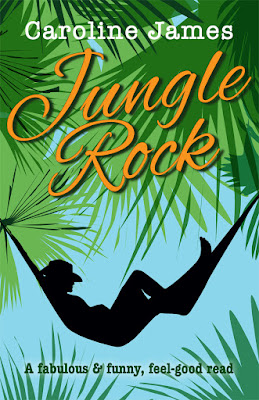 While celebrity chef Zach, struggles in the Jungle, ex-partner Poppy gets busy in Orlando…

The grand finale of the Epcot Food Festival was the closing event of what had been a memorable week for Poppy and her chefs. Now, as they stood by their work stations in a vast banqueting hall, Poppy felt her nerves take hold.

The event they had been building up to was about to begin.

In a few moments time, the doors would open and five hundred guests would flood through. The VIP diners had paid a staggering amount of money to get golden tickets which entitled them to sample taster portions of the signature dishes of forty of Europe’s finest chefs. At the end of the evening, the winning chef would be announced. It was an accolade that every chef wanted to display on his restaurant wall.

Poppy glanced at Chef and his team and saw that they were busy with the final touches. Renowned for his global cuisine, Chef would prepare a ragout of brill with autumn truffle and bacon foam served on lemon oil. They’d been working all day in the Disney kitchen in preparation for the evening and as Poppy mentally counted the plates, stacked high on Chef’s station, she hoped and prayed that he would be up to the task and fill the plates swiftly with the winning dish. Her role was to meet, greet and guide guests to her client. Armed with information about Chef, from his London restaurant to his cookery books and the many ranges of culinary paraphernalia that he endorsed, Poppy had her work cut out.

Suddenly, the bright lights overhead were dimmed and thousands of fairy lights twinkled from swathes of dark fabric lining the ceilings and walls. A Disney executive stepped forward and spoke into a mic.
“Good evening, ladies and gentlemen, please welcome - the Cirque du Soleil!”

Acrobats appeared, spinning magically into the room, and a host of circus performers glided through the air across silver wires lacing the enchanting scene. Poppy was entranced. The colours were dazzling as dancers whirled into position.

A hearty chorus shouted back, “Yes!”

The doors at the end of the hall slid open to reveal five hundred expectant diners who cheered as they witnessed the magnificent sight. Forty food stations awaited, with tantalising tastes, wine-laden tables and entertainment of the highest standard from the world’s leading troupe. The guests stampeded forward and Poppy held her breath. 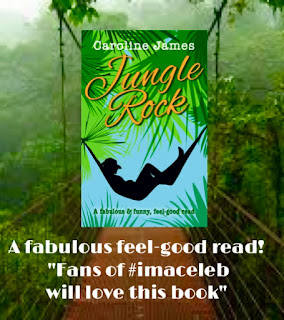 In the summer of  2016 I read Coffee, Tea, The Caribbean & Me by Caroline James in that story we briefly meet Zach and Poppy so I was looking forward to carrying on reading their story in Jungle Rock.I loved the fun premise for this story and I really hoped that Poppy and Zach would get their happy ending. Even though Jungle Rock is a novella the story didn't feel rushed and everything came together brilliantly. I enjoyed the parts in the jungle with Zach’s fellow campmates. Although at times I thought it was kind of a shame it wasn't a full story so I could read more about them.When Poppy went to the Epcot Food Festival I had to smile. The last time I was in Florida we went to the World Showcase at Epcot and ate at some of the stalls during the Food Festival. I really liked Poppy and felt for her as she struggled to move on from Zach. All of the characters are well written but Jo and Hattie are a delight and it was lovely to catch up with them in this book. Even though Jungle Rock has characters from previous books by Caroline James it can still be read as a standalone.Jungle Rock is an enjoyable and heart warming story!
Five stars from me!Thank you to Caroline James for my copy. This is my honest and unbiased opinion.

Also with thanks to Rachel at Rachel's Random Resources for the invite to join in with the celebration. 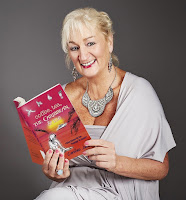 Caroline James has owned and run businesses encompassing all aspects of the hospitality industry – a subject that features in her novels. She is based in the UK and spends her time writing, climbing mountains and running a consultancy business. Caroline has a great fondness for the Caribbean and escapes to the islands whenever she can. She is a public speaker, reviewer and food writer and loves cooking and baking, especially cake. Her next novel, The Best Boomerville Hotel is coming soon…

Sign up to Caroline James’ mailing list to be entered into a draw to win a £20 Amazon voucher.  Giveaway open internationally and closes 30th November 2017. Winner will be announced by Caroline via email.