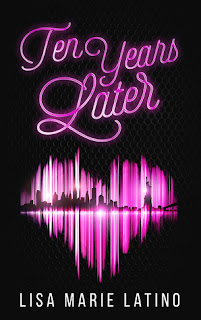 When New Jersey-based sports radio producer Carla D’Agostino receives a save-the-date for her ten-year high school reunion, she’s thrown into a tailspin. She’s miserably single, living at home with her old-school Italian-American family, and miles away from her dream job as a sports talk radio host.
She voices her discontent to her closest friends, the stunning Andrea, cheerful Katie, and playboy Dante, and they encourage Carla to stand up and fight for the life she wants.
Inspired by their words, Carla sets her plans in motion. She enlists the help of a personal trainer, tapes a sports commentary demo with Dante for her unconventional WSPS boss Dan, and gets back into the dating game for the first time since her heart was broken by her first love.
But the universe has different ideas for Carla than she has for herself, and she suffers setback after setback: Dan gives the afternoon host position to a Los Angeles import, and, worse yet, offers Dante a gig, which he accepts, much to Carla’s hurt and dismay.
More determined than ever, Carla continues to throw herself at life with gusto, and a series of surprises, both good and bad, lead her straight into the arms of a love that never really left.

As soon as I read the synopsis I was intrigued, I instantly wondered what it would be like to go to a reunion at my school. Would I be as worked up about it as Carla or would I enjoy going along to it. The honest answer is probably a bit of both, so let's see what I thought of Ten Years Later...

Carla is such a down to earth character this makes her feel all the more real and someone I could relate to. I liked that she isn't perfect and it was great to see her become more assertive as the book progresses. I was really hoping she would get her happy ending, not only in her work life but also romantically. The group of friends in this book were a great addition and I loved their interactions. It was great that they had kept up their friendship for so long even though they all had different personalities.

The story constantly made me smile, it was lots of fun and held my attention throughout. One of my favourite moments in the book has to be the part with Kevin I loved how it all played out. The story kept a good pace all the way through with no slow parts. At times I didn't want to put it down, I kept saying to myself just one more chapter!

I loved reading Ten Years Later it was such a fun, entertaining and engaging story. Lisa Marie Latino has created a delightful and heart warming story that left me with a smile.

Thank you to Long Shot Publishing and Lisa Marie Latino for kindly sending a copy through in exchange for an honest and unbiased opinion.

Lisa Marie Latino is CEO and executive producer of Long Shot Productions, a full-service media production company based in Fairfield, New Jersey. Latino’s career has produced numerous commercial, corporate, and entertainment programs that have taken her throughout the United States as well as Europe. In 2014, Latino co-launched Hip New Jersey (HipNewJersey.com), a lifestyle program featuring the latest trends around the Garden State. Latino has appeared on a wide variety of local television, network cable, and radio shows, including TLC’s Cake Boss and works in-season for the New York Giants Radio Network. She has also served as an adjunct broadcasting professor at Seton Hall University. In 2016, Latino will add “published author” to her list of achievements, with the release of the novel “Ten Years Later.” Latino graduated from Montclair State University in 2006 with a degree in broadcasting and speech communication. She currently lives in New Jersey.