Blog Tour - Review, Excerpt & Giveaway - A Little Luck, A Lot of Fate by Linn B. Halton

Thank you for joining me on the first day of the Blog Tour for A Little Luck, A Lot of Fate by Linn B. Halton. I have a review, an extract and a giveaway for you all today. First of all though lets take a little look at the book. 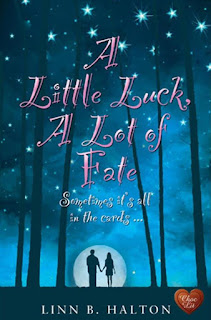 A LITTLE LUCK, A LOT OF FATE
BY LINN B. HALTON

When destiny calls, you need to pick up …

On the surface, Kristi Danielson has it all. She’s lifestyle coach to the rich and famous, has a bestselling book to her name and is described by her fans as “the veritable Queen of how to lead a fulfilling life”.

But the harsh truth is that Kristi has never practiced what she preaches. Her home life is a mess, her relationship with artist boyfriend, Tom, not much better – and now she has to redeem herself before all is lost.

At her wit’s end, Kristi is driven to seek out the help of Patrick Blakeslee, a tarot card reader and psychic medium, in an attempt to make sense of the mounting panic she’s feeling.

But Patrick’s visits have an unexpected effect on Kristi, leaving her with more questions than answers – and a life-changing decision to make.
BUY LINK
http://smarturl.it/ALittleLuckALotFate

When I read the description for A Little Luck, A Lot of Fate I was definitely intrigued, both the characters and story sounded interesting and just that little bit different.
So what did I think...

The characters in this book were well written and I found myself becoming more attached as the story progressed. It did take me a few chapters to get a feel for Kristi's character but the more I read the more interesting she became.

I enjoyed the fact that there was the added element of the unknown to this story with a psychic medium helping Kristi. It was interesting learning more on this subject than I had previously understood. I liked the idea that both Patrick and Kristi were helping people just in a different way and through different processes.

The story moves at a good pace and I liked the fact that the story was told from three different points of view. Now sometimes this can add confusion to a story but I never felt that with each person having a clear voice and distinct personality. The minor character of Eve has to get a special mention I loved seeing the friendship between Eve and Kristi develop throughout the story.

I was left feeling content and I am so glad I picked up this book the whole story definitely has a feel good vibe to it. The premise is lovely and I guess I would have to admit and say I am still on the fence as to whether I truly believe in the spiritual world. However I will say that wouldn't we all like to hope that we aren't alone and that someone is there to help or offer guidance if we ever need it. Even if you aren't a believer I am pretty sure this delightful story along with the engaging characters will draw you in.

Uplifting with a positive message!

Thank you to Linn B. Halton & Brook Cottage Books for my copy. This is my honest and unbiased opinion.

EXCERPT
I’m the middle child, sandwiched between my eldest brother, Luke, and the baby of the family, Drew. My mother had three brothers and so, as the only two daughters in two generations, we were always in the minority. That rather tends to shape the way you look at things and there are only two ways it can go. Either you are the one whose voice is seldom heard above the sea of testosterone around you, or you make yours the loudest voice of them all. You become the organiser; the one who leads – in short, my brothers accepted that I was in charge. Maybe it was because I had inherited the bossy gene, if such a thing exists. But, from a tender age, what I lacked in practical knowledge, I made up for with sheer common sense and the dubious ability to be believable.

I say dubious, because I learnt that I had the power to organise and control what went on around me. I was a natural. What surprised me was the fact that people around me loved being told what to do. They sought my advice, opening up to me and looking for guidance at every step of the way. As a teenager I felt I had a heady power and it gave me a sense of confidence. At the time I didn’t understand that it was something to be treated with respect and a healthy dose of reality. People simply lapped-up what I told them and that, I suppose, was the blessing that has become a curse. When people are unsure about what to do next they look around for someone strong to advise them. In their desperation they are grateful and comforted and the person delivering the advice? Well, it’s addictive and each little success elevates you in their eyes, as well as in your own.

The truth is that I am supremely confident when it comes to organising other people’s lives. I’m extremely proud of the fact that I can inspire others and encourage them to develop their full potential. When it comes to my own life, it’s held together with the emotional equivalent of string and Blu-tack. Simply put, I’m a fraud.

Money and fame go hand-in-hand and there isn’t a chat show worth mentioning that hasn’t featured me at some point in the last few years. My name constantly crops up around the world and even in countries like the US, Japan, and Sweden, it’s instantly recognisable. Grab Life and Run With It is in its fourth season in the UK and I’ve just signed a contract for a further six episodes. My fan club is full of hopeful people, eager to share each of their milestones on Twitter, as they follow my celebrated Twelve Steps to Finding YOU plan.

To the world it appears I have all of the trappings of success. The harsh reality is that I spend my time trying to cover the tracks of a life that has no balance. All I have is my work – there is nothing else. 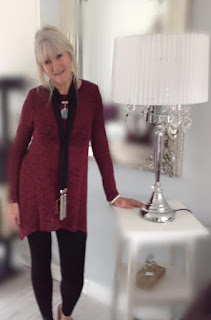 ABOUT LINN B HALTON

Bristol-born Linn B Halton lives on the edge of the small market town of Cinderford, in the Forest of Dean, in the UK.
"I'm a hopeless romantic, self-confessed chocaholic, and lover of strong coffee. For me, life is about family, friends, writing ... and house renovation! Oh, and the occasional glass of White Grenache..."
An Amazon UK Top 100 best-selling author with A Cottage in the Country in November 2015, Under The Stars also became a best-seller in November 2016. Linn's novels have been short-listed in the UK's Festival of Romance and the eFestival of Words Book Awards. Linn won the 2013 UK Festival of Romance: Innovation in Romantic Fiction award.
Linn writes chick lit, women's contemporary fiction and psychic romance for Choc Lit, Harper Impulse and Endeavour Press.

Three signed copies of A Little Sugar, A Lot of Love paperbacks.