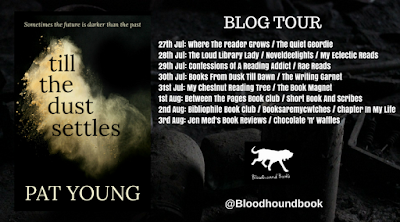 Thank you for joining me today I'm delighted to be one of the stops on the blog tour for Till the Dust Settles by Pat Young. Before you get the chance to check out my review let's take a look at the description for the book... 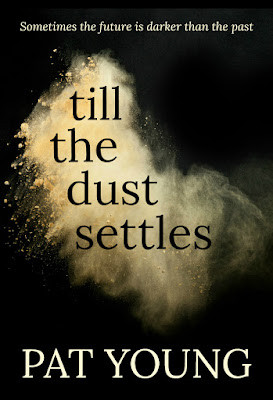 The lives of two women who never meet are about to collide.

Lucie married young. Her husband has become abusive, controlling and violent.  Having lost everything as a result of the marriage, Lucie decides it is time to walk away.

As she leaves the house on the morning of September 11th, heading to a job interview at the World Trade Centre and the promise of a new life, the unthinkable happens.

On a street in New York, choking on the dust, Lucie stumbles upon an opportunity for a new life.

She thought the grass would be greener. But starting again is never that simple…

Sometimes, what lies ahead is even more deadly.

As soon as I read the description I was intrigued I think mainly because of the book taking place during such a horrific event. It's an opening that held my complete attention as we are introduced to Lucie on this terrible day and I couldn't take my eyes from the pages as I read. I think it's safe to say if you were old enough you would remember the events of September 11th especially seeing the harrowing pictures and footage. Lucie makes quite a strong and brave decision that day when she sets out to leave her husband but suddenly she is pulled into making another decision that will change her life too.

Till the Dust Settles moves pretty quickly and because of Lucie's new life there is also this undercurrent of when will it all unravel for her. As other characters are revealed there are a few twists that kept me on my toes. I liked the fact that you got to see the story from a couple of different perspectives which I think helped move things along brilliantly.

Lucie is for the most part a likeable character although she does things that I had to maybe shake my head at. I felt for her situation and there was also an element of the fact that in her mind her actions were her only choice. I liked that the story shows us the what ifs - what if I had been early or late for something. Making a cup of coffee or going without, these questions often plague us after something happens but you make a choice and I guess you are left with the consequences just like Lucie is. There are some pretty despicable characters in this book and then you have the contrast with Dylan's character who is just trying to do the right thing by both his friends. There are secrets and lies from pretty much everyone and I couldn't wait to see how it would all turn out in the end.

An intriguing story that was so easy to lose myself in! 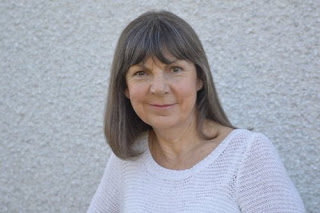 Pat Young grew up in the south west of Scotland where she still lives, sometimes. She often goes to the other extreme, the south west of France, in search of sunlight.
Pat never expected to be a writer. Then she found a discarded book with a wad of cash tucked in the flyleaf. ‘What if something awful happened to the person who lost this book?’ she thought, and she was off.
Pat knew nothing of writing, but she knew a thing or two about books, having studied English, French and German at Glasgow University. A passion for languages led to a career she loved and then a successful part-time business that allowed her some free-time, at last.
Pat had plans, none of which included sitting at her desk from daybreak till dusk. But some days she has to. Because there’s a story to be told. And when it’s done, she can go out to play. On zip-wires and abseil ropes, or just the tennis court.

Pat writes psychological thrillers. Till the Dust Settles is her debut, from Bloodhound Books.