Thank you for stopping by for my stop on the blog tour for Her Name is Mercie by Chris Roy and today you can catch a great Q&A with Chris Roy. First of all though let's take a look at the description for the book... 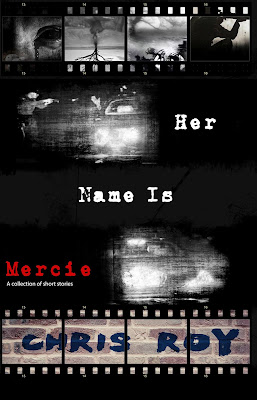 “Roy delivers on the edge of your seat storytelling with rough edges, crooked cops and a tiny light at the end of the tunnel that is never quite extinguished.”
- Tom Vater, journalist, co-founder of Crime Wave Press

Mercie Hillbrook lives a simple, quiet life working as a gas station attendant. Then her parents are killed. Her home is taken. The people responsible are excused for just doing their job. When an attempt to get justice her way lands her in trouble with the law, Mercie realizes she still has something to lose: her own life.

Then she finds reason to believe her parents were murdered… and she doesn't care anymore.

Thank you so much for having me. Let's do it!

2 - Is there a book you wish you could have written?

White Wolf by David Gemmell. Sword master with a warrior’s code teams up with an ax wielding war hero. The fight scenes are vivid and make you cheer. Life lessons and tragic love story sub-plots. Creatures of nightmare and sorcerers on murderous rampages. Fun.

Angel of the Dark by Sydney Sheldon. The writing wasn't very impressive. But the plot was a twisting mind f#ck. Blew me away at the end.

4 - If you were stranded on a desert island what three books would you want with you?

A couple of How To Survive On A Desert Island For Dummies-type books. And Papillon. He escaped from a remote island on a sack of coconuts.

5 - Do you have any strange writing habits?

My first drafts are handwritten. I type them on my phone in Google Docs, then edit, polish, ask the opinions of beta readers and polish a little more. I’ve never used a computer or word processor to type my work.

6 - Is there a specific place where you write?

There's only one place I can write: in my cell - on High Risk for 2 escapes, housed with Death Row - surrounded by chaos. Earlier, a guy near me was searched because he took a mop handle into his cell and broke it in half, and threatened to spear several guys he's having trouble with. Another guy has been screaming and beating on his door all day, trying to intimidate an officer into going and finding drugs. It's rarely quiet. Always loud in the day time when I write. I've scribbled away during floods, fires, and with pepper spray in the air.

I've see writing spaces in magazine features and thought, If I sat down there to pen a story… what would come out?

7 – Do you share any personality traits with the characters you have created?

Not in this book. In my thrillers I do. The protagonists are boxers, and have skills in automotive mechanics and some engineering knowledge. I put a lot of myself into the characters in my first books. This collection of short stories marks a transformation in style, a progression in my ability to craft better fiction. None of the characters are based on me or anyone else, nor are their traits.

8 -  Can you choose three words to describe your book Her Name is Mercie?

9 - Are you working on anything now?

Another dark fiction story titled Waste Management. I'll include an extract here and let it speak for itself. Will you share your opinion? I would appreciate some feedback. Leave a comment here. Better yet catch me on Twitter @AuthorChrisRoy. I would love to meet you there.

This should be published later this year, possibly in 2019, by Near to the Knuckle http://gritfiction.co.uk:

Life with Mother was a single Memory. An experience  continuum, with no clear divisions in time. The Memory changed from adolescence to adulthood, he knew. His days were not spent at school, on playgrounds or exploring the backyard with friends. TV was a treat limited to a single cartoon show. His days were the same Day. With the same person. Mother was the only person he knew, or was allowed to know.

His Day was a training schedule, learning tools and pipes and tubes and safety. Mother taught him everything he needed to be a pipe fitter.

Self-employed as a plumber, Mother could take him on jobs without his age being a hindrance. It was certain tools - the weight or oversized handles - that his ten year old hands struggled to master and kept him in the house.

“You keep saying you're ready, but you're not,” she told him. “Brazing and soldering you do well enough… for the crooks at DK Flush! You'll improve your welds with the MIG on the stainless drains, too, before you ever wear one of my tool belts…”

His hands were hardened, burnished from the endless practice. Every morning the shop area, cleaned the day before, became littered with jigs, tube benders, and piles of scrap metal. Copper, aluminum, stainless steel and PVC intertwined with welding leads and hoses for argon/helium shielding gas.
Dog-eared service manuals took up an entire wall, floor to ceiling, on shelves fabricated with 4130 steel tubing. From these he would study diagrams and procedures until lunch. The manuals were used for his evening lessons, also, when Mother constructed jobs for him to diagnose and repair. He hated having to recite the terms for each part and tool. But it was in this way he learned to read and write.
Mother had an independent nature she was adamant about passing on to him. A work ethic disciplined with her personal philosophy.

“No wasted movements, no wasted material,  no wasted time on activities that are counterproductive to providing for home or business!” they said together at breakfast, a pledge of allegiance.

His shoulders lifted, relaxed, gnawing pushed down again. It was years before he figured it out. The root of Mint’s philosophy-of-family progress. The meaning for it.
It was, in reality, a psychopathy, spawn from anti-establishment principles. A cruel present from Society. Wrapped by his father with a careless bow.

“Three years of battling cancer, your sister did,” Mother said. “While I warred against hospitals, insurance companies, banks and the good for nothing government…”

She would take off her sweatband and rub her face with it, he recalled, her next words hinting at a vendetta satiated.

“Know what your father did all that time?”

His lips moved, “What did he do, Mother?”

“Made a satisfying echo. Then slowly deteriorated.”

“No, my little Fitter. I plan better for you. He was infected, you see.  And there is only one fix for that. You'll learn better, or be washed away like him and the rest.”

Abandoned, in debt, Mother lost her house, and had to sell her trucks and tools to afford rent on a much smaller one… But was able to bring her daughter home,  alive  and  free of disease.

He was only a baby then. This part of the Memory was Mother’s. Though he could envision it and feel it as his own. She retold the experience to him in different ways, a new lesson in each. Life was cruel-type lessons.

“Your sister was given a small blow up pool to swim in for her welcome home party,” Mother said.

“I left her to play, made sandwiches for us and a bottle for you. I stomped back to the yard and called out, ‘Teresa! Let's eat, you little fish’. You know, she didn't answer.”

“Why not, Mother? Was she still in the pool?” He never had a pool. Once he asked if he had to get cancer to get one. And was slapped.

“The bread floated and the bottle sank”, she told him. “It was a day that life ran in reverse. So I just watched the bread float over her face and told her, ‘Welcome home, little fish’.”

Tea or Coffee
Coffee. I have a “stinger”, two short lengths of wire with pieces of metal attached to each. The metal pieces are bound together with a sliver of plastic in between them. I have a 32oz cup I hang from my wall socket and fill halfway with water. I place an 8oz milk carton containing fresh water inside the big cup. It floats. Placing the stinger in the water, I plug it in. Water is boiling hot in 5 minutes.
I rebuilt it a few days ago, after my nail clippers broke on my claw - my big toenail. Used the lever on the clippers, broke it in half and attached the pieces to thick wire salvaged from a wall socket. Good metal. It will last much longer than the cheap screws I used previously.

Night out or Day out
Day out. Preferably in the trails on a big, fast dirtbike, or on the water in a boat. Parks are beautiful, too.

Thank you again for taking the time to answer the Q&A!

Hey, I appreciate you hosting. This was fun. 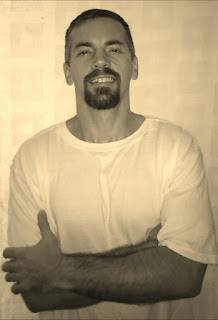 Chris Roy was raised in South Mississippi, in the midst of ugly Gulf Coast beaches and spectacular muddy bayous.

Chris lived comfortably with the criminal ventures of his youth until a fistfight in 1999 ended tragically. Since January, 2000, he's been serving a life sentence in the Mississippi Department of Corrections.

Nowadays he lives his life crime vicariously, through the edgy, fast-paced stories he pens, hoping to entertain readers. When he isn't writing, he's reading, drawing or looking for prospects to train in boxing.

You can find Chris Twitter @AuthorChrisRoy and on his Amazon Author Page: https://www.amazon.com/Chris-Roy/e/B00MF6LCHM
For more info on the author, visit:
www.unjustelement.com 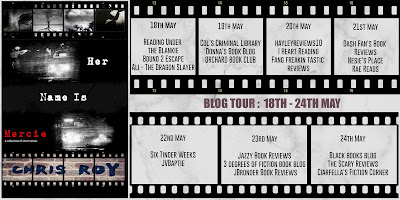