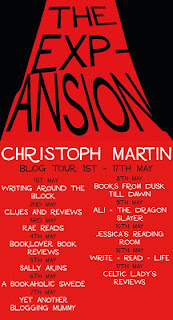 Thank you for joining me on the blog tour for The Expansion by Christoph Martin. Today I have a review to share but first of all let's take a look at the description for the book... 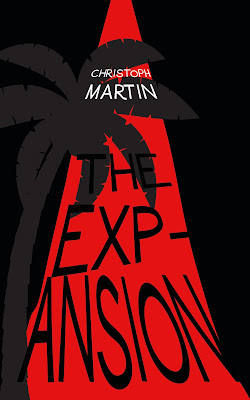 About the book
The Expansion
In politics and big business, truth is a matter of opinion.

Straddling the storyworlds of Panama, Washington and London, The Expansion follows British-born geomatic engineer Max Burns, whose revolutionary water-saving system wins him the esteemed position of head engineer for one of the 21st century’s most politically contested megaprojects: the expansion of the Panama Canal.

For Max it is a dream come true: not only is he able to work closely with construction giant and old high-school friend Godfredo Roco in one of the most beautiful tropical environments, but it’s the kind of job Max has been working toward his entire career.

Yet in the arena of global trade and diplomacy, stakes are high, and when a senior official of the Panama Canal Administration is found dead, Max finds himself in the frame for sabotage and murder, and at the centre of a web of political intrigue and betrayal that reaches far beyond the idyllic shores of Central America. The only person Max can trust is his new-found love, Karis Deen, a scientist with the Smithsonian Tropical Research Institute. Except Karis herself holds a secret that could not only destroy Max, but could change the entire balance of world power.
Buy Link
Amazon UK

I have to admit I was instantly intrigued by the description for this book I haven't read anything like this story in a while.
So what did I think...

The first couple of chapters managed to pull me into the story very easily and I really liked the fact that I got to see Max's back story. This way you find out about his early life and also his parents. I did notice that there were numerous characters but once I got the names straight in my head it was very easy to follow and to keep up with who was who. All of the characters were intriguing and had their flaws which made them pretty realistic. I thought Karis was a great character and her part in the story made everything all the more interesting. I have to admit that I enjoyed the parts following Karis slightly more than Max. I'm guessing that in my case I just felt more of a connection to her character.

The story managed to keep my interest with plenty of intrigue and double dealings along the way. I liked the fact that there was a fairly slow build up to the main events but this definitely gave you a feel for the characters and built up a little bit of tension too. I really enjoyed learning more about Panama, especially the canal as I had pretty much zero knowledge beforehand. So it was actually fun to read about a place that I probably won't get the chance to visit. The scene is set well and for the most part my interest was kept there are a couple of slower parts where my attention may have strayed. However I was still very interested to see how everything would turn out in the end.

The Expansion is packed full of secrets, betrayals and plenty of politics to keep you intrigued!

Thank you to the authors & Rachel at Authoright for the opportunity to join the blog tour and also for my copy of the book. This is my honest and unbiased opinion.

Christoph Martin is the writing team of Christoph Martin Zollinger and Libby O’Loghlin. Christoph Zollinger is a Swiss entrepreneur whose career spans legal, military, corporate and private enterprise. Christoph graduated with a law degree from the University of Zürich, after which time he went on to live and work in Panama in corporate and private enterprise for more than a decade. In 2012 he returned to Switzerland with his wife and children. He divides his time between his home in Zürich and a tiny Alpine village in Graubünden.

Libby O'Loghlin is an Australian novelist and prize-winning short story writer who has a career in narrative media production, including film and television, as well as print and digital publishing. She has lived in the UK, USA and Malaysia, and she now lives with her family in Switzerland. 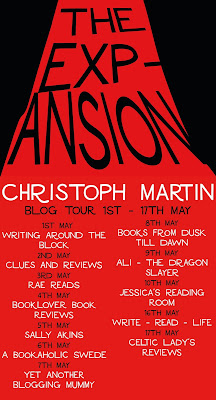