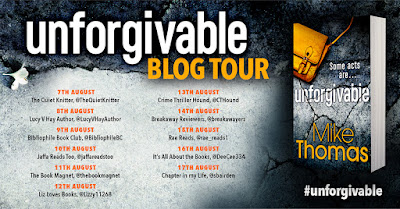 Thank you for joining me on the blog tour for Unforgivable by Mike Thomas I'm delighted to be sharing my review today along with an extract. 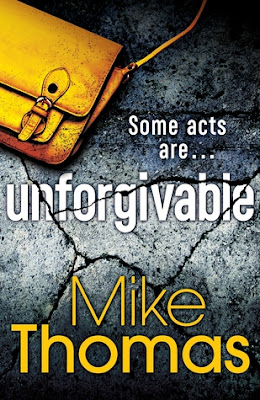 Bombs detonate in a busy souk, causing massive devastation.
An explosion rips apart a mosque, killing and injuring those inside.
But this isn't the Middle East - this is Cardiff . . .
In a city where tensions are already running high, DC Will MacReady and his colleagues begin the desperate hunt for the attacker. If they knew the 'why', then surely they can find the 'who'? But that isn't so easy, and time is fast running out . . .
MacReady is still trying to prove himself after the horrific events of the previous year, which left his sergeant injured and his job in jeopardy, so he feels sidelined when he's asked to investigate a vicious knife attack on a young woman.
But all is not as it seems with his new case, and soon MacReady must put everything on the line in order to do what is right.

Just two days after the market and mosque attacks, the city is slowly returning to normal despite the fact the bomber is still on the loose. As MacReady and the team start to make a couple of small breakthroughs in the case, a lone figure walks towards the biggest shopping centre in Cardiff – and he’s carrying a rucksack full of homemade pipe bombs…

So heavy, all this clothing. This rucksack. So hot.
Under cloudless sky he strides towards the entrance, across sculpted lawn and immaculate block pathways, the open space peppered with bag-laden shoppers, with Pret-stuffing businessmen, with giggling teens who sit beneath trees and sup on lattes, on iced drinks, smartphones never more than a few inches from their faces. People forget so quickly. Yesterday, the day after Bessemer, the Al Mahdi, they were fearful. Of enclosed areas, of large gatherings. He saw it on their faces: in railway stations, on buses, in the city centre’s pubs and bars and clubs. A tension there. Anxiety fizzing beneath the surface. Casting sideways glances. Watchful. Nervous. Trying not to appear so.
Now not one of them looks at him. Widens their eyes as they take in his appearance. Reels backward in terror as they push themselves away from him. Even after the news reports this morning, the photograph that is everywhere. There is nothing. Not a flicker of recognition, of anything remotely close to vigilance. Just ignorance and apathy and self-absorption, shocking in their measure, and deserving of punishment.
The skin between his shoulder blades prickles, a square of cold sweat. Head low, tucked into the raised collar. Baseball cap too tight on his head, pinching at hair and scalp. Sunglasses heavy across the bridge of his nose. Hands wrinkled and sopping inside leather gloves that he has jammed into the pockets of his jacket. The hiss of white noise in his ears, growing louder with every step.
This heat. Unbearable. He pauses after pushing through the glass doors, as the temperature-controlled air envelops him. Cools him a little. He savours it, checking about as he stands in his outfit. The jacket one he used to wear when tasked with stopping anyone seeking to do the very thing he was about to. When protecting the public. Serving them. The jacket is the only thing that might identify him. It’s a minor oversight, he realises now. Just like the market, the mosque, there have been no warnings, no coded telephone calls. He has nothing else on him. No wallet. No phone. No ID of any kind, other than what they might take from his fingertips, from his mouth for DNA, if they captured him. If they took him alive.
If.
Again, not a single head turns towards him as he stands, motionless bar the rise and fall of his chest, at the entrance to the shopping centre’s café quarter. Restaurants, eateries. Two entire floors of chain brands selling their overpriced, reheated wares to consumer zombies with their bags crammed full of expensive tat. Mouths chew at egg noodles, pasta, overpriced funky chips and pulse-ridden Super fucking Foods. The sight of it almost makes him do it right here, right now. He closes his eyes behind the sunglasses. Breathes deeply, listens to the white noise, the thump of his heart just-about-audible beneath.
Removes the security card. Congratulates himself again on his foresight. How he removed it long before they removed him. Swipe at the pad, the Staff Only door giving a slight tremor as its locks disable. A quick shift of the rucksack, higher onto his back, and he pushes through.
He’s in.

I have to talk about the opening chapter it's safe to say that it grabbed hold of me and I couldn't turn the pages fast enough. It's gritty and dark at times but this just made the story all the more gripping and addictive. The main point that I found was that the events in this book can and do take place which made it all the more chilling, from protest marches to actual bombs being detonated. The story feels very real almost as if you are a fly on the wall experiencing the events with the characters.

Will isn't perfect and for me it made his character much more believable. I always seem to appreciate a character more if they have flaws. Will makes mistakes but don't we all it's just all the more dangerous and significant if Will does. Even though this is the second Will MacReady story it didn't really feel as if there was any confusion from not reading the first story Ash and Bones. Although as with any series it does help to start at the beginning I guess just so you get more of the back story. I felt that I was given enough information to get a feel for Will's character without it being too much at once. There are a wide range of supporting characters who vary in how likeable they are.

It was great to see a couple of plot strands take place along with the bombings and it was interesting to see the investigations play out. The pacing of the story is pretty good with a good mix of high adrenaline scenes then seeing how they go about investigating the crimes. Mike Thomas has written an intriguing character and story that left me wanting more. 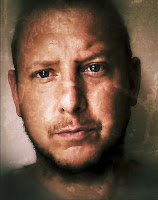 “…inexplicably, he joined the local constabulary and began locking people up for spraying graffiti around the town’s walls and office blocks…”

While working as a plod in Wales’ capital city of Cardiff, Thomas continued with his childhood passion: writing. As a freelance he produced articles for local newspapers, various websites and national travel magazines, while in 2007 he was one of the winners in the annual Rhys Davies Short Story Competition organised by Literature Wales. After completing a Master’s degree in Creative Writing at the University of Wales between 2007 and 2009, Thomas published his debut novel, Pocket Notebook, in 2010 with William Heinemann/Penguin Random House.

The author was on the prestigious list of Waterstones’ ‘New Voices’ for that year, while Pocket Notebook was longlisted for the Wales Book of the Year and optioned for television by Carnival Films, the producers of Downton Abbey. His second novel, Ugly Bus, was released by Heinemann in 2014 and is currently in development as a six part television series with the BBC. Both novels deal with the uglier side of policing.

Thomas left the police in the spring of 2015 and grew his hair and a pathetic attempt at a beard. He currently lives in the wilds of Portugal with his wife and children. Alongside chopping wood, cementing crumbling house walls and trying to find somewhere that sells his beloved Marmite, he continues to write articles and web pieces for a variety of sites and publications, and is contracted to London’s Bonnier Publishing for three new novels, the first of which – Ash and Bones – was released August 2016. The second in the series, Splinter, is due for publication in the summer of 2017.