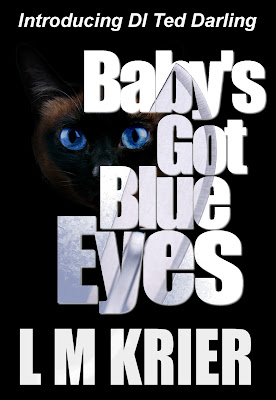 Someone is dumping bodies on DI Ted Darling's patch and he's not happy. Ted's a good solid copper, in an old-fashioned way, with an excellent clear-up rate. He's not at all like your average cop and has his own unique way of dealing with any prejudice his differences bring him. No heavy drinking, no failed marriage, just a steady, long-term relationship. He and his partner have cats, not kids.

But this serial killer seems to be running effortless rings round Ted and his team. Every promising lead just takes them up another frustrating blind alley.

Then it starts to get personal … 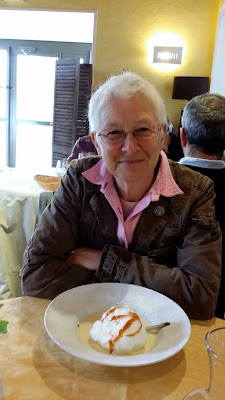 Lesley's first crime thriller, 'Baby's Got Blue Eyes', was published in February 2015, followed by 'Two Little Boys' in June 2015. Books 3 and 4 in the DI Ted Darling series, 'When I'm Old and Grey' and 'Shut Up and Drive' are now available and Book 5 in the series will appear later in 2016.

"Sell the Pig" is the first in a series of travel memoirs describing how Lesley, writing as Tottie Limejuice, decided to make the move from the UK to France to start a new life, taking with her an 89-year-old mother suffering from vascular dementia. The story continues in three further books, 'Is That Billinge Lump?', 'Mother, Was It Worth It?' and 'Biff the Useless Mention'. A fifth book in the 'Sell the Pig' series is scheduled for release later in 2016.

Her first children's fiction book, writing as L M Kay, will be published later in 2016. 'The Dog with the Golden Eyes' is an exciting children's crime thriller.

Lesley also writes under the collective pen name of Jilli Lime-Holt, together with authors Jill Pennington and Janet Holt. Their first joint book, Take Three Birds, was published in December 2014.

Lesley is a former journalist, working as both a criminal court and coroner's court reporter. She also worked as a case tracker for the Crown Prosecution Service, and for a firm investigating irregularities in offshore finance. Her other jobs have included owning and running a holiday riding centre and acting as a 'charity mugger', lying in wait to sign up shoppers for a wildlife charity.