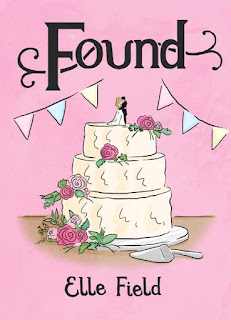 "How did people even come up with the idea of these dizzying skyscrapers, let alone work out how to make them possible? Whoever built the Empire State Building and the Chrysler Building, their legacy will live on forever. What sort of a difference will I ever make?"

Who knew one flight could change everything? When Arielle Lockley stepped on the plane at Heathrow, she never realised how different her life would be when she touched down in New York City. Now she’s dealing with that aftermath, as well as trying to find common ground with Etta, her new and unexpected business partner.

But, trying to sort out business in London whilst her fiancé, Piers, recovers from surgery in New York, is starting to take its toll on their relationship. Can Arielle and Etta work together to continue Felicity’s legacy without destroying it, and will Arielle and Piers even make it down the aisle to say "I do"?

Find out whether Arielle gets her happily ever after in the final part of the warm and wonderful Arielle Lockley series.

Now I have to admit I wasn't sure about Arielle back when I first read Kept. However after reading all of the series I ended up feeling as if I knew her personally. Found is the last book in the Arielle Lockley series and I really hoped she would find her happy ending. The only thing I would mention is that I think it would help to read Kept, Lost & B-Side. It just helps to avoid confusion with any of the characters and things that happened in the previous books.

One of my favourite characters apart from Arielle is Ob, he is so likeable and such a good friend to Arielle. Although I have to say all of the characters in Found are well written. By the end of the Arielle Lockley series I felt like I had gotten to know all of them really well.

The prologue is actually one of my favourite parts of the book. It just helped to explain everything that had happened at the beginning of Kept. I had grown to love Piers as a character but it had always niggled a little as to why he acted the way he did right back at the start. It was great to see things from his point of view and to understand his actions.

I loved the descriptions of New York, I have been lucky enough to spend a few days there. Elle's writing took me right back to when I visited, it was lovely to reminisce.

I really enjoyed Found, it was a fitting end to the series and even though I was a quite sad to finish the book I was left with a smile!

The Arielle Lockley series of books are smart and witty with some great characters.

Found is definitely one of my favourite books from this year!

If you’ve read all five of my books – thank you if you have! – you’ll notice that my characters in Geli Voyante’s Hot or Not make cameos in the Arielle Lockley books. And vice-versa. Ramone, the famous fashion designer has scenes in both Geli and the Arielle books whilst, more recently, Theo (Geli’s love interest) pops up in B-Side and we get to glean a little bit about what Geli is now up to from a snippet in Found.

I adore how the five books cross-over, though at times it was a logistical nightmare to ensure that they were able to realistically make their cameos. I had Theo popping up in London in the Arielle Lockley series, for example, yet at the same time in Geli’s world he was actually in South Africa – I swiftly fixed that!

It’s also made slightly more difficult because all five books are set in 2007-8, so it’s not just making sure there are no inconsistencies between the books’ time frames, it’s also tying in the books with events from nearly ten years ago. If the characters from Arielle and Geli were to make a cameo appearance in any of my future books, their characters are going to be a good ten years older than when we left them – that’s going to give us some pretty awesome insight into where they’ve ended up, though whether their lives will be better or worse… who knows!

Going forwards, other than two books I have drafts of which are also set in 2007-8, I am very much looking forward to writing in the here and now. Of course, not everyone reads a book the second it’s published so books can become dated pretty quickly – they are only “current” for so long.


Do you prefer to read books that are contemporary, or are you a fan of books that take you back to another time? 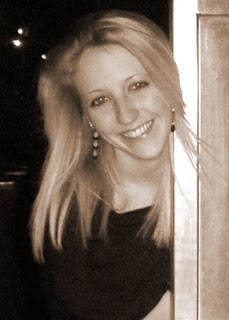 Elle Field writes coming of age romantic comedies, and is the author of the Arielle Lockley series and Geli Voyante’s Hot or Not. She grew up in Yorkshire, then moved to Scotland to study International Relations and Social Anthropology at the University of St Andrews.

Elle now lives in London with her boyfriend and their cat. She’s a massive fan of sunshine, giraffes, The Killers, Audrey Hepburn movies, playing Scrabble, musicals and tea. Oh, and reading, of course!

To celebrate the publication of Found, Elle is running a giveaway. Prizes are an Amazon voucher, paperback copies of B-Side and Found, plus a handmade necklace from Vaux Street (x2). 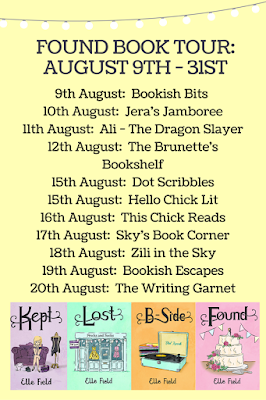 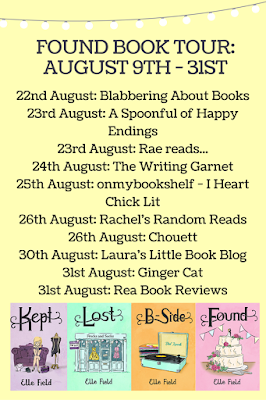