Chances Are
by Wendy Lou Jones 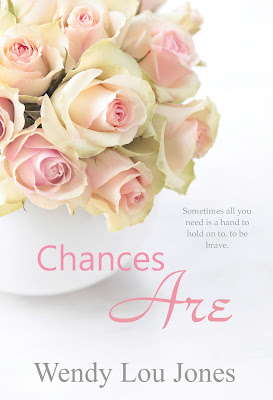 Luke is the man with the money, the fast car and the hot woman. There’s no way he would even think about getting serious, but a face he can’t remember soon threatens his calm.
Rebecca isn’t interested in a relationship, and definitely not with him. How could she, after all he put her through? She’s spent the last 4 years hiding away from society, a one-woman crusade for children’s road safety. Who would have thought one fateful day, it might almost be her ... again.

Not if she can help it.

Close up, she was like a porcelain doll, fragile and poised. Her skin was nearly as pale as her hair. Only her lips, with their deep pomegranate flush and those denim blue eyes brought life to an otherwise frosty palette and that dazzled him.

She seemed so together now, quite a different woman from the one he had witnessed before. He tried to think of a reason to speak to her, but nothing would come to mind. She paid for her milk and butter and glanced sideways at him, so cool and detached in his presence, and then she left the shop.

Luke placed his tin on the counter and chased after her. The lady behind the till called out to him as he sprinted away, but he ignored her. He needed to speak to the woman.

He caught up with her in a matter of seconds, catching her by the elbow as she tried to walk away.
The woman turned and looked daggers at him and Luke was disarmed. He held up his hands. “I’m sorry.” He took a step back. “I just wanted to apologise for the other day.”

The woman said nothing, just looked at him and Luke felt his confidence slipping.

“I … I shouldn’t have left you there on the side of the road.”

“You shouldn’t have tried to knock me down in the first place,” she shot back, before he could blink.

Luke had not been prepared for an attack. “Er. No. But you did step out in front of me.”

“Well you should have been paying more attention, shouldn’t you?”

She tried to turn away.

“Look.” This was definitely not going to plan. “I just wanted to say I was sorry.”

“What for, in particular?”

The woman rolled her eyes and tried to turn away from him, but he reached for her again.

“Wait. What did you mean by that? For the other day, of course. I’m sure I apologised at the time, but … you were just a bit … vacant. You probably don’t remember.”

“I’m sorry. What I’m trying to say is I should have made sure you were okay. I had hoped we could be civil about this.” Apparently not.

“Civil is a lawsuit, Luke. Go drive your fancy car with your fancy girlfriend and leave me alone,” and she stormed away from him up the road.

Luke’s jaw hung open. Such contempt from a woman he’d barely met. But the thing that had shaken him most of all, was that she seemed to know him. 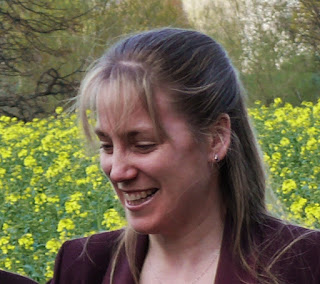 My name is Wendy Lou Jones. I was born and raised in West Sussex, England and moved to Birmingham to study Medicine at University, where I was lucky enough to meet my husband. We now live in a little village in Herefordshire with our two grubby boys. I discovered a love of writing not long after my youngest son started school. And if you were to ask me what it was that made me make the switch, I’d tell you quite simply, that it started with a dream.

I don't really know where to begin other than to start by saying how I became completely engrossed in this story. I really became invested in the characters and I loved how both Luke and Rebecca transformed in this story. It was interesting to see them grow and evolve just in their different ways. I don't think anyone reading this book will like Luke to start with as to put it bluntly he is pretty arrogant! Rebecca is stuck in the past and I could certainly understand why. However Wendy Lou Jones handled how Rebecca slowly surfaced through her grief brilliantly.

Loss is a major theme throughout the book but it is handled sensitively and the love story is beautifully written. Chances Are tells the story of a sweet and passionate romance.

Once I started this book I found it hard to put down and I read quite late into the evening which I don't normally like to do. This was because the book grabbed my attention and before I knew it I was totally immersed in the story.

Wendy manages to bring her characters to life and I really felt like I knew Rebecca and Luke by the end of this book. The story was beautifully told and I am so glad that I got the chance to read this book.

I am determined after reading Chances Are to read more books by Wendy Lou Jones.

Chances Are is full of charm and romance with a lovely captivating story!

Five stars from me!
(I would give it more if I could)

Thank you to Brook Cottage Books & Wendy Lou Jones for my copy in exchange for an honest and unbiased opinion.