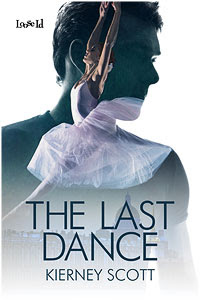 Blurb: American born Prima Ballerina Georgina Fairly made a mistake that could destroy her. Saving her career means selling her soul to the Russian government. Now a spy who uses her body to lure men and secure their secrets, Georgina is tasked with seducing Roman Zakharov, the most dangerous Oligarch in Russia.

Roman Zakharov a man with a past as ugly as his disfigured face. An assassination attempt left him horribly burned, but the scars go deeper than the frightening exterior. Jaded and cruel, Roman lets Georgina into his world but only to punish her and teach the pretty dancer that no one crosses Roman Zakharov. He will show her what it means to be used. And he will teach her to beg.

American born Kierney Scott, lives in Edinburgh, Scotland with her kilt wearing husband and their daughter. When she is not writing, she is reading or drinking tea or spending far too much time on social media. She is fluent in Spanish, and by that she means she knows all the words to La Bamba. She loves hearing from readers. You can contact her on Facebook or Twitter.