At age ten, Riley Lambert watched helplessly as her sister was abducted from her bedroom. Fifteen years later, she’s channeled the pain of her past into a career as an FBI profiler. Riley devotes her life to bringing violent criminals to justice…and secretly uses government resources to search for her sister, who was never found.
When Riley gets a call from the only man who’s ever swept her off her feet with a killer two-step and dangerous smile—ex-Navy SEAL Thayne Blackwood of Singing River, Wyoming—it stirs up dark memories. Thayne’s sister, Cheyenne, has been kidnapped. There are no leads, and the only witness is the victim’s Alzheimer’s-afflicted grandmother.
Desperate to find Cheyenne, Thayne needs Riley’s expertise. With time running short, they delve into dangerous small-town secrets while fighting against an increasingly ruthless adversary. But when her past and his present collide in a shocking revelation, can they overcome the secrets that have kept them apart? 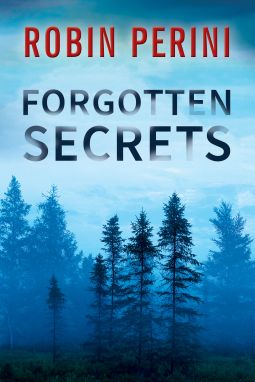 Robin Perini has managed to create a great character in Riley she is strong, determined but with a trauma in her past which she can't move on from. She is well written and I got a real insight into her character. Although all of the characters in this book help to create a really engaging story.

This book grabbed my attention right from the start and kept me hooked all the way through. It moved at a good pace with no slow parts. I thought the flashbacks to Madison were interesting and they helped build up the back story of Riley. It was also great to read the story from different points of view. One of the best things about the book was how it kept me guessing. I really wasn't sure how everything would end.

I finished Forgotten Secrets quite quickly it was the type of book I couldn’t seem to put down.

This book is a great thriller with a story that makes you want to stay up late reading.

Forgotten Secrets is packed with mystery, action and great characters!

Thank you to Montlake Romance & Netgalley for my copy in exchange for an honest and unbiased review.

Buy now from Amazon.co.uk and Amazon.com