A Chateau for Sale by Carrie Parker #Review #BlogTour @BrookCottagebks

Thank you for joining me on the blog tour for A Chateau for Sale by Carrie Parker. Today I have my review to share and there is also the chance to enter a great giveaway.
First of all let's take a look at the description for the book... 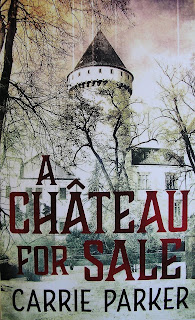 A CHATEAU FOR SALE
BY CARRIE PARKER

Genre: Romantic thriller
Release Date:  13th January 2017
Publisher: Acorn Independent Press
Kate is living an idyllic life in the Kent countryside until she falls in love with her new neighbour, Nick. She still loves her husband, Alastair, and she doesn't want to choose. Inevitably, she has to, but escaping with Nick to his château in southern France proves to be the worst decision of her life.
The betrayal of her beloved husband, Alastair, leaves Kate racked with guilt, but things are only going to get worse. She never imagined how fiercely loyal Alastair’s best friend, Richard, would prove to be . . . nor the devastating consequences of his loyalty.
Instead of the new start that she’d hoped for, Kate’s life at the château descends into a nightmare, taking her to the brink of despair . . . and when you’re desperate you’ll do anything.
What starts as a romance soon takes a much darker turn as the dramatic and unpredictable plot unfolds, twisting and turning, always with the château at its centre.
The novel captures the essence of rural France, from the descriptions of the countryside and villages to the insights into the lives of the locals and in-comers alike.
An ideal holiday read, A Château for Sale is also a cautionary tale for anyone dreaming of starting a new life in the sun!
BUY LINKS
Amazon
https://www.amazon.co.uk/Chateau-Sale-Carrie-Parker/dp/1911079646

I have to say that I found the story intriguing especially when you add in this particular set of characters. It's safe to say that they nearly all had their flaws with infidelity, lies and definitely making the wrong decisions. It's quite tricky to describe my feelings about Kate as I don't want to give anything away but some of her actions had me scratching my head in a little bit of disbelief. However on the other hand I could see how she just gets caught up in something that basically spirals out of her control. I wouldn't say that the characters are wholly likeable but I never see this as a bad thing people aren't always good 100% of the time and people can sometimes set off on a path that is hard to put a stop to.

The story flowed pretty well although there are some jumps in the story as we look back at certain events but it is quite easy to follow along with. There are quite few twists and turns with a few surprises along the way too. I enjoyed the descriptions of France and the idea that a new life in the sun may not live up to expectations. I couldn't help but to keep reading wondering what would happen next and more importantly how everything would end. There is that little bit of a tense feeling that follows the story throughout and this makes it all the more interesting. I would say that the story is more of a thriller than a romance but there is an element of it in there especially with complex relationships being explored. I enjoyed the fact that it was a little bit different and I didn't quite know how everything would turn out.

Intriguing with a level of suspense that will keep you entertained!
With thanks to Brook Cottage Books & Carrie Parker for my copy. This is my honest and unbiased opinion. 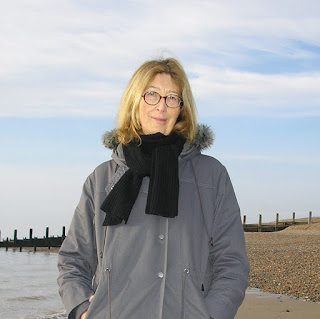 ABOUT CARRIE PARKER
Born in Yorkshire, Carrie Parker graduated from Royal Holloway College, University of London, with a degree in chemistry and no idea of a career.  An extended road trip across Europe and as far east as Iran convinced her that the career had to involve travelling the world.  Eventually, after gaining a PhD in biochemistry and some time spent working as an editorial assistant on a science journal, she took a job in New Zealand.  Returning to the UK a few years later, via south-east Asia, she began her career in overseas development which lasted for over 20 years and took her all over the world.  On the first of many working trips to India she met her husband and in the late 1990s they moved to south west France where they lived for several years, working as consultants.  Returning to the UK, they split their time between East Sussex and Crete.
Writing has always been an important part of Carrie's work and, whilst in Crete, she started to write fiction.  In 2015, now settled on the beach in East Sussex, she decided to write full time.  The result is 'A Château for Sale', published in early 2017.  Her second novel, set in New Zealand and Crete, is expected to be published early in 2018.
Facebook: https://en-gb.facebook.com/carrieparkeratacorn/
Goodreads Author Page: www.goodreads.com/author/show/4399131.Carrie_Parker