Thank you for stopping by I have a lovely blitz day for A Lion is Not Just for Christmas by Henriette Gyland. I'm also delighted to be sharing a guest post from Henriette along with a short extract from the book. 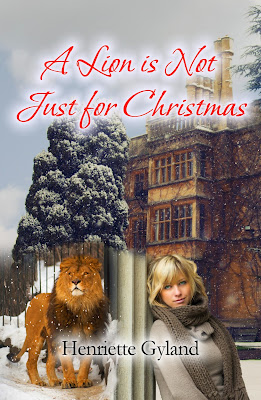 Series: 2nd in the Sweet Romance Mysteries series set in Norfolk
Genre: Romance mystery
Release Date: 20th December 2017
Is there life after the circus has left town?
Circus performer Justine Belmont works with big cats, but when the circus is disbanded and the old lion is sold to a private menagerie at a stately home in Norfolk, she is asked to spend a few weeks settling him into his new environment. When she arrives at the estate, however, she receives a mixed welcome.
The groundsman Tom Yates resents her presence as he doesn’t feel he needs her help with the lion. He revises his opinion when he sees the bond between her and the big cat, and she and Tom grow closer, although Justine remains torn about her feelings for him.  The lady of the house, Priscilla - who is married to the reclusive owner, Lord Brooks’s, grandson - is not so easily convinced. She perceives Justine as a threat for the male attention and her plans for the manor. And her two young daughters are a little too curious about the lion for their own good.
When unsettling events occur, Justine begins to wonder if there is more to Priscilla’s animosity than meets the eye. Can Justine keep herself and everyone else safe until it’s time for her to leave again and start a new life elsewhere?
Buy Links

The theme in A Lion Is Not Just For Christmas is essentially one of new beginnings, of launching oneself into the unknown.

I, too, have had my fair share of new beginnings, from anything to a new job, new house, new town, to new baby, new boyfriend, and most recently, about four years ago, finding myself single again after my husband and I decided to go our separate ways. They say that every new beginning is hard, and although it was an agreed split, that one certainly was. Twenty-two years of togetherness to unravel, well, imagine a very, very, very long plait that has to be unplaited. It’s so long that your fingers ache before you get to the top! What’s more, the lives of other people around you are affected too, like ripples in a pond.

Children, in-laws, extended families, mutual friends etc. all feel the brunt of it although that’s never the intention. And then there are all those decisions that have to be made regarding practical matters: bank accounts, mortgage, whose name on the utility bills, who gets what, where do we live, where do the cats go, do I move my wedding ring to my other hand or simply take it off? In themselves small matters which together add up to more than the sum of their parts.

This is, of course, the storm before the quiet. When you close that particular chapter, this is when the real work begins, and you step blind-folded into the abyss. Sad and depressing? Not at all, because new beginnings can be FUN! A chance for different experiences, to pursue your dreams, to make decisions without negotiation, to eat pasta for breakfast and chocolate for tea, paint your walls emerald or purple, watch Game of Thrones back to back or cry stupidly over Love, Actually. And all of this comes guilt-free, like low-fat salad dressing or non-alcoholic beer. Yep, truly. 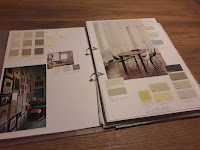 A important thing for me was the prospect of creating a new home, in a style and layout I was comfortable with. While I was feeling a little bored with the length of time it took for the sale of our old house to go through, I even made my own mood boards from magazine cuttings and paint colour charts so I could keep the vision clear in my mind. Of course it didn’t quite turn out as all that – does it ever? Because of the drastic downsize we had boxes everywhere. We sat on boxes, we stacked boxes high against the walls, we climbed over boxes to get into bed. Admittedly many of the boxes were filled with books, my guilty pleasure (now completely guilt-free J ), and although I have since given some of them to charity shops or church bazaars, I still have a lot left. Did I mention that I love books…?

At times this climbing-over-boxes malarkey was fun in a slightly maddening way, at other times it was too tedious for words. Not to mention the items of furniture that didn’t fit where they were supposed to go because somebody (i.e. me) hadn’t measured up properly, and I had to resort to Plan B, Plan C and even Plan D!

But we got there in the end, by maintaining our focus and our sense of humour. In the same way that Justine in A Lion Is Not Just For Christmas has to embrace an uncertain future when the family circus closes down, I also embraced my new beginning, at first with a sense of trepidation, then with increasingly confident strides. And like Justine, I don’t know what the future will bring; all I know is that it’s what we make of it.

SHORT EXTRACT
Scene when Justine and Tom meet, in reality, for the second time.
“I remember you.
Not many men had red hair like that and wore it so unashamedly loose like a rose gold crown. This groundsman – Tom – was the reason Justine had nearly missed a step during the last performance of the season. As far as she was aware ginger men preferred to keep their hair cropped short or even shaved off, fearing that it would make them look effeminate. Or something like that.
There was nothing effeminate about this guy. On the contrary, Justine thought, drinking in his broad shoulders, strong hands and sturdy workman’s clothes. He was every bit a man.” 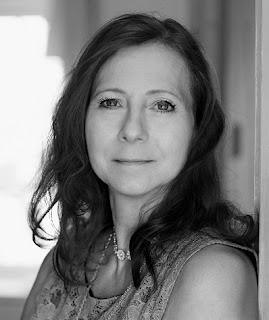 Henriette Gyland grew up in Northern Denmark but moved to England after she graduated from the University of Copenhagen. She wrote her first book when she was ten, a tale of two orphan sisters running away to Egypt, fortunately to be adopted by a perfect family they meet on the Orient Express.

Between that first literary exploit and now, she has worked in the Danish civil service, for a travel agent, a consultancy company, in banking, hospital administration, and for a county court before setting herself up as a freelance translator and linguist. Henriette recently began to pursue her writing in earnest winning the New Talent Award in 2011 from the Festival of Romance and a Commended from the Yeovil Literary Prize.