Secrets of the Dead by Carol Wyer @carolewyer #Review @bookouture#BlogTour

I am delighted to be one of the stops on today's blog tour for Secrets of the Dead by Carol Wyer. If you get chance head over to Jen Med's Book Reviews too. Today I have my review to share but first of all let's take a look at the description for the book... 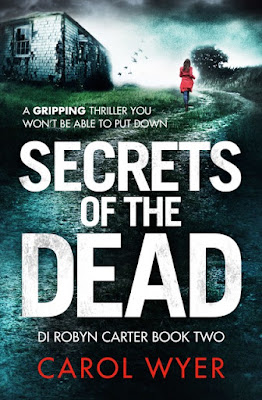 Three murders. Three innocent victims. What secrets did they share with their killer?

A bottle of bubble bath and colourful, plastic boats were scattered in small puddles on the floor. In the bathtub lay Linda Upton, fully-clothed, her lips a shade of blue, and her bloodshot eyes wide open.

When a young mother is found drowned in the bath, clutching a receipt saying ‘all debts paid’, Detective Robyn Carter knows it’s just the beginning of a harrowing case. She recognises the signs of a serial killer, and when a second victim with a receipt is found, her worst fears are confirmed.

With the local press whipping the public into a frenzy, Robyn is under pressure to solve the crime yesterday. But her team can’t find a link between the two bodies, and the cracks are starting to show.

Just when her leads have dried up, Robyn discovers an unsettling clue she thinks could unlock the case. But as she chases across the plush carpets and manicured lawns of the wealthy elite, honing in on the killer’s shocking motive, one of her own is put in terrible danger.

The press call him The Leopard for his stealth, speed and brutality. Can Robyn stop the most twisted killer of her career before it’s too late?

A heart-pounding, toe-curling, one-sitting serial killer thriller that will hook you from the first page till the last. Perfect for fans of Angela Marsons, Rachel Abbott and Karin Slaughter.

After reading Little Girl Lost earlier this year I couldn't wait to read the next book in the series. I loved getting to know Robyn Carter and after reading this story she is fast becoming one of my favourite characters from a book.


It was so easy to become immersed in this book mainly because the way Carol Wyer writes such a thrilling story but also the characters. Robyn Carter is on form in book two and it was great catching up with her again. I love her work ethic and how she thinks outside the box, her team are supportive and it was great to catch up with them all again. Robyn believes in going by her gut instinct even when people think she's completely wrong. She is a well written character who on occasion makes mistakes but picks herself up and carries on with sheer determination. I especially enjoyed how Robyn teamed up with Ross again with him looking into the deaths in his role as a private investigator. It is emotional at times as Robyn reminiscences about Davies and you can completely feel her grief.

The whole book moves at a good pace keeping me interested in all the events that take place. A bit gory at times but it ties in perfectly with the storyline and helps to create the extra tension within the story. The killer has a chilling and grisly way of committing the murders. I was transfixed while I was reading and definitely had to read this book with the lights on! With a great amount of tension to keep you reading wondering how everything will turn out in the end. Just like in Little Girl Lost there are some unpredictable events that helped to keep me on my toes regarding the plot. Robyn Carter is such a fantastic character, she is strong and always determined to solve a case. Combined with a gripping story you really can't ask for more!

With thanks to Kim at Bookouture for my copy and for the invite to join the blog tour. This is my honest and unbiased opinion. 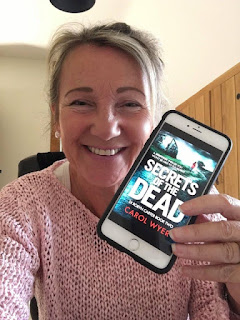 About the author
As a child Carol Wyer was always moving, and relied on humour to fit in at new schools. A funny short story won her popularity, planting the seed of becoming a writer. Her career spans dry cleaning, running a language teaching company, and boxercise coaching. Now writing full-time, Carol has several books published by Safkhet and journalism in many magazines.
Carol won The People’s Book Prize Award for non-fiction (2015), and can sometimes be found performing her stand-up comedy routine Laugh While You Still Have Teeth.
http://www.carolewyer.co.uk
https://www.facebook.com/AuthorCarolEWyer
https://twitter.com/carolewyer 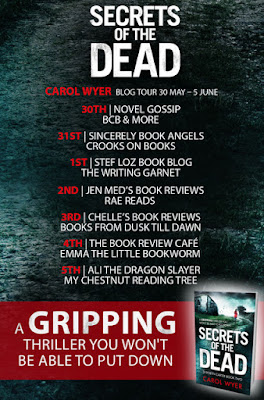