Thank you for joining me on the blog tour for The Truth About Gemma Grey by Sophie Ranald. Today Sophie is talking about her writing life and there is also fab giveaway to enter too! 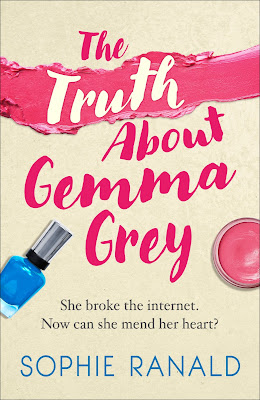 THE TRUTH ABOUT GEMMA GREY
BY SOPHIE RANALD

Genre: Chick lit/romantic comedy
Release Date: 19 June 2017
Life isn’t working out quite as Gemma had planned. Her breakthrough job turns out to involve writing clickbait articles about cats. Her boyfriend Jack is off travelling the world with his glamorous BFF and her mum’s social life puts Gemma’s own to shame.
Then, after a late-night online rant, Gemma’s YouTube channel goes viral and everything changes.
Suddenly, she’s living the dream – only it’s not turning out entirely as she imagined.
Gemma realises she’ll have to choose between fame, real love and being true to herself – because she can’t have it all. Or can she?
BUY LINKS
https://www.amazon.co.uk/dp/B071KKJ5JL

A sit-down with Sophie Ranald

Sophie’s fifth novel, The Truth About Gemma Grey, is released this week. I chatted to her about her writing life.

Describe The Truth About Gemma Grey in five words?

Tell us a bit about your journey as a writer.

As a journalist and editor, writing has always been my day job, but I longed to have a go at writing a novel. When I was made redundant in 2011, it seemed like my opportunity to see whether I could make it work. I had a novel that I’d started a while before, so I set about finishing that, and I did – but I realised that it would never be publishable. The idea for It Would Be Wrong to Steal My Sister’s Boyfriend (Wouldn’t It?) had been building up in my head, so I started work on that and finished it very quickly. Then followed a year or so of submitting to agents, editing and the like, before it was released in August 2013. In October it made the Amazon UK top 10, and I thought, “I can do this!” I suppose the rest is history!

When I start writing a novel, I have a pretty good idea of what’s going to happen. I produce a rough plot outline, then build on it as I go along. I work in Scrivener, which is a really brilliant tool and allows you to build scenes and move them around. I don’t plot everything in minute detail though – that would take the fun out of it!

What’s the hardest thing about writing?

Everything! I wish I was one of those authors who say they are compelled to write and would write even if no one ever read their books. It’s not like that for me – I find writing quite hard, although there are moments when it goes right and feels amazing. I comfort myself with the words of the brilliant Dorothy Parker, who said: “I hate writing, I love having written.”

Who is your favourite character in your novels?

That’s a tough one. I get close to all the characters in my books and they’re all special to me in their own way. But if I had to pick one to meet in real life, it would probably be Felix from You Can’t Fall in Love with Your Ex (Can you?). I have to admit I fell a bit in love with him while writing the novel, which sounds really weird, doesn’t it?

What can we expect from you next?

I’m working on a sixth novel, which I hope will be released before Christmas. It’s a romantic comedy set in the world of high finance. I could tell you more but then I’d have to kill you.

And the quick-fire round…

Tea or coffee?
I am passionately loyal to coffee and start every day with a double espresso. But I have to admit to a recent dalliance with Taylors Sour Cherry tea – it’s delicious, like Bakewell tart in drink form.

Cats or dogs?
Cats all the way. My darling Purrs has been at my side and often on my lap for the whole of my journey as a writer.

High heels or trainers?
My head says trainers but my heart says heels! My feet don’t get to decide.

Dairy Milk or Galaxy?
Neither. I love really intense dark chocolate, but wine gums are my trashy confectionery of choice. 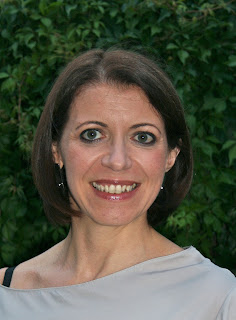 ABOUT THE AUTHOR
Sophie Ranald is the youngest of five sisters. She was born in Zimbabwe and lived in South Africa until an acute case of itchy feet brought her to London in her mid-20s. As an editor for a customer publishing agency, Sophie developed her fiction-writing skills describing holidays to places she'd never visited. In 2011, she decided to disregard all the good advice given to aspiring novelists and attempt to write full-time. After one false start, It Would Be Wrong to Steal My Sister's Boyfriend (Wouldn't It?) seemed to write itself. Her second, third and fourth novels followed, and a fifth is due for release in Spring 2017. Sophie also writes for magazines and online about food, fashion and running. She lives in south-east London with her amazing partner Hopi and Purrs, their adorable little cat.

GIVEAWAY
a Rafflecopter giveaway
at June 22, 2017