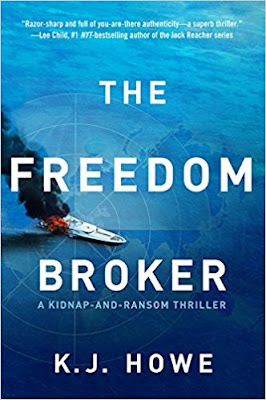 There are twenty-five elite kidnap and ransom (K&R) specialists in the world. Only one is a woman: Thea Paris. And she's the best in the business.

Twenty years ago, a terrified young boy was abducted in the middle of the night by masked intruders while his sister watched, paralyzed with fear. Returned after a harrowing nine months with his captors, Thea's brother has never been the same.
This life-shattering experience drove Thea to become what she is today: a world-class freedom broker. Most hostage-recovery work is done at the negotiation table, but when diplomacy fails, Thea leads Quantum Security International's black-ops team on highly sensitive rescue missions to political hot spots around the globe.
Her childhood nightmare resurfaces when her oil magnate father, Christos Paris, is snatched from his yacht off Santorini on his sixtieth birthday, days away from the biggest deal of his career. The brutal kidnappers left the entire crew slaughtered in their wake, but strangely, there are no ransom demands, no political appeals, no prisoner release requests-just obscure and foreboding texts written in Latin sent from burner phones.
Knowing the survival window for kidnap victims is small, Thea throws herself into the most urgent and challenging rescue mission of her life-but will she be able to prevent this kidnapping from destroying her family for good?

I've had The Freedom Broker sat on my TBR pile for a while and I have been itching to get started so when I finally I had some space I couldn't wait to pick it up. Here goes...


Chapter one definitely gets the adrenaline going by hitting the ground running. It's fast paced and gives a great introduction to Thea and her team. Thea is strong, determined and pushes herself to succeed in her job making it very easy to get attached to her character. You can also understand her guilt due to her brother's kidnapping and how it has affected her life and his. Rif was great and I have to say even though I enjoyed hearing the story from Thea. I also thought it was interesting seeing the story from his perspective too, especially seeing their different views on the same situation. You can see that Rif is impulsive and this is what annoys Thea but he is great under pressure and this made his character brilliant to see in action.

I enjoyed reading the book from the various points of view I think it gave the book a more rounded feel. Mainly because as the reader you got to see the full picture even if the characters are in the dark. The characters are all engaging in their own right and I felt like I was given enough material to get to know them without an overload of information. This helped to keep the pace constant with everything unfolding quickly but with plenty of twisty turns that kept me on my toes. I was intrigued by both the story and characters with their very complicated lives. It's easy to get a feel for everything that plays out, the writing is spot on for ramping up the tension and I could easily see this story working as a film.

Even though there is a lot going on as there are a few characters to follow I still managed to understand everything that happened. K.J. Howe has a clear writing style that kept the plot moving well. There is plenty of detail given but it's made interesting and I genuinely felt as if I have learnt something about a subject I didn't really have any idea about. It's safe to say that we all watch the news or read a newspaper and hear of people being kidnapped and held hostage. However this book captures the whole behind the scenes that we never really get to see or hear about.

A smart and twisty story that captured my attention all the way through!

With thanks to Mickey Mikkelson & K.J. Howe for my copy. This is my honest and unbiased opinion. 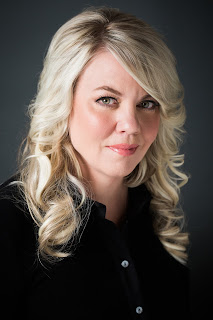 Born in Toronto, Canada, KJ enjoyed a nomadic lifestyle during her early years, living in Africa, the Middle East, Europe, and the Caribbean, which gave her an insider’s view into many different cultures. While abroad, she read every book she could find, which triggered in her a desire to create her own stories.

She attended Salzburg International Preparatory School, Neuchâtel Junior College, and Albert College before earning a Specialists Degree in Business from the University of Toronto. KJ found success in the corporate world, but her passion for travel, adventure, and stories drew her back to school where she earned a Masters in Writing Popular Fiction from Seton Hill University. She also won several writing awards, including three Daphne du Maurier Awards for Excellence in Mystery and Suspense.
While honing her fiction skills, KJ worked as a medical, health, and fitness writer. She then became involved with the International Thriller Writers as the Executive Director of ThrillerFest, the organization’s annual conference held every July in New York City.

KJ is an avid tennis player, cyclist, and swimmer. Travel and adventure still rank high on her priority list. She has had the pleasure of riding racing camels in Jordan, surfing in Hawaii, ziplining in the Costa Rican jungle, diving alongside Great White Sharks in South Africa, studying modern combat in the Arizona desert, and working with elephants in Botswana. Home is in Toronto, Canada, but she is often missing in action.