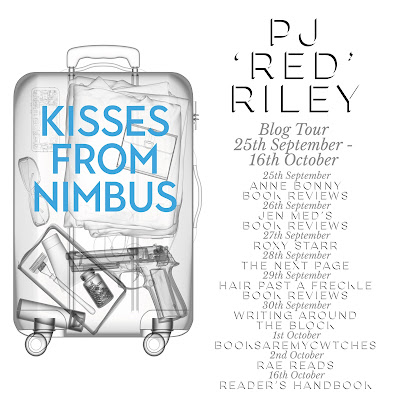 Thank you for joining me on the blog tour for Kisses From Nimbus by PJ 'Red' Riley. Today I have a great guest post for you but first of all lets take a look at the description for the book... 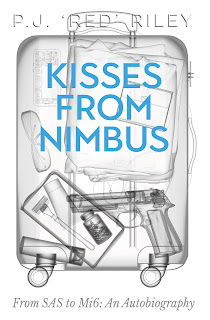 Kisses From Nimbus: From SAS to MI6: An Autobiography

Shot at, bombed, imprisoned and arrested for murder. His is the story the establishment doesn’t want you to read.

Captain P. J. “Red” Riley is an ex-SAS soldier who served for eighteen years as an MI6 agent.
Riley escaped internment in Chile during the Falklands war during an audacious top-secret attempt to attack the Argentinian mainland.

He was imprisoned in the darkness of the Sierra Leonean jungle, and withstood heavy fire in war-torn Beirut and Syria.

In 2015, he was arrested for murder but all charges were later dropped.

In this searing memoir, Riley reveals the brutal realities of his service, and the truth behind the newspaper headlines featuring some of the most significant events in recent British history. His account provides startling new evidence on the Iraq war, what Tony Blair really knew about Saddam Hussain’s weapons of mass destruction before the allied invasion, and questions the British government’s alleged involvement in the death of Princess Diana.

Chaotic, darkly humorous and at times heart-wrenchingly sad, Kisses From Nimbus charts the harrowing real-life experiences of a soldier and spy in the name of Queen and country.

I started writing at my home in U.K. But made little progress. Despite promises to the contrary I was constantly interrupted.
'How are you getting on love?' 'Would you like a cup of tea?' 'What time would you like to eat?' These infuriating hiatuses would come from my wife or someone equally annoying with a unnecessary concern about my welfare.
'Go away! Leave me alone! I need to concentrate! I would silently scream whilst mumbling. 'I'm absolutely tickety-boo'. 'No thank you dear'. 'Oh, I'm really not hungry yet'.
I had to be on my own. Completely on my own. So I rented a villa for a year in the mountains of Spain not far from Alicante.
In order to establish the ground rules I made it clear that my phone would not be switched on until I had completed each day of writing. And so I inaugurated a routine for my working day as an aspiring author.
Out of bed by 0730 and on with my shorts and trainers. Keeping myself fit has always been a very important part of my life so each morning I run or walk up and down the surrounding hills for about an hour. During this time I think about what I plan to write for the day. Not too much detail, just random thoughts and memories and constant stops to jot down the notes.
Once back home I sit outside at the table by the pool, usually wearing nothing more than a straw hat and a pair of flip-flops. (I make no apology for my naturistic tendencies since the villa is very isolated so I am unlikely to offend the neighbours).
I write in manuscript on to a notebook using double line spacing and only writing on alternate sheets, allowing me plenty of space for amendments and alterations, which I do constantly. I don't set myself any target. Instead I just write for a couple of hours at a time before taking a short break for a drink or something to eat.
Once the sun gets above the palm tree to the west of the pool. I transpose my days writing on to my iPad and send bit-sized chunks by email back to my wife who then knows that I am done for the day. My phone is switched on and by the time it rings I am usually on to my second can of San Miguel.

Born in 1946 in Lancashire P.J ‘Red’ Riley joined the British Army at the age of eighteen. After basic training he volunteered for Pilot Training and qualified as an operational helicopter pilot going on to service in Germany, Northern Ireland, Canada, Belize and Cyprus. He was later appointed Flight Commander SAS Flight Hereford. At the age of thirty-six years old he left the Army Air Corps and transferred to the SAS. In 1989, when Riley left the army he was quickly recruited by Mi6 where he served until 2015. Now retired Riley splits his time between the UK and Spain