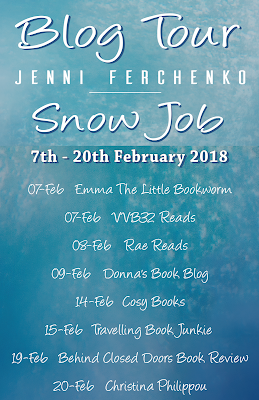 I'm delighted to be on the blog tour for Snow Job: The Great Game by Jenni Ferchenko. I have a fabulous guest post to share with you today. First of all though let's take a look at the description for the book... 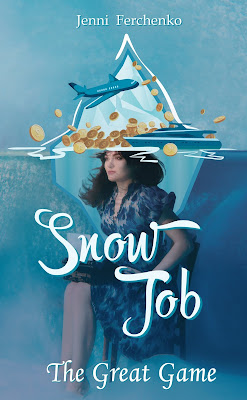 When young associate Katya Kuznetsova loses her job at Lehman Brothers in London, she takes up a new investment banking role in Moscow, Russia. Determined to succeed, Katya finds herself trapped by her lifestyle. At the same time she tries to prove her self-worth but subconsciously engages in self-punishment, including ever more destructive sex, alcohol and drug abuse. Eventually, things get out of control, leading to the dreadful consequences Katya is trying to fix, humiltating herself and losing everything she owns; but she finds something, which was always there, she just couldn't see it, something priceless...  Snow Job: The Great Game is the first novel by Jenni Ferchenko.

A day in my life as a writer
By Jenni Ferchenko

When it comes to writing a book there is no such thing as inspiration. To me it is sheer discipline – pure allocation of time and space.
It took me quite some time to finalize the structure and character arcs for my novel “Snow Job. The Great Game”. But once it was done, I locked myself in for ten months at my parents’ house just outside Kiev to focus on writing the prose.
I am a very goal-oriented person. Once I set myself a target I go all-in to achieve it. This is not necessarily a good thing, as it often means I miss out on the smaller joys in life like meeting friends, playing sports or having a nice meal. I was so obsessed with writing my novel that I even spent Christmas, New Year’s Eve and my birthday on my own.
My strategy was to flood out as much text as possible for a given scene or exposition, without editing or thinking too much about it. That would usually happen in the evening, with my productivity peaking around midnight. (However, English being my seventh language, it is still rather a slow process). Sometimes I would write until 4 or 5 a.m. and wake up around noon. Without getting up or brushing my teeth, I would grab my laptop and edit everything I had written the night before. The trick here for me was not to get distracted by anything - not to watch Youtube, check Facebook or even play with my dog. As one fellow writer put it: “we write best when we are closer to dreams”. I fully agree with this. This is how it worked for me.
I started writing my novel “Snow Job. The Great Game” as a single girl and finished it in a committed relationship with the most amazing man on Earth. To be honest, I cannot imagine how I managed to write it whilst being practically married and having a household to run, as well as being an active triathlete and aspiring musician (I also wrote a smooth jazz “Snow Job” album to accompany my novel).
My man is very understanding and supportive of my creative endeavours, but now I crave time with him in the evenings. Of course working and spending quality time together are not mutually exclusive - there are enough evenings in the week - but I still had to adjust my writing habits. Normally, I write on Monday, Tuesday and Thursday evenings (plus any other time I can spare), and edit during the day.
It is not easy, because I like to submerge myself in the story and live it with my characters. When my protagonist injured her leg in the story, I felt her pain so much that when I finished writing the chapter I was surprised I could actually bend my knee. A week later, I injured exactly the same leg as Katya (my left one) and could barely walk.
Now I am working on my second book, which will be revealing what is true and what is not in the original novel. I am trying to stick to my new writing regime, literally forcing myself to take a break and enjoy life now and then. However, when you have a story in you, there is no greater pleasure than putting it in writing. 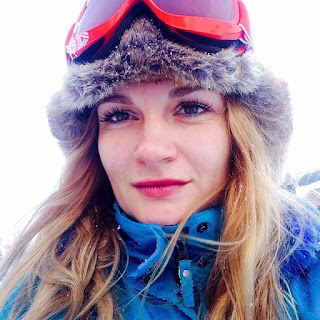 After growing up under Communist rule in the Ukraine Jenni Ferchenko established a career in the finance sector after achieving an internship with Lehman’s Brothers, London back in 2006. Her years within the sector working between London and Moscow has provided the inspiration behind her debut novel. Today Jenni Ferchenko lives in an undisclosed location enjoying a quieter life as a singer-songwriter and author. She has also written original songs to accompany the release of her debut novel.