I'm delighted to be one of the stops on the blog tour for Captain Rockford's Reckoning by Susan Lodge. Today I will be sharing a guest post and also a great extract but first of all let's take a look at the description for the book... 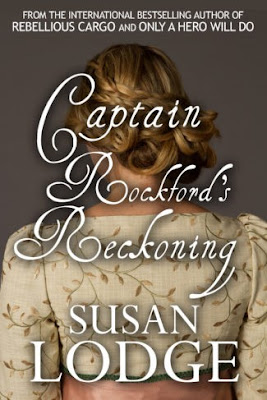 Genre: historical romance /suspense
Release Date:  4.4.2018
Publisher:  Crooked Cat Books
Esmie Elstone is thrown into panic when she hears of Captain Rockford’s return. But she is determined that the days of him interfering with her life are over. Destroying her chances of a happy future during his last visit had resulted in her being foisted on her aunt for a third pointless season in London.

To alleviate the boredom of society life, Esmie helps run a discreet betting enterprise under the guise of a sewing club. But there are some things you just shouldn’t wager on, and Esmie’s integrity is soon put to a dangerous test.

Richard Rockford had known Esmie almost all her life. As neighbours, her father, Admiral Elstone, had depended on Richard to keep an eye on his daughter when he was away at sea – a responsibility he had always taken on willingly. But her cruel and thoughtless actions, from the day he had left four years earlier, had shaken him. Now, he was back, and he wanted answers.

But when Esmie tumbles into a treacherous conspiracy, can he really turn his back on her?

“Lady Danby, good evening.”
Esmie jerked bolt upright as Rockford’s unmistakably smooth voice floated down. He was standing in front of her aunt. How on earth did he get there without her knowledge? Had he climbed through a window, or lowered himself from a chandelier? He certainly had not entered through the main double doors. Dash it, the man had never been straightforward.
“Ah, Captain Rockford, I see you are back from your travels,” her aunt replied, squinting at him through her pince-nez, with only slightly hidden delight. He had always been a favourite of hers, but especially since he had been elevated in society and wealth by his uncle’s death.
“Indeed, Lady Danby. I hope you are well. You are looking radiant tonight. The shade of your turban is especially becoming.”
Her aunt beamed, and her hand went up to pat her elaborate head-piece.
Oh no. Esmie froze. He had been in her presence for seconds and already causing her misdemeanour with the giant feather to be revealed. But her aunt’s hand was deftly collected in Rockford’s as he bent down, raised it to his lips, and kissed her glove. Esmie thought she detected a malignant smirk on his lips. She lowered her eyes to study the highly-polished buckles of his shoes. The underhanded fiend must have been secretly observing her for several minutes.
“And, Miss Elstone. It has been far too long.”
Reluctantly, she levelled her gaze. Stormy green eyes devoured her whilst his face remained set in a mask of polite indifference. He gave her a short bow, but thankfully made no move to take her hand or compliment on her appearance. His eyes were an even darker shade than she remembered, and Esmie was sure the look of disgust that he had left her with still lurked behind that deadpan expression. Lady Danby, however, continued to prattle amiably to him, not at all aware of the invisible wall of ice that lurked between them.
“I wonder, Lady Danby, if I might engage Miss Elstone in a dance.”
Dance. Esmie tried to swallow the lump of terror in her throat. “Actually, I am feeling quite unwell at the moment, and was about to retire.”
“Nonsense! Esmie, what sort of welcome home is that for the Captain? Of course, she will dance with you, Rockford. I am sure she has spaces on her card.”
Esmie gritted her teeth. Here we go again: poor Rockford; jolly good Rockford; thank heavens for Rockford. Surely he must appear to sprout a halo and wings to her peers.
She handed him her card as if it was the executioner’s axe, and watched him enter his name against the supper dance. “I will count the minutes,” he said softly, to reach only her ears, before he returned the card and walked away.
She watched him head towards the sugar-coated Julia Grant. Well, she was welcome to him; in fact, maybe he would become so infatuated with her beauty that he would completely forget the terrifying appointment now documented and hanging on Esmie’s wrist. Unease stirred in her belly.
He had not forgotten or forgiven.

The writer’s journey.  A game of Snakes and Ladders - by Susan Lodge

Every frayed and finger worn writer has that point in their career when they feel they have cracked it.  Mine was some years ago, when an envelope plopped onto the door mat with the news my short story was to be published - and this is the good bit -  they were going to pay me for my work. So, now I was a proper author. This was the first rung up, on my game of snakes and ladders.

The feeling of euphoria at my new status was soon to disappear down the first snake, as no further stories were purchased in the following months. So, the planned luxury life of a bestselling author had to be shelved. But, I had been published, in a national magazine, so I figured I possessed some talent for storytelling.  I persevered with my first novel and sent it out to publishers. After a flurry of rejections, my manuscript was accepted by a US publisher.  With a euphoric whoop, I shot up the next ladder in double quick time.

This milestone was followed by a slight snake slide as I was introduced to the world of edits, and the realisation my novel was fraught with ‘virgin novelist’ blunders.

My first edits were brutal. What do they mean ‘get rid of that chapter?’ That was my best bit!  But I soon found that as my book underwent it’s severe but sophisticated haircut, a far superior product emerged. A slow but steady climb up the ladders followed, with another published book and a further historical novel undergoing edits.

Then I land on that really vicious snake, the one that takes you all way back to the bottom of the board!  In 2015 my publisher wound up. I had my rights for my books returned, but effectively I was back to square one.  But not quite - I had amassed a great deal of useful knowledge about publishing novels.

I could easily have quit at this stage and gone back to writing just for enjoyment. Something that has a lot going for it. But I dusted myself down and started again, sending out my bio, letter and first chapters.

Within a few months I gained a lovely new publisher and my books were back on the shelves, and I was back in the game.

Other snake and ladder moments have since occurred. Most notably in the form of reviews.  After a lovely bunch of glowing reviews, I was confronted with my first bad one.  A real stinger. Surely that was not my book they were trashing. Had they really read it? Like a virtual mugging I was left angry, hurt and wanting revenge.  But of course, you must take bad reviews on the chin, and move on.

Snake and ladder moments are part of an author’s life. And, all mine faded, when a perfect stranger confronted me with the words, “I love your books – when is the next one due out? “
Peacock feathers sprouted, and I smiled a lot. Then skipped up the last ladder with my next manuscript over my shoulder. 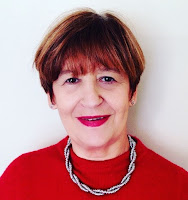 Susan Lodge was brought up with five brothers in the West of England and spent her formative years climbing trees and watching westerns. Leaving home, she headed for London and embarked on a career in the Civils Service, gaining a science degree along the way.
Over the years she has worked in several historic cities, where the streets still resonate with the Georgian period, providing a wealth of inspiration for her stories. Her romantic novels are often set against the backdrop of Nelson’s navy, and she always manages to inject a fair dose of humour into the plot.
Susan’s always wanted to be an astronaut but would now settle for a flight into space. She loves tinkering on her piano, perfecting her swing dance routines and discovering new destinations for her characters.
Married, with two children Susan now lives in Hampshire. You can find more of Susan and all her books by vising her website at   http://susanlodge.com/
Facebook:  https://www.facebook.com/susanlodgeauthor
Twitter:  https://twitter.com/pagehalffull
Goodreads Author Page:  https://www.goodreads.com/author/dashboard
Google+  https://plus.google.com/101965349249706893970
Blog: https://susanlodgebooks.wordpress.com/
Website:  http://susanlodge.com/

Win an e-copy of the book!