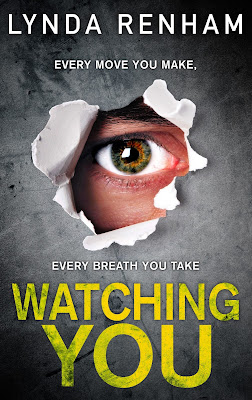 Ewan Galbreith is just out prison. Libby Owen is scared.
Fifteen years earlier she saw Ewan murder her aunt and uncle with their own shotgun and now he’s coming for her.
BUY LINKS
Amazon UK  https://goo.gl/JYytX9
Amazon. Com  https://goo.gl/4KyruR

1st January 2000, 1 A.M.
Her bare feet pounded the gravel, the sharp stones cutting mercilessly into her skin. The wind whipped cruelly at her hair and played with her new chiffon dress until her legs became entangled within it. She pulled herself free from the material without once slowing her pace, her heart drumming in her chest. She could hear the blood pulsating in her ears like a wild war dance. Her scalp tingled. Something had touched her. She fought back a scream. It was a branch, just a tree in the blackness of the night. Keep going. She couldn’t stop. A firework boomed and lit up the night sky. She tripped, scattering the detestable gravel. A small sob escaped her lips before she dragged herself up and continued on. He’d seen her. He’d seen her. That’s all she knew.  Keep running. Don’t look back. An orchestra of colours exploded in the sky and lit up the tall iron gates of Greystone Hall ahead of her. She thought back to the house and nausea rose up in her gut. Soon she would smell the pungent odour of seaweed. Her heart beat a steady rhythm now. She knew the beach wasn’t far away. Excited voices and the sound of drunken laughter broke through her pulsating eardrums. People were partying on the beach. It was the beginning of something new, something exciting, a new start.
‘Happy Millennium,’ someone shouted.
She tripped in her haste to reach them. Her mouth connected with cold sand, it scratched her skin.
‘Help me,’ she choked. ‘Please.’
‘Had too much?’ said a voice.
There was laughter from a small group huddled around a camp fire.
‘Hold on,’ said another. The voice concerned.
She felt someone touch her.
‘Fuck, she’s bleeding.’
‘Call the police,’ yelled another.
There was scuffling and someone wrapped a coat around her. It was warm and comforting.
‘Christ, what happened?’ he said.
‘Someone shot my Aunt and Uncle,’ she moaned, trying to get up. She couldn’t. She was exhausted.
‘I think they’re dead.’

It's safe to say that once I picked up this book I didn't want to put it down as it has a very twisty and tension filled plot. I loved the different timelines it was such a great way to slowly but surely reveal what happened but also as a way of moving the story along in the present. You can feel Libby's fear as Ewan is released and the tension was certainly ramped up, because of this there was a certain amount of dread hanging over me as the story progressed. I knew what had happened in the past but not the why so I was very intrigued to discover the truth.


The pacing of the story is really good and the twists and turns certainly kept the momentum going. I loved how the characters were developed within the story and even though they had their flaws it just made things all the more interesting. I enjoyed the fact that this book made me think as I tried to put the pieces together after all I find playing detective is half the fun! 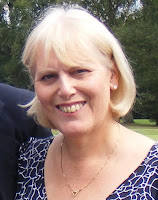 Lynda Renham’s writing will appeal to readers of Susan Lewis books but with more of a thriller edge. She is famous for her romantic comedy novels having written over twelve popular titles. Lynda lives in Oxford, is a prolific writer, blogger and when not writing can usually be found wasting her time on Facebook. www.renham.co.uk
Facebook: https://www.facebook.com/lynda.Renham
Twitter: @lyndarenham
Goodreads Author Page: https://www.goodreads.com/author/show/4494690.Lynda_Renham
Blog: www.renham.co.uk
Website: www.renham.co.uk