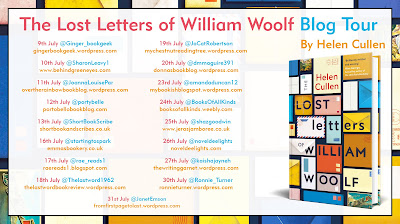 I'm delighted to be one of the stops on the blog tour for The Lost Letters of William Woolf by Helen Cullen and sharing my review today. First of all though let's take a look at the description for the book... 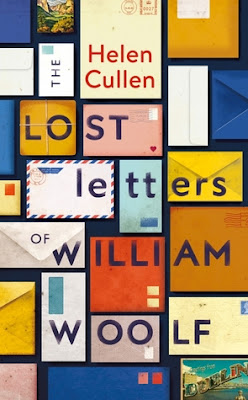 Lost letters have only one hope for survival... Inside the Dead Letters Depot in East London, William Woolf is one of thirty letter detectives who spend their days solving mysteries: Missing postcodes, illegible handwriting, rain-smudged ink, lost address labels, torn packages, forgotten street names - they are all the culprits of missed birthdays, broken hearts, unheard confessions, pointless accusations, unpaid bills and unanswered prayers.When William discovers letters addressed simply to 'My Great Love' his work takes on new meaning. Written by a woman to a soulmate she hasn't met yet, the missives stir William in ways he didn't know were possible. Soon he begins to wonder: Could William be her great love?William must follow the clues in Winter's letters to solve his most important mystery yet: the human heart.

I have to start my review by mentioning the premise as it such a wonderful idea. With descriptions of the lost items and seeing William at work and how he went about his job. There was a commitment to his work that I found endearing as he genuinely cared about the right person receiving what was once lost in the mail.

I guess in a way this book gave me a wistful feeling especially as I got to know William and his wife Claire. This was one of the things that pulled me in and to be honest it was unexpected as I became just as attached to the characters as I was to getting to read about the mystery letters. The pacing of the story is steady and not necessarily fast paced however this gives you the chance to digest the story and helped build up the characters lives. Showing all of their hopes and fears playing out along with reflecting on life how the years can pass us by until we suddenly realise that we aren't necessarily the same people we once were.

The cover has to get a mention somewhere in my review as I love the effect of the different letters all coming together to create something pretty eye catching. It is something that easily caught my attention just as much as the description did.

In a way the characters are flawed I liked this as I thought this showed a realistic view of life the disappointments but also some hope that things will get better. In a way William is just as lost as some of the letters and I hoped that he would find his way again. It was very easy to be pulled into his life to see how everything would turn out in the end.

With thanks to Katie at Michael Joseph for my copy.