I'm delighted to be sharing a guest post by Paula Houseman as part of the blog blitz today for Odyssey in a Teacup. First of all though let's take a look at the description for the book... 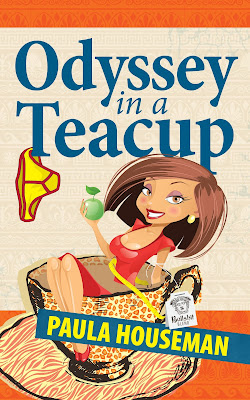 Encounters with a pair of supersized Y-fronts; a humourless schoolmarm with an unfortunate name and monstrous yellow incisors; and a tut-tutting, big-breasted, modern-day gorgon are the norm for Ruth Roth. She’s used to crazy.

Her mum squawks like a harpy and her dad has a dodgy moral compass. Add in daily face-offs with a relentlessly bitchy mirror, and Ruth’s home life feels like a Greek tragicomedy.
She hankers for the ordinary. But blah is not a good fit for someone who doesn’t fit in. And isn’t meant to.

Ruth’s vanilla existence is an issue for her besties—her hot-looking, obsessive-compulsive cousin and soul mate (who needs to do everything twice-twice), and her two closest girlfriends.
With their encouragement and a good homoeopathic dose of ancient mythology, Ruth embarks on an odyssey to retrieve her spirit. She’s confronted with her biggest challenge ever, though, when one of these friends sends her spiralling back into a dark place.

The decision she must make can either bring her out or launch the mother of all wars in her world.

Many years ago, we were invited to a fancy-dress party. Come as your favourite cartoon character, the invite said. Yeah, baby! Who doesn’t love a costume party?

At the time, Smurfette was my favourite character, but I wasn’t about to paint myself blue. Nope. Instead, I would go as Minnie Mouse.

I went all out and left the house donning jumbo black ears and a painted-on black nose, whiskers drawn on with liquid liner, bright red lipstick, a red and white polka-dotted bow in my hair, and a short, frou-frou, red polka-dotted skirt. (I even made it myself.) And according to the mirror, I rocked the MiMo look.

When we walked into the party, though, those good feelings went down the crapper.
I didn’t much care that, other than the hosts, there wasn’t a familiar face in sight. And I should’ve been happy that there wasn’t another Minnie Mouse in sight. But my husband—champion of the common people, war-hardened crusader Robin Hood—and I were the only two fancy-dressed. Shit.

He didn’t care. Blokes don’t worry about these sorts of things. Give them a beer and a bowl of chips, they’re happy. But I felt like an idiot.

For three long hours, I comfort-snacked and drank Red Bull. And I came that close to sucking on one of the helium balloons. I figured I looked the part, may as well sound it. It would have made the humiliation worse, though. I sensed that even as I exchanged pleasantries with the other guests, they were laughing inside.

Then hubby sidled up to me and whispered, ‘Hey, Minnie, they’re taking the Mickey out of you!’ Ha, ha, ha.

Really? ‘This coming from someone who’s wearing tights?’ Ha, ha, ha.
My protagonist, Ruth Roth, knows what it’s like—feeling out of place; schmuck husband.  In Odyssey in a Teacup, she finds herself in a similar situation.

Ruth, not so much.

The other female guests at the function are in tight little black sateen, sequinned dresses and stilettoes. Shit.

Still, it’s not like Ruth stands out. She blends in perfectly. If only it wasn’t with the bloody catering staff! If only that particular story had been pure fiction ...

So, given my two experiences, you’d think my advice would probably read something like, google dress codes and always, always check first what others are going to be wearing.

Do that if you want. But in the end, whatever makes you feel good about yourself, whatever makes you feel empowered: wear that. People are going to judge you, no matter what. Best if you’re not one of them.
. . . .
We attended a business expo in Melbourne one winter a few years ago. The venue for its awards night was the ballroom of the hotel we were staying at. This time I knew in advance it was going to be a night of yackety-yakking with a bunch of strangers. I also knew the dress code was cocktail.

I surveyed the foyer. Teeming with pale-skinned women in black dresses and Manolo Blah-blah-blahniks, and men in black blazers and trousers, it could have been the launch party for the Goth subculture. And I was part of it. Sort of.

I wore a black pantsuit and white blouse. Like the wait staff. It was déjà vu. But as I sashayed into the room, I also wore a look that said, Throw me out if you must. My pyjamas are lucky; they’re in bed. 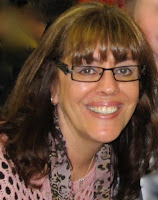 Paula Houseman was once a graphic designer. But when the temptation to include ‘the finger’ as part of a logo for a forward-moving women’s company proved too much, she knew it was time to give away design. Instead, she took up writing.

She found she was a natural with the double entendres (God knows she’d been in enough trouble as a child for dirty wordplay).

As a published writer of earthy chick lit and romantic comedy, Paula gets to bend, twist, stretch and juice up universal experiences to shape reality the way she wants it, even if it is only in books. But at the same time, she can make it more real, so that her readers feel part of the sisterhood. Or brotherhood (realness has nothing to do with gender).

Through her books, Paula also wants to help the reader escape into life and love’s comic relief. And who doesn’t need to sometimes?

Her style is a tad Monty Pythonesque because she adores satire. It helps defuse all those gaffes and thoughts that no one is too proud of.

Paula lives in Sydney, Australia with her husband. No other creatures. The kids have flown the nest and the dogs are long gone.