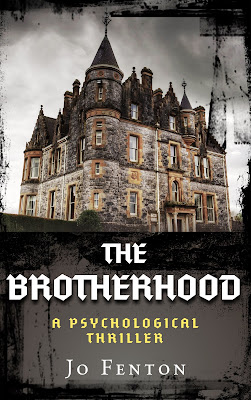 Title of Book: The Brotherhood
Series: 1 of 2
Genre: Psychological Thriller
Release Date: 25-Jul-2018 (ebook), 20-May-2018 (paperback)
Publisher: Crooked Cat Books
When a young woman becomes pregnant in a religious sect, how far will she go to escape the abusive leader and save the people she loves?
The Brotherhood – safe haven or prison?
After her parents’ sudden death, a grieving Melissa falls back on her faith and into the welcoming arms of a religious sect. Captivated by their leader, Dominic, she leaves her old life behind and moves to the countryside to join them.
But life in The Brotherhood is not as safe as it first appeared. When engineer Mark joins The Brotherhood, Melissa finds herself conflicted between her growing feelings for him and her crush on Dominic. With their leader's initial encouragement, Melissa and Mark grow close.
But as her haven becomes a prison, Melissa's newfound happiness is destroyed by Dominic’s jealousy. How can she escape and save the ones she loves?

“My  children, good  morning. Welcome to  this  assembly. I  wondered how  to  make this
anniversary into a very special occasion. So, when the local parish priest approached me last week, and asked if I could help a young man in his care, this seemed to be the answer. This young man, Trevor, was recently blinded in a fire. He is suffering physically and emotionally. I consulted with the Almighty Lord, and he decreed I should help this poor fellow. What better day
to choose for a miracle than this: the first anniversary of our Lord’s visitation? Before I bring him in, we should prepare ourselves and ask for the Lord’s help with this difficult but worthwhile task.”
He signals to the pianist and she plays some opening bars. I don’t recognise the music. My heart’s racing again and my mouth is dry. Where’s the water fountain when it’s needed?
“The Abbey Prayer,” Brie whispers in my ear.
Everyone is joining in around me, but I don’t know the words. There’s a chorus after every ten lines or so, and after a few repetitions I’m able to sing a few lines here and there. There’s a thrill in the air. Anticipation sparks around me.
I can’t believe I’m about to witness a miracle. Will he actually be able to cure this man Trevor? Surely it’s not real. But then, Dominic’s supposedly the Messiah. Everyone here believes it. Maybe it is real.
The thought is interrupted by a small voice at the back of my head: He can’t bring Mum and Dad back though. What use is a miracle if he can’t do that? A lump forms immediately in my throat. I swallow it impatiently. There’s another chorus, so I try to join in again, but my throat is too full. The song ends, and I focus on the activity at the front.
A bulky man in a grey uniform comes forward. There are several men in grey standing around the edge of the Chapel. Dominic whispers to the stocky grey man, who then leaves the Chapel. He returns a moment later, leading a short man in his mid-twenties. As he gets closer, I gasp. I can’t help it. His face is covered in scars. They’re red and inflamed. The fire must have damaged more than just his eyesight.
A shudder runs through me. My face tingles as I imagine the pain he must be enduring.
Please let Dominic help him. Please don’t let it be a sham. Please let Dominic really be the Messiah. I can feel doubt running through me, and do my best to exude positivity and belief – in case it helps.
Trevor stands close to the lectern. I try to see his expression, but my view of his face is blocked by a tall woman in front. Tina shifts, and pulls me across to get a better view. We aren’t precisely out of line, but it’s an improvement.
I glance again at our visitor. Sweat glistens on the right side of his forehead; the only normal patch of skin on his face. The room’s hot. It’s only May, but temperatures are soaring into the nineties. I don’t think he’s sweating from the heat though.
“My dear young man,” Dominic addresses Trevor, his voice gentle, yet loud enough to be heard at the back of the room. “I have prayed for guidance so I can understand the best way to help you. I believe you are blind and in pain. Is that correct?”
“Yes sir.” Trevor’s voice sounds thin and feeble. Perhaps it reflects his state of mind.
Dominic rests a hand on Trevor’s shoulder. The young man winces. How far does the scarring extend?
“In order to help you, I need to call on the services of The Brotherhood.” He raises his voice slightly and turns his face to us. “My children, I must ask you to sing. Please raise your voices and embrace the beautiful and apt hymn, O What a Miracle, My Lord.”

I didn't really know what to expect when I first started reading this book but it's safe to say that I was easily drawn in. The premise is pretty unsettling is The Brotherhood really a safe haven as it first appears or something truly sinister?

The Brotherhood is on the whole a dark story with some very creepy characters that will easily put you on edge. It really is a story of manipulation that pulls Melissa's character into a dark place with her grief and fear making her such an easy target. The pacing is pretty good and kept me invested all the way through as Melissa begins to see everything just that little bit more clearly.

The setting for the story makes for an atmospheric read and Jo Fenton has created a disturbing environment perfectly. Slowly but surely ramping the tension up as the truth eventually emerges. It could be hard to read at times as some of the situations were quite unsettling. I found this book to be a story about survival against all odds and a look into cults who use fear as a weapon. I just had to know how it would all end for Melissa and her friends. 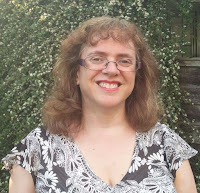 Jo Fenton grew up in Hertfordshire. She devoured books from an early age, particularly enjoying adventure books, school stories and fantasy. She wanted to be a scientist from aged six after being given a wonderful book titled “Science Can Be Fun”. At eleven, she discovered Agatha Christie and Georgette Heyer, and now has an eclectic and much loved book collection cluttering her home office.
Jo combines an exciting career in Clinical Research with an equally exciting but very different career as a writer of psychological thrillers.
When not working, she runs (very slowly), and chats to lots of people. She lives in Manchester with her husband, two sons, a Corgi and a tankful of tropical fish. She is an active and enthusiastic member of two writing groups and a reading group.
Author Links
Facebook: https://www.facebook.com/Jo-Fenton-Author
Twitter: https://twitter.com/jl_fenton
Goodreads Author Page: https://www.goodreads.com/author/show/17984435.Jo_Fenton
Blog: https://jofenton137.com/
Website: https://jofenton137.com/

2 PAPERBACK COPIES UP FOR GRABS!

a Rafflecopter giveaway
at September 12, 2018