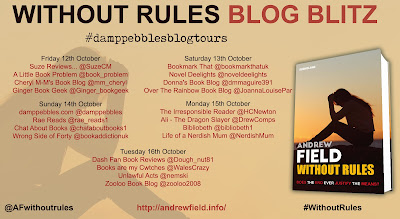 Thank you for stopping by I'm delighted to be one of the stops on the blog tour for Without Rules by Andrew Field and sharing an extract today! First of all though let's take a look at the description for the book... 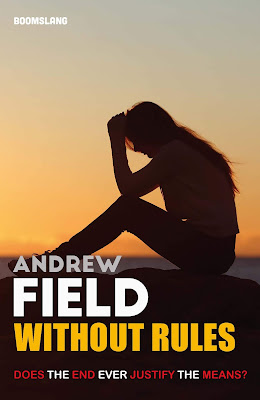 When a professional hitman turns up at Candy’s World to hide, China Mackie discovers her plan to flee from her abusive father has tragically backfired. A gruesome bloodbath has left four people dead on the streets of a northern city centre on a cold wet Sunday morning. China knows she’s next to die. Unless she is more ruthless than everyone else. She must improvise fast. Seduce her father’s assassin. Plead her case so he helps her escape in a fight to the death where rules don’t matter but the consequences do.

2: Chip
The young girl had more potential than all the other children combined, a skinny strawberry blonde with freckles, a natural elastic swing and a cool temperament to match.
“How old is she?” Chip asked Rob Dean, his senior golf pro at the Chip Mackie Paradise Hills Golf Academy. He moved towards the child before Rob answered, played to his audience of young golfers, parents, a prominent broadsheet journalist, her photographer and an expensive PR consultant he was part funding.
“What’s your name?”
“Amy,” she replied.
“How old are you?”
“Seven.”
Just the right age, thought Chip. Catch them when they were young was his motto. Soon Rose would be ready for serious lessons.
“Take your stance.”
He knelt down in front of Amy. Felt the warm glow emanate from proud parents. The six-time tour champion and Open runner-up Chip Mackie had singled out their daughter for special attention. They were chuffed their Amy was going to be photographed by the national press. He checked out Amy’s grip, positioned her hands around the shaft until he was happy with the way she held it. “Really important to get the grip right. Firm, not too firm. Do the first part of your swing for me?”
Amy did as requested and Chip demonstrated the movement needed. First he rotated her hips, then her shoulders with his hands. His fingers outlined to her parents the various muscle groups needed to power the swing.
“These generate the extra yards that will win Amy championships.”
In his peripheral vision his business partner supervised a motorcade of half a dozen expensive luxury cars. The Khans, Tommy and Bobby, had arrived for an Asian wedding and to collect special golf balls.
“Perfect, the final tip is to stick your butt out just so. That way your body shape can really get in position to give those balls a right thwack,” Chip said. He adjusted his clothing and handed the session back to Rob. He needed to talk to Hugh ‘Bing’ Bingham, his ‘toff’ business partner.
“Were we successful with our situation?” asked Bing.
“Depends what you call a ‘success’. Your chirpy bean counter won’t be coming back to work anytime soon,” said Chip.
“I’ve not heard anything,” said Bing.
“You will do soon enough. Soon be headline news for the next forty-eight hours. Jimmy took a tumble. I’ve got Jimmy and the shooter holed up nearby. Your man Turner still OK to extricate as per our plan or do we need an alternative?”
“Like?” asked Bing.
Elimination was Chip’s preferred option. Dead men didn’t grass. The accountant was tried, sentenced and executed within twenty-four hours by a judge and jury of one, Chip. A plan conceived in the time it took to play a couple of golf holes. Not that he would share his opinion with Bing. Despite a gene pool that dated back to the middle ages, Bing was weak, like all the toffs who believed they were still feudal lords who ruled over the peasants. Chip had their cards marked, all of them.
Chip called Ged, He barely heard him above the Stone Roses who wanted to be adored. He pictured the twins side by side in the van as they sang and pretended they were still in their twenties.
“How long?”
“Two hours max,” shouted Ged. “Everything OK?”
“Sure,” said Chip. “Everything is always OK. You bothered listening to the news?”
“You what, is the Pope Catholic,” asked Ged. “Laters Bud…”
Much as he loved Ged, he was a hothead and did not need to be wound up more than usual. He would be annoyed they had used an outsider to wipe out Chris DeVeres. Ged always said things should stay in-house. Chip spotted Tommy and Bobby Khan as they headed towards the hotel reception. The heavyweight businessmen did not only have access to cash to buy wholesale cocaine shaped golf balls but they had also hired him the gun and sold him five explosive Black Talon bullets. They were here to collect the coke balls hidden amongst legitimate product. Their cash purchase would give Chip a larger bite of Paradise and keep greedy creditors at bay while they waited for sales to pick up.
His migraine eased when he watched Amy’s cute swing. He so wanted to introduce Rose to golf today, although he knew he had to be patient, which wasn’t his forte. He dug into his pocket. Brought out his mobile. Went to the live CCTV stream broadcast from cameras placed behind mirrors. China and Turner’s Monkey banged away like rabbits.
Once China had been as cute as Amy and Rose before she deviated. He had loved her so much and she loved him. Gradually, she turned, became distant and withdrawn, swung from adoration to insolence. He had given her the best and asked only for unconditional love in return. When her golf had gone to pot, he paid for piano lessons, dance lessons, singing lessons, any bloody lessons she wanted to make her happy. He knew the ultimate answer to China’s problems was abdication unless she accepted a subservient role at King Chip’s and Princess Rose’s court. 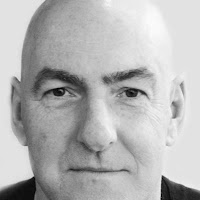 Andrew Field has spent most of his working life as a PR and marketing consultant helping raise the profiles of others. Now the roles are reversed as he steps into the spotlight as the author of Without Rules, a crime thriller about vulnerable people forced to do bad things to escape evil people. “Authors, by the nature of what they do, are relatively introverted. They work in isolation. Inhabit imaginary worlds of their own creation. They can spend ages staring at a computer screen bringing their characters to life. Then they have to become a different person to promote their work and market themselves. Writing is the easy part compared to the marketing, especially when crime fiction has become a very crowded marketplace.”
“From my point of view, professional PR people operate best from behind the scenes. They should never become the story otherwise you’re deflecting attention away from the messages you’re trying to communicate,” says Andrew. “The New Labour experiment, for example, was doomed the minute Tony Blair’s media guru Alistair Campbell generated his own headlines. Bragged about ‘spin’.  Believed his own hype. Ditto Anthony “The Mooch” Scaramucci’s 10-day tenure as the shortest-serving White House communications director in history - and his “off the record” expletive-ridden rant about his colleagues in Donald Trump’s White House.”
As a PR, Andrew memorably handled Boddingtons Bitter during its “Cream of Manchester” heyday, developing innovative sports and cultural media partnerships with newspapers and TV stations for the beer brand - but also PR’d a fashion entrepreneur who was a convicted armed bank robber and a property developer who did eighteen months prison time for blackmail. “Having a diverse range of clients keeps it interesting. They are all different but the core requirement is to be seen as a believable and trusted information source ready to take advantage of PR opportunities as and when they arise. As a novelist, you look to do exactly the same with your work and yourself.”
“The catalyst for Without Rules was a friend testifying against her father in an abuse case. Although the prosecution was successful, she can never really escape the consequences of what happened to her. She has to find a way of coping for the rest of her life while he was sentenced to two and half years.”
Andrew says crime fiction has a duty to try and educate and as well as entertain. “The memorable books are the ones you're still thinking about 48-hours after you finished reading.”
Andrew lives, works and plays in Manchester, England, Europe, with his partner, Catherine. He has been a trade journalist in Southampton in his youth. He owned a PR agency in the nineties and early noughties and is now an independent PR, marketing and publishing consultant looking forward to the challenge of becoming the story with the publication of Without Rules.