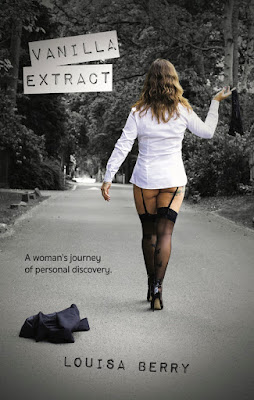 vanilla (adj)
Having no special or extra features; ordinary or standard
Extract (v)
-          Remove or take out
-          Select for quotation, performance or reproduction

When recently separated Lou decided to embark on a new chapter of her life, she had no idea where this journey of self and sexual discovery would lead.
Her lustful appetite for adventure was re-awakened and with every new, tantalising, naughty meeting Lou’s confidence grew, as did her need for more.

Author Bio – Louisa lives in Hertfordshire with her four children. While not on ‘Mum-duties’ she works in high finance in London.


You can follow along with the tour, see below... 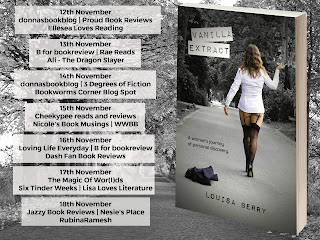