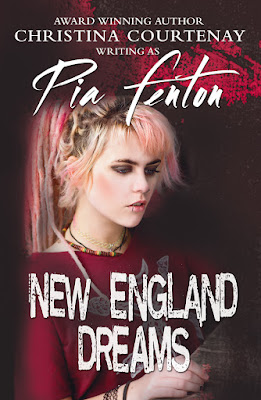 Genre:  YA contemporary romance (US high school setting, UK heroine)
Release Date:  25th July 2016
Book 4 of the Northbrooke High series (can be read as a standalone)

Staying in New England for a few months is just what Sienna Randall needs after all the family problems she's been dealing with at home in London. Romance is the last thing she's expecting, so it's a total surprise when she ends up kissing a guy she meets on the flight.

Kyle Everett is Sienna's complete opposite –  he’s clean-cut and preppy, she has piercings and pink dreads. But he can’t resist making out with her. He is, after all, Northbrooke High’s number one player. Except Sienna's different from other girls. He’s definitely expecting to see her again – until they're separated by irate airline officials before he can get her number.

Then fate throws them together once more, but when Sienna turns up in Kyle's home room, neither admits to having met before. The chemistry between them is still there though – should they let it have free rein or should the attraction stay in their dreams?

Kyle smiled and changed the subject. ‘You got any more piercings then? You know, hidden ones?’He wiggled his eyebrows at her and it looked so stupid she couldn’t help but smile back.

‘None of your business,’ she told him.

‘Oh, yeah? Hmm. So tell me, how does it feel to kiss with snake bites?’ He was suddenly staring at her mouth intently and Sienna felt a shiver run through her. God, but he was hot. Seriously hot. And he was so close. She was very tempted to just reach over and grab him.

And why not? No one would ever know.

She shook herself mentally, but some devil made her smile again. She looked up at him from under her lashes, the way she’d seen other girls do when they were flirting. She’d never managed it because she was too shy, but for some reason, she had no trouble doing it now. ‘You tell me,’ she said, the challenge clear in her voice.

His eyes opened wide and he drew in a sharp breath. Then he grinned. ‘Okay, you’re on.’

The next thing she knew, he had bent his head slightly to the side and captured her mouth with his in a long, slow kiss that almost melted her bones. He ran his tongue over the snake bites, nipping at one playfully, then kissed her again, properly, deeply. When he stopped he brought up a hand to cup her cheek. ‘I like it,’ he whispered. ‘A lot.’

So did Sienna, but she didn’t get a chance to reply, because he started kissing her again and this time he didn’t stop. Which was just as well, since she didn’t want him to. In fact, she didn’t come to her senses until some air steward pulled Kyle off her and she realised with flaming cheeks they’d ended up lying across all four middle seats, making out thirty thousand feet up in the sky.

‘What the hell do you think you’re doing?’ the crewman hissed, looking from one to the other.

Sienna wondered the same thing. She must have lost her mind. 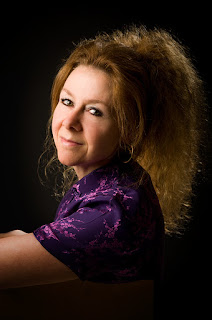 Pia Fenton (who also writes as Christina Courtenay) is a chocoholic and confirmed couch potato, allergic to exercise of any kind (except maybe swimming).  Although born in England, she has a Swedish mother and was brought up in Sweden so she was a bit of a mixed up kid. When she was a teenager, she moved with her family to Japan.  From there she had the opportunity to travel in the Far East and other parts of the world, which was great fun.  She also got to go to an American high school in Tokyo, together with kids of 138 other nationalities, and had the best time of her life!

To win a signed paperback copy of the book PLUS a £20 Amazon voucher!
(open internationally) enter below
A Rafflecopter giveaway