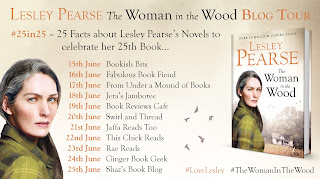 Thank you for joining me today on the blog tour for The Woman in the Wood by Lesley Pearse. This tour is a little different as The Woman in the Wood is Lesley's 25th book so to celebrate various blogs are taking part to share a fact about one of her books. You can follow along with the tour on Twitter using #LoveLesley

Today I am sharing a fact about Lesley’s ninth novel, Trust Me, which is great for me because 9 is my lucky number! 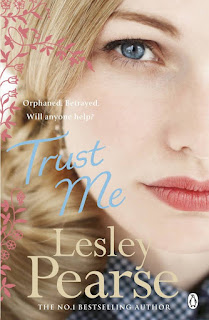 FACT...
I was in an orphanage at the time the first British Child Migrants were sent to Australia, and thankfully my brother and I escaped that fate. When I heard how those 15 thousand children were treated I felt so angry and disturbed by it, I had to write a book on the subject.

Now let's take a look at The Woman in the Wood.... 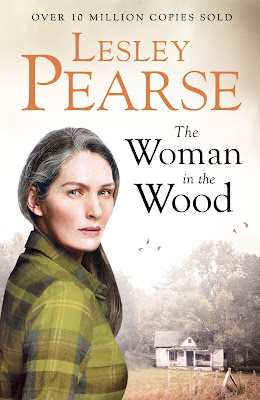 Fifteen-year-old twins Maisy and Duncan Mitcham have always had each other. Until the fateful day in the wood . . .

One night in 1960, the twins awake to find their father pulling their screaming mother from the house. She is to be committed to an asylum. It is, so their father insists, for her own good.

It's not long before they, too, are removed from their London home and sent to Nightingales - a large house deep in the New Forest countryside - to be watched over by their cold-hearted grandmother, Mrs Mitcham. Though they feel abandoned and unloved, at least here they have something they never had before - freedom.

The twins are left to their own devices, to explore, find new friends and first romances. That is until the day that Duncan doesn't come back for dinner. Nor does he return the next day. Or the one after that.

When the bodies of other young boys are discovered in the surrounding area the police appear to give up hope of finding Duncan alive. With Mrs Mitcham showing little interest in her grandson's disappearance, it is up to Maisy to discover the truth. And she knows just where to start. The woman who lives alone in the wood about whom so many rumours abound. A woman named Grace Deville.

The Woman in the Wood is a powerful, passionate and sinister tale of a young woman's courage, friendship and determination from one of the world's favourite storytellers. 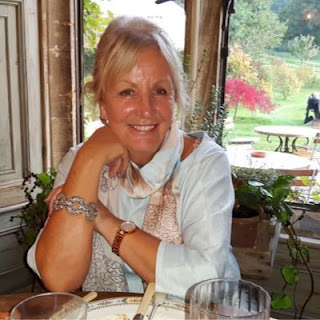 Lesley Pearse's novels have sold over ten million copies worldwide and include most recently Dead to Me, Without a Trace, Survivor, Forgive Me and The Promise.

Lesley lives in Devon and has three daughters and four grandchildren.