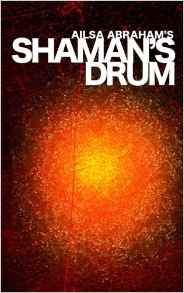 England in the near future.

Mainstream religions have been outlawed, and the old gods rule again.

Iamo has been a priest of the Great Mother and is sworn to celibacy, but his love for Riga, a Black Shaman, a magical assassin, caused him to break his vows. After being imprisoned apart from each other for three years, Iamo accepts an offer to earn them both a pardon and the possibility of marriage. If they survive.

Iamo and Riga must discover why demons are breaking through from the other side. Which of the cults are renegades who allow the demons through? Who can they trust?

Combining their powers, they face the ordeal with the help of a band of eclectic pagans, spirit creatures, Riga's Black Shaman brothers, an undercover Christian granny, and three unusually energetic Goths.

It's a tough assignment, but the hope of a life together keeps them fighting.

The Demon Prince, like all demons, had once been human. He’d been a Handsome man but all manner of evil thoughts and deeds had distorted his face and body. His skin was that of a rotting corpse, maggots and other larvae constantly dropping from it. His mouth hung slack, showing his sharp carnivore’s teeth.

Even from this distance I could smell his breath, like a blast of hot air from an abattoir. He was a walking irony of knightly valour in armour made from the nails of his victims. His helmet was a priest’s head, the expression of horror still fixed on it and the eyes still moving. His hands were claws that grasped and pulled everything towards him, he was the embodiment of greed. Nothing that anyone else possessed was safe, especially their souls. His eyes emitted a black luminescence that darkened all around it. Within his circle it became impossible to think clearly, only to walk towards the inevitable death and enslavement he promised. What else was there in the world?

What was the purpose of resisting?

In slow motion, I saw him raise his wand, fashioned from a new-born baby’s arm and point it at Iamo . Thick black sludge solidified and shot towards the monk, my partner, and in that moment I realised that it wasn’t just desire I felt for him. I loved him. I threw myself forward, knocking Iamo sideways and took the full force of the black fireball on my chest but a pale blue lightning bolt leapt between Iamo and the site of the hit, bouncing back towards the Demon Prince, who staggered and fell. The other demons stood bereft. Without their leader to command them they had no will of their own.

Only the one who had crawled within touching distance of me was still unstoppable and he sank his rotting, grime-encrusted fangs into my leg. Ailsa Abraham writes under two names and is the author of six novels. Alchemy is the prequel to Shaman's Drum, published by Crooked Cat in January 2014. Both are best-sellers in their genres on Amazon.
She has lived in France since 1990, enjoys knitting and crochet and until recently was the oldest Hell's Angel in town. Her interests include campaigning for animal rights, experimenting with different genres of writing and trips back to the UK to visit friends and family. She runs an orphanage for homeless teddy bears and contributes a lot of work to Knit for Africa. She is also addicted to dressing up, saying that she is old enough to know better but too wise to care.

To win an e-copy of the book