I am very pleased to be a part of the tour arranged by HCL Author Services for Gamer Girl by Glynis Astie. First of all let's have a look at the book and then read on for my review. 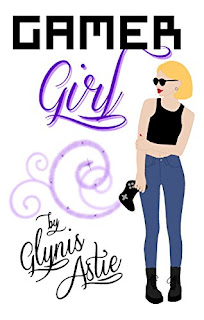 Struck by tragedy at an early age, Meri Palmer escaped into the only world she understood. Within the virtual realm of online gaming, she lived a life filled with mythical creatures and thrilling adventures, where she was strong, powerful, clever, and beautiful—everything she believed she wasn't in real life. As the years went by, her desire to cling to her cherished fantasyland only grew stronger.


But when Meri meets Morgan, equal parts gorgeous and goofball, she begins to wonder if the time has finally come to rejoin the so-called real world. Channeling the bravery of her fairy warrior alter ego, Meri slowly lets Morgan beyond the protective walls she’s built around her heart. Just as she finds a comfortable groove in an uncertain world, Morgan succumbs to insecurities of his own, leaving her lost and confused. Through her battle to regain her equilibrium, Meri will discover that even in reality, things aren’t always what they seem.


Will Meri win the battle raging in her heart and summon the will to rescue her knight in shining armor? Or will she give in to the fear and find her game over?

First of all I have to say I loved Meri and I connected with her character straight away. After hearing about her tragic past I think it would be hard not to feel some sympathy and understanding for her character. Declan was perfect as her best friend and I loved their interactions. They made me smile on more than one occasion. Morgan was a good love interest and it was lovely to see how they slowly got to know each other. Although I'm sure like every other reader there is one point in this book where I would happily throw something at him!

Grams was brilliant and is definitely one of my favourite characters in this book. She is a great addition to the story and I especially loved her direct approach with everyone. Although I have to say all of the characters in Gamer Girl are well written and engaging.

I enjoyed the little bit of fantasy mixed in with a romantic comedy and I thought that having each chapter begin with the game was a fun idea. I looked forward to seeing how Pix was getting on in the game as much as reading about Meri in the real world.

The story itself is well written and I was pretty much hooked from the first chapter. I actually got a little tearful whilst reading so I was definitely invested in the story. I ended up finishing the book really quickly but I have to admit I was enjoying it that much I didn't want it to end!

Gamer Girl is quirky, romantic and full of fun! 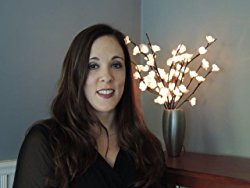 Glynis never expected in her wildest dreams to be a writer. After thirteen years in the Human Resources Industry, she decided to stay at home with her two amazing sons. Ever in search of a project, she was inspired to write the story of how, in only six short months, she met and married her wonderfully romantic French husband, Sebastien. The end result became her first novel, French Twist. As this was just the beginning of their epic love story, Glynis continued to chronicle their adventures in the sequel, French Toast, and the final installment in the series, French Fry. After she finished milking her life story for all it was worth, she decided to write straight-up fiction with Gamer Girl, which infuses her beloved chick lit with a hint of fantasy.

When Glynis is not writing, she is trying to keep the peace amongst the three men and two cats in her life, finding missing body parts (Lego pieces are small!), supervising a myriad of homework assignments and keeping a tenuous hold on her sanity by consuming whatever chocolate is in the vicinity.

Check out the whole tour: 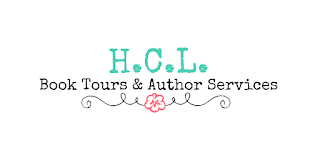