I am very pleased to be taking part in this Blog Tour arranged by Brook Cottage Books for Watercolours in the Rain by Jo Lambert.

So let's have a look at the book and then I have a lovely interview with Jo Lambert. Then finally there's a great giveaway to enter.

WATERCOLOURS IN THE RAIN
BY
JO LAMBERT

What happens to the future when past and present collide? 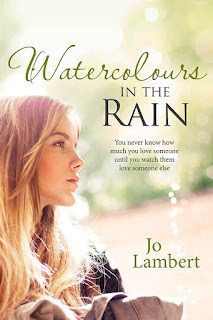 JESS:  Six years ago Jess’s relationship with Talún Hansen was torn apart by one night of deception. He disappeared from Lynbrook village and she headed for university vowing never to let anyone break her heart again. Now a teacher, Jess returns from holiday to an unexpected phone call and life changing news which will eventually bring her back home once more.
TALUN: Six years on Talún Hawkeswood, as he is now known, is heir to his grandfather’s Norfolk farming empire. When he hears of trouble in the village due to Lynbrook Hall being put up for sale, going back is the last thing on his mind. But staying away is not an option either, not when someone he owes so much to is about to lose their home and their livelihood.


LILY: Splitting with her husband after her son Josh’s birth, Lily now works as part of an estate agency sales team.  She has always held onto her dream of finding a wealthy husband and a life of self-indulgence. When the sale of an important property brings her face to face with Talún once more, she realises despite the risks involved, the night they spent together six years ago may be the key to making those dreams come true.
As Jess, Talún and Lily return to Lynbrook and the truth about what happened that summer is gradually revealed, Talun finds himself in an impossible situation. Still in love with Jess he is tied into to a trade off with Lily: his name and the lifestyle she craves in exchange for his son. And when a child is involved there is only one choice he can make… 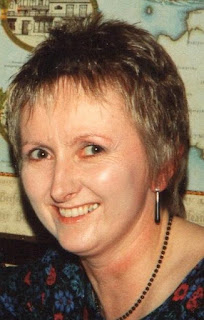 Born and raised in rural Wiltshire, Jo Lambert grew up with a love of books and a vivid imagination. As a child she enjoyed creating her own adventure stories similar to Enid Blyton's Famous Five. Writing always stayed with her, but college, work and eventually marriage found it was kept very much in the background. However in 2009 she finally had her first novel - When Tomorrow Comes - published. Three other connected books - Love Lies and Promises, The Ghost of You and Me and Between Today and Yesterday followed. They became collectively known as the Little Court Series.

In 2013 she decided to give up full time work to concentrate fully on her writing. Two other books have been written since - The Other Side of Morning which is the final book of the Little Court Series and Summer Moved On, a love story set in South Devon. Jo is about to publish, Watercolours in the Rain, and plans to begin work on her new book in early November 2016. She describes her writing style as drama driven romance.

Jo is married and lives in a village on the eastern edge of Bath with her husband, one small grey feline called Mollie and a green MGB GT. She loves travel, red wine, rock music and has a passion for dark chocolate…


First of all let's find out a bit about yourself. Can you pick three words that best describe your personality and why?

a) Stubborn. I’m Taurean so it goes with the territory.

b) Friendly. Although I’m happy to spend time on my own, I do love other people’s company.  I enjoy being on social media too although it can be very distracting.

c) Motivated.  I love challenges and during my working life was lucky enough to have jobs which stretched my abilities.  Now writing takes up all my time the challenge is still there but in a slightly different form.

What do you like to do when you aren't writing?


I have other writing connected activities – I read, review and blog. Away from this, I enjoy travel – Italy being a favourite holiday destination. I have regular meets with friends for lunch or maybe just a coffee. And my other passion is photography – my camera is always with me.

What book are you reading now?

Who We Were Before by Leah Mercer

What inspired you to write your first book?


Hearing a song on the radio. Music for me has always conjured up all sorts of scenarios in my head and has now become part and parcel of my writing.  On this occasion, however, it became the trigger for my very first book. One morning I heard Sting’s Fields of Gold and immediately it got me thinking about characters and a romance set in the West Country, where I grew up. At first I was going to set it during the 1930s, then decided instead to make it the 1960s when I was growing up. The whole thing just took off. I created these four young girls – Ella, Rachel, Issy and Jenny - whose lives expanded into five books as they went from teenagers to forty something women. The first, When Tomorrow Comes began in 1965 and the last The Other Side of Morning ended the series in the mid-1990s. I guess in 2016 you’d call it an historical family saga, although for me ‘historical’ means anything up until the end of the Second World War.  Yes, I do forget how time has flown!

Where do you get your information or ideas for your books?

I guess after the inspiration When Tomorrow Comes, the other four companion books were fairly easy to write as I already had my characters, it was simply about creating new challenges for them.  When I left, what became known as my Little Court Series, behind I wanted to stay in the West Country and decided to move across the border into Devon.  The idea of a modern day Wuthering Heights appealed to me: two people from vastly different backgrounds meeting and falling in love and the complications that could bring. I didn’t set out to emulate Emily Bronte, however. To have a damaged character bent on revenge like Heathcliff was certainly not something I contemplated.  Talún simply became the local bad boy. Abandoned by his mother and brought up by local farmer George Selby and his wife Ellie, to quote from the new book ‘he lived by his own rules and broke most of everybody else’s’ He is the archetypal fallen angel.

As for information, well a lot is taken from my childhood memories of growing up in a rural community. Some of my characters have been drawn from people I’ve known from way back and of course, the internet is a fabulous place for research and has given me so much help.

Of all the characters you have created can you pick a favourite and why?


I had a similar question in another interview due out soon. On that occasion I chose a minor character from one of my books who was fun and really memorable. But to be truthful there is no one quite like my beautiful Italian Marco D’Alessandro from The Other Side of Morning. In him wanted to create the perfect hero.  I gave his character strength but also vulnerability.  Privileged and well educated, he was the kind of man who made women feel special. Life for him was efficient and ordered until I introduced him to Charlotte, my central female.  And that’s the moment when his organised world was turned completely on its head.

Can you tell us a little bit about your book Watercolours in the Rain?

It’s the sequel to Summer Moved On.  At the end of this, the first book, Jess and Talún split up. Jess had gone off to uni. Talún, discovering his birth certificate had travelled to Norfolk and been reunited with his mother’s family and Lily, the cause of their split, was now back with husband Pauli, fresh out of prison. She had just discovered she was pregnant. Watercolours picks up the story nearly six years later. Talún is now the heir to an international food and livestock empire, Jess is teaching in Oxford and Lily, having broken up with Pauli is a single mother working as part of an estate agent’s sales team. Unexpected events in their lives bring them back to Lynbrook village where there will be lots of emotional moments and surprises before THE END appears.


So just for fun I also asked Jo some quick fire questions where you only pick one answer.


Night out or Day out  - Night out

Thank you so much to Jo for taking the time to take part in this interview, it's much appreciated.

2 E-COPIES OF THE BOOK (OPEN INTERNATIONALLY)