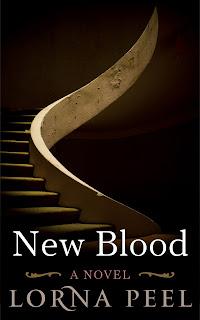 NEW BLOOD
BY LORNA PEEL
Genre: Romantic Suspense
Release Date: 3 November 2016
Publisher: Crooked Cat Publishing
Suitable for 18+
Sophia Nelson returns to her hometown in Yorkshire, England to begin a new job as tour guide at Heaton Abbey House. There, she meets the reclusive Thomas, Baron Heaton, a lonely workaholic.
Despite having a rule never to become involved with her boss, Sophia can’t deny how she finds him incredibly attractive.
When she overhears the secret surrounding his parentage, she is torn. But is it the attraction or the fear of opening a Pandora’s box that makes her keep quiet about it?
How long can she stay at the abbey knowing what she does?


“Her name’s Michelle,” she told him.
“Michelle’s doorstep, then. Her whole family could fall apart. It sounds dramatic but if it’s anything like what’s happened between Lady Heaton and me—” He stopped abruptly realising he’d said more than he had intended to. “For now,” he continued quietly. “I just want to try and get my head around it all and let sleeping dogs lie.”
She shrugged sadly. “All right.”
“We passed a pub about a mile back,” he said, jabbing a thumb back in the direction of the road. “Would you like a coffee?”
“I would love a coffee, thank you.”
“Good. I’m freezing.”
“Why didn’t you say?”
He just shrugged comically and they returned to the Land Rover.

The slow build up in their relationship was written well. Both characters and the story held my interest most of the time. The romance took a little while to develop but this isn't really a negative thing.

Thomas has a quick temper and it could be a bit annoying at times. Especially as sometimes he could fly off the handle at the smallest thing! Although as his character develops you get to see the real person behind the title.

Sophia is likeable especially as she is going through a tough time and she manages to handles everything that is thrown at her. I really enjoyed it when they started to research the family tree. I love anything to do with ancestry research so I thought this bit was great!

The secret within the story ends up concerning Sophia and it was interesting to see how things would turn out. I don't want to spoil it so I will leave it at that!

I enjoyed getting to know the characters and to see if Sophia and Thomas would end up together.

So curl up in a comfy chair and enjoy this intriguing romance!


Thank you to Lorna Peel and Brook Cottage Books for my copy. This is my honest and unbiased opinion. 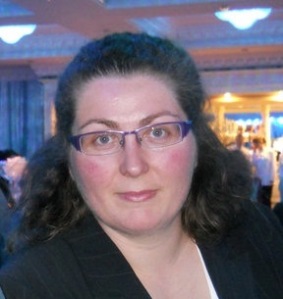 Lorna Peel is an author of contemporary and historical romantic fiction.
Her debut novel, ONLY YOU, a contemporary celebrity romance set in London, England, was published in 2014. INTO THE UNKNOWN, a World War Two romance set in London, the south east of England, and Ireland, was published in 2015 and reached Amazon’s top 20 best sellers in 20th Century Historical Romance. THE IMAGE OF HER, a romantic suspense set in rural England about a woman’s search for her birth mother, was published in May 2016. NEW BLOOD, a romantic suspense set in a stately home in Yorkshire, England, will be published on 3 November 2016.
Lorna was born in England and lived in North Wales until her family moved to Ireland to become farmers, which is a book in itself! She lives in rural Ireland, where she writes, researches her family history, and grows fruit and vegetables. She also keeps chickens (and a Guinea Hen who now thinks she’s a chicken!).
Facebook: http://www.facebook.com/LornaPeelAuthor
Twitter: https://twitter.com/PeelLorna
Goodreads: http://www.goodreads.com/LornaPeel
Google+ http://plus.google.com/+LornaPeel
Pinterest: http://www.pinterest.com/lornapeel
websites: http://lornapeel.com
Blog:  http://lornapeel.com/blog 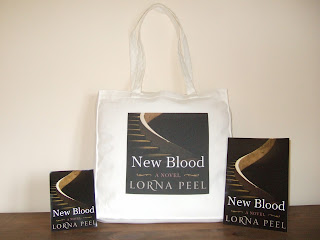 a Rafflecopter giveaway
at November 03, 2016