Thank you for joining me today it's my second stop on the Blog Tour for The Silver Bells Christmas Pantomime by Lynsey James. This tour is arranged by Jenny at Neverland Blog Tours

Let's take a look at the blurb and then read on for a lovely extract from the book. There is also a chance to enter a giveaway. 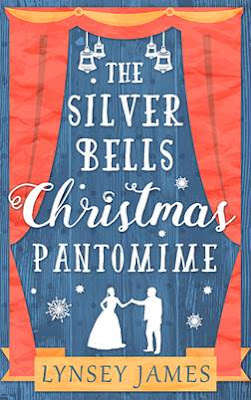 This Christmas pantomime is about to be the talk of the town! Luna Bay’s festive preparations are well under way and the much anticipated annual pantomime is to be, once again, the highlight of the season.

Too bad that the village’s very own actress and darling of Broadway, Alice Woods, isn’t feeling in the mood for Christmas. Until the pantomime comes under threat and a grief-stricken Alice is forced to push her personal pain aside and step up to direct – after all, the show must go on..

So with (more than) a little help from her new found friends, not to mention one very gorgeous Hollywood A-list celebrity, the play begins to come together, but will Alice finally believe that Christmas is a time for miracles after all?

I pulled out my phone and flicked to my news app, heading straight for the showbiz section. I’d recently downloaded it, thanks to my ever-growing curiosity about the mysterious Mr Fox, and was starting to enjoy reading about the entertainment world again. The top story made my heart sink.
HOLLYWOOD HEARTTHROB’S LOVE RAT SCANDAL

There was a picture of none other than Ethan Fox in a very compromising position with a pretty blonde woman. According to the article, she was his best friend’s wife – Sarah – and “sources” claimed that there had always been a spark between her and Ethan. I felt a little pang of sadness; he’d seemed so nice when I’d met him, but it looked like he was just another shameless celebrity.

‘Everything OK, love? You look miles away,’ Diane, the café’s owner, said as she collected some of my many empty plates and teacups.

I shook my head and waved a hand. ‘I’m fine, I just… I just read something unpleasant in the news, that’s all.’

‘I don’t blame you, darling; there’s nothing but bad news these days. Fancy another slice of cake? That’s the best remedy for bad news,’ she said with a wink.

‘I’ll stick with my carrot cake just now,’ I said, gesturing to the slice in front of me. ‘But thanks anyway.’

I skimmed through the article again, wincing as each detail about Ethan’s sordid affair with his best friend’s wife unfolded in front of me. Apparently, he’d pursued her for months and even tried to stop her wedding. Then, one night a few months ago, they’d “given into their mutual passion for one another”. That phrase made me gag. So much for the nice guy act he’d pulled that day at his dad’s department store, I thought. He’d seemed like such a decent bloke then.

It was looking like the articles depicting him as an arrogant womaniser were right, much to my disappointment. Yet I couldn’t quite believe I’d misjudged him so badly. If he’d really been the man the media made him out to be, I’d have seen it surely? I’d been around more than enough cocky, self-important actors in my time, after all. Ethan had struck me as being different: quiet, unassuming, even a little unsure of himself. How could I have got him so wrong?

I was distracted from these thoughts by a very familiar clamour of voices and shutter clicks. It was coming from outside the café.

No, I said to myself, surely it’s not…

I turned around just in time to see a very wet Ethan Fox walk through the café’s front door, leaving the paparazzi outside. Every inch of his six-foot frame was dripping with water, from his russet-brown hair to his long black double-breasted pea coat. In a way, he looked like the catwalk version of Jonathan Creek.

I ducked my head down, hoping to stay out of sight. Although his comment about me not flying under anyone’s radar had played on my mind since our encounter, I knew I wouldn’t be able to talk to him again without making some sort of comment about his womanising ways. If he came up to me and tried to turn on his charm, I’d tell him exactly what I thought of him.

Unfortunately, my plan to blend into the background was ruined when I took a quick peek at him to see if he’d spotted me. His blue eyes locked with my brown ones and a huge grin spread across his face. To my utter horror, he approached my table.

So much for flying under the radar.

‘Erm…excuse me, but are you the girl I saw in Fox’s last Saturday? The one who helped me when a revolving door smacked me in the face? It’s Alice isn’t it?’

As greetings went, it was as unique as they came. I tried to suppress a smile, but it came bursting out anyway. I cursed myself for not maintaining my ice queen composure; it seemed I couldn’t help smiling when he was around. I was more than a little flattered that he’d remembered my name too.
‘That would be me!’ I kept my eyes fixed on the plate of half-eaten carrot cake in front of me. No way was I going to risk looking up at him again and deepening the crimson blush that had already spread over my face. ‘How’s the nose?’

Yup, that’s REALLY telling him what you think of him, Alice.

‘It’s fine thank you, although my agent wasn’t thrilled when I turned up for the menswear campaign audition with a plaster on my face,’ he replied with a chuckle. ‘I don’t think I’ll be the face that launched a thousand campaigns any time soon.’

‘Well, I think your plaster makes you look edgy,’ I replied. ‘If they give it to the other guy, they’re missing out.’

What was wrong with me? It was like my brain and my mouth had stopped communicating with each other; Anonymous Alice would never make a remark like that.

‘I’ll take that. Mind if I sit down for a couple of minutes?’ He gestured to the seat opposite me.

‘Why?’ was my immediate response and I wanted to kick myself. ‘I-I mean, don’t you have stuff to do?’ 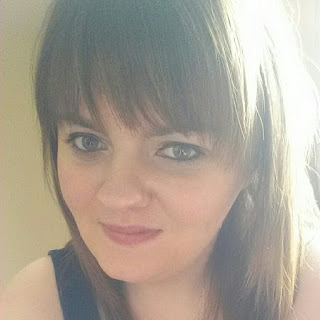 Lynsey James was born in Fife in 1991 and has been telling people how to spell her name ever since. She's an incurable bookworm who loves nothing more than getting lost in a good story with memorable characters. She started writing when she was really young and credits her lovely Grandad- and possibly a bump on the head from a Mr Frosty machine- with her love of telling stories. She used to write her own episodes of Friends and act them out in front of her family (in fact she's sure she put Ross and Rachel together first!)

A careers adviser at school once told Lynsey writing wasn’t a “good option” and for a few years, she believed her. She tried a little bit of everything, including make-up artistry, teaching and doing admin for a chocolate fountain company. The free chocolate was brilliant. When Lynsey left my job a couple of years ago, she started writing full-time while she looked for another one. As soon as she started working on her story, Lynsey fell in love and decided to finally pursue her dream. She haven’t looked back since. When Lynsey's not writing, eating cake or drinking tea, she's daydreaming about the day Dylan O’Brien FINALLY realises they're meant to be together. It’ll happen one day…
Links

This giveaway is for a £25 theatre voucher with the ATG theatre group.

It is UK ONLY.

a Rafflecopter giveaway
at November 20, 2016