Thank you for joining me on the first day of the Blog Tour for The Silent Pool by Phil Kurthausen arranged by Neverland Blog Tours.

Today I have a brilliant Guest Post from Phil Kurthausen about music and writing. Then why not enter the great giveaway! 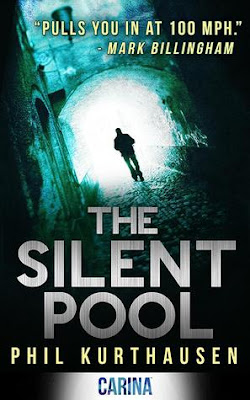 How long can the past be kept secret?

It is a time of austerity. Financial cuts are biting hard and the once great City of Liverpool finds itself now almost bankrupt. At the eleventh hour funding is found in the form of enigmatic billionaire Kirk Bovind, a religious zealot, determined to change the moral and religious fibre of his old hometown and bringing salvation to the streets.

So when a man disappears without trace solitary lawyer, Erasmus Jones, agrees to track down missing Stephen, but quickly discovers that this is more than just a missing person case. Men are being brutally murdered across the city and Erasmus suspects the deaths are all linked.

As the search for Stephen grows and the ripples from the past begin to spread Erasmus has to ask himself whether Bovind could be behind the killings or if someone is trying to frame him and weaken the strangle hold he has over the city? 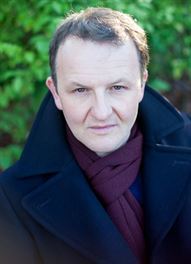 Phil Kurthausen was brought up in Merseyside where he dreamt of being a novelist but ended up working as a lawyer. He has travelled the world working as a flower salesman, a light bulb repair technician and, though scared of heights, painting the Sydney Harbour Bridge. Ken Dodd once put him in a headlock for being annoying.

He has had work broadcast on BBC radio 4 extra, published some short stories and his novel ‘The Killing Pool’ won the Thriller Round in the Harper Collins People’s Novelist Competition broadcast on ITV in November 2011 and appeared in the final. It was later shortlisted for the Dundee International Literary Prize in 2012. He lives in Chester.

Erasmus Jones, the psychologically scarred lawyer, in ‘The Silent Pool’ and ‘Sudden Death’ likes his music.  As he sits alone late at night looking out over the Mersey it’s Joy Division, The Smiths or Massive Attack that provide the soundtrack to his dark contemplation.

As the author of the ‘Erasmus Jones’ series I also happen to like the same music as Erasmus Jones, though a deviation of the standard lawyerly/writer caveat here, the characters of my novels are only ‘loosely’ based on me or people I know.

But when I’m writing music can be a friend or foe. Mood drives everything and when I’m in the flow anything with lyrics will kill the roll dead.  I love Bob Dylan but with the Nobel Laureates’ words making pictures in my head it causes a mental channel change and before I know it I’m reading the Internet to completion again. If it’s flowing then it has to be something with no competition from words and that means classical or ambient, Phillip Glass, Brian Eno, Miles Davies and Stravinsky are my go to’s when the word count is biting the dust.

But like Erasmus there are times when the inspiration won't come and that’s when, like Erasmus, I sit alone in the dark with the only light the electric blue of the laptop screen and I reach for dark, contemplative, plaintive cries of the soul, Nina Simone, Neil Young, Leonard Cohen and Nick Cave and their lyrics have sparked enough of their fair share of plot and character to deserve a mention.

So, for my next book look out for the acknowledgements, if it’s for X-Factor contestant you know something has gone badly wrong in mine, and Erasmus’s world.

The giveaway is for a £10 Amazon gift card (UK ONLY) and to have a character named after the winner in Phil Kurthausen's next book. It is for one winner.
Giveaway start date: 12th December - 19th December.

a Rafflecopter giveaway
at December 12, 2016