Thank you for joining me today on the Blog Tour for The Good Enough Mother by Anoushka Beazley. So first of all lets take a look at the book and then you can read on for my review.
Lastly why not enter the brilliant giveaway! 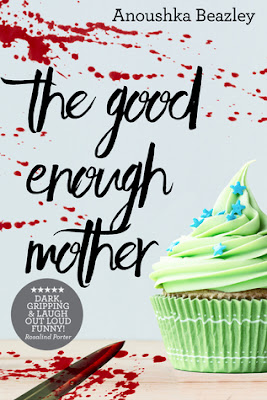 Gatlin - a leafy, affluent town: Chelsea tractors and ladies who lunch. However, all is not as it seems. Drea, a most unnatural mother, struggles to find private school fees for her step-daughter Ava after her boyfriend leaves her for another woman. Watching the yummy mummies she becomes inspired, hatching a daring and criminal plan...unleashing all hell in the quiet town of Gatlin. Can Drea survive the fallout and the wrath of the PTA? A satirical and hilarious black comedy about love, motherhood and the human condition.

When I first read the blurb I didn't really know what to expect I guess what first drew me to the book was that Drea didn't sound perfect. Then there was the fact that I liked the sound of the black comedy aspect to it.

This book captured my attention right down to the characters and to the events that take place. Drea is not your average mother but that doesn't mean she is necessarily a bad one. I think that most people will go to great lengths to keep their loved ones happy and secure. Although maybe not take the steps that Drea does!

Drea is written in such a way that you can't really help but hope everything works out okay in the end for her and her loved ones. She is definitely flawed but this makes her such an interesting character. After all everyone has flaws just maybe not to the extreme of Drea. The best parts of the story have to be when she says what she thinks. Drea has no filter and I loved her for that, I am pretty sure all of us at times probably wish we could say out loud the things that Drea says with ease.

Drea and Ava's relationship is one of the great things about this story, brought together when Ava was four and Drea became her mother. Even though motherhood was basically thrust upon her she decides to do her very best by Ava.

There are plenty of comical moments and I couldn't help but smile at some of the events that take place in this book. Can I also say that I too would hate to be forced to take part in a bake sale! Does that make me a bad mum? I loved the way the story took off in a different direction as to how I expected. I felt as if I didn't know what was coming next and how things would end. There are some serious issues that take place in the book but they are handled well.

After finishing I actually thought about The Good Enough Mother for days afterwards. It really did stay with me and I am so glad I picked it up!

Thoroughly entertaining with a delightfully refreshing take on motherhood!

Thank you to Anoushka Beazley & Neverland Blog Tours for my copy. This is my honest and unbiased opinion. 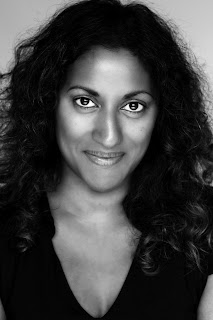 Anoushka Beazley has a film degree, an acting diploma and a masters in creative writing. She is a full time novelist, lives in North London with three little witches, a lawyer and a Maine Coon.