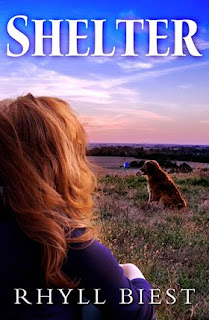 Raw and risky, a new rural romance that explores the dark side of small towns, and the people who put everything on the line to protect them...

Kat Daily is excited to trade her Sydney airport quarantine uniform for an RSPCA inspector’s uniform and a job in the rural town of Walgarra. A fresh start in a new place, where she can make a real difference in the lives of the animals that she loves.

But Walgarra doesn’t offer a peaceful, bucolic existence. Like many small towns, the distance from urban settings — and urban law enforcement — has allowed a criminal element to set in. Kat may only be looking after animals, but that doesn’t mean she will be immune to people with sinister agendas.

The previous RSCPCA inspector was murdered, and Officer Luka Belovuk is determined to keep the new inspector from the same fate. He may have very broad shoulders, but carrying the safety of the law-abiding community just trying to live their lives has weighed him down, and one more death might be more than he can take.

Not all small towns are quaint and quiet, but they all have one thing in common: a community of people willing to protect their population with everything they have. 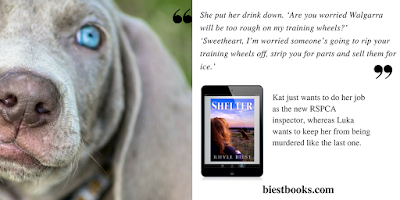 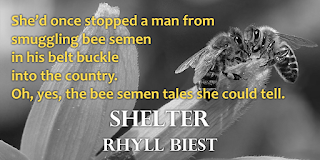 Excerpt
Injury was not a worry, she knew from statistics that yoga or cycling could break bones or sprain limbs just as easily as a self-defence class. Still. She pictured herself wrestling a two-hundred-pound correctional officer or, worse, wrestling with this man. Her eyes went to the massive forearm resting on the car door and she couldn’t help picturing it hooked around her throat as Luka stood behind her applying a loving, therapeutic rear choke hold. A shockwave lurched through her, and it wasn’t fear. No, fear would have been too healthy, too normal for her. 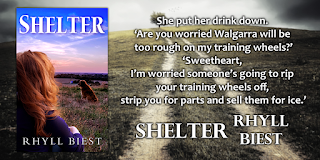 Author Info:
Living in Prague, Shanghai and Germany and studying several languages has given Rhyll a taste for the exotic, and she populates her writing with sexy Soviets, hot Aussie vixens and gratuitously attractive Teutonic gods. Outside of playing host to the United Nations of Hotness in her writer's imagination, she can be found trying to pass for normal at her office job, twiddling with art, or reading. She's also a proud member of Romance Writers of Australia.