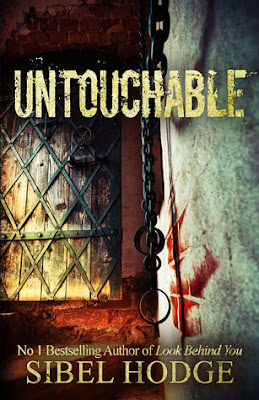 A Conspiracy. A cover-up. And a whistle-blower… You think you know who to trust? You're wrong. Untouchable is a chillingly dark psychological thriller from the No 1 Bestselling Author of Look Behind You.

It’s Maya and Jamie’s anniversary, and she waits with excitement for him to return home for a celebratory dinner. There’s a knock at the door. It’s the police. Jamie has been found hanging in a local wood.

His death is ruled a suicide, but Maya doesn’t believe Jamie would take his own life. Something isn’t right. Someone has broken into her house. Someone is watching her. And someone has gone to great lengths to cover up what Jamie was doing before he died.

Maya’s grief turns to suspicion, and as she begins to investigate the weeks leading up to Jamie’s death, her trail leads her to a place known as “The Big House” and the horrific secrets within. Secrets people will stop at nothing to keep hidden. People linked to the heart of the Establishment who think they’re untouchable.

Now Maya has a dangerous decision to make. How far is she prepared to go to reveal the truth?

I have to say once I started this book I didn't want to put it down. Even though I found the subject matter a little uncomfortable to read at times. The events that take place are hinted at but are not fully described. Although you do understand what terrible things have happened.

The pacing of the story is brilliant and there is always something happening. I thought the story being told from both Jamie and Maya's point of view was a great way to tell the story. Both characters were developed well especially Jamie as the reader got to know him in the past tense.

Maya is brilliant as she starts to look into Jamie's life to discover the truth behind his death. I hate to overly use the phrase twists and turns but this book definitely has them. As new information is uncovered I couldn't stop reading it was almost addictive. Whilst reading this book it triggered plenty of emotion mainly anger but sadness too. I so hoped justice would be served, slowly the truth is revealed but how will it all end?


Five stars from me!

An emotionally dark psychological thriller, full of suspense and at times heartbreaking!


Thank you to Sibel Hodge for my copy. This is my honest and unbiased opinion.
at January 02, 2017