#BlogTour - #Review - You Drive Me Crazy by Anna Premoli @Aria_Fiction 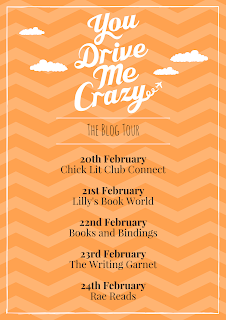 I am so happy to be joining the Blog Tour for You Drive Me Crazy by Anna Premoli and bringing you my review and an extract today.

First of all let's take a look at the book... 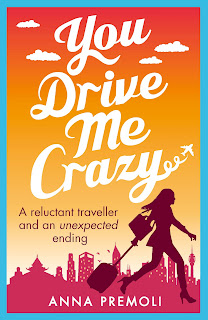 What girl doesn’t dream of an amazing promotion working on the other side of the world?

This once in a lifetime opportunity is presented to 28 year old investment banker, Maddison Johnson and instantly fills her with abject fear.

It isn't the New York transfer she had set her heart on... she's going to South Korea, instead.

To make things worse, her boss Mark Kim doesn’t go out of his way to make it easy for her to adapt to her new environment.

Plunged into a world she knows nothing about with a man she can't stand, Maddison finds herself forced to adapt and grow up quickly. Maybe in the process she will stumble over something wonderful and quite unexpected...

Last year I read Love to Hate You by Anna Premoli and the story was so much fun to read. You can catch my review here. With this in mind as soon as I saw You Drive Me Crazy I had to read it!

The travel aspect and the idea of relocating to a new country definitely appealed to me although certainly not to Maddison! I'm guessing I won't get the chance to travel to Seoul, South Korea so I was looking forward to seeing the place through Maddison's eyes. The descriptions of the country were great and I loved finding out about all the different traditions.

I liked the idea that first impressions can be damaging with Maddison and Mark showing this perfectly. Their first meeting does not go to plan and this sets the story up brilliantly. You can tell right away that sparks are going to fly between them. So I knew I would enjoy their feisty interactions especially with them having to work together closely. I have to admit that I am probably a little bit like Maddison in some respects. Especially as she has made a habit of blending into the background and finds the idea of leading people daunting. That would definitely be me! As the book progresses Maddison definitely grows as a character and I did become more attached to her. At times Mark could be a little infuriating but again as his personality begins to come through I ended up forgiving him for the most part at least.

If you are looking for something that will leave you smiling then this book is ideal.

You Drive Me Crazy is a light and easy going story with two fun and interesting characters!

Many thanks to Aria Fiction & Netgalley for my copy. This is my honest and unbiased opinion.

Flights of Fancy – In Every Sense

The last two weeks have flown by with amazing speed. I feel like a prisoner on death row who is waiting for the executioner to turn up but who still hasn’t had time to actually get their head round the idea of what’s going to happen. I think that it’s only been in the last few days that I’ve really understood how Marie Antoinette must have felt as she waited for them to take her out to face the guillotine. Just for the record, it’s not very pleasant.

In the last week I’ve packed, boxed up all my belongings and even sublet my flat. From a formal point of view, I’m ready to leave, but psychologically I couldn’t be feeling less prepared.

My ‘brilliant’ plan to stay in London did not yield the desired results: John has completely closed himself off from me, hiding away and, on the rare occasions when I have been able to see him, my tears have not, unfortunately, managed to make him change his mind. Well, I knew it wasn’t going to be an easy mission.

And he’s not the only one: I have a very strong feeling that everyone in the office is trying to avoid me. The cowards!

Ironically, I’d invested my greatest hope in Mark Kim. I was actually convinced that he would rather gnaw off his own arm than take me to Seoul.

Part of me was certain that I would never really end up going. Despite everything, deep down inside I wasn’t worried. I was sure that something would happen to prevent it.

Unfortunately, events took an unexpected turn when, during a chance encounter in the elevator, Mark brought me up to date about the developments in the situation. True to our agreement, he had been trying to stir things up, but without results: it seemed that the company didn’t have the slightest intention of changing its mind about my transfer, despite complaints from both him and me. Coming out of the elevator he had told me, barely looking me in the face, “You must resign yourself to it, Miss Johnson, as I have. And I assure you that of the two of us, the one who must swallow the bitterest pill is me.”

You lousy worm, you never miss a chance to insult me.

After that for a few days I seriously thought about handing in my notice, but the truth is that I lacked the courage to do anything quite that drastic. And slowly, while my hope dried up like an autumn leaf, I had to face the inevitable and start packing my bags.

So now, here I am stuck in the car with my parents as we make our way to the airport as though I was setting of for a camping trip with the girl guides or something. My mother decided to accompany me with the excuse of seeing me off, but I have the sneaking suspicion that she doesn’t trust her daughter: not wholly unreasonably, she’s scared that I’ll try to do a runner at the last minute, and wants to be there to make sure I don’t. In any case, it is excruciatingly embarrassing to be chauffeured there by my mum and dad at my age. Even more so because the reason I’m leaving is my job!

At my age I should have some wonderful boyfriend by my side driving me to departures, or actually stopping me from leaving because he just can’t live without me lighting up his life. But, alas, of the famous Prince Charming there is no trace. Now that I think about it, there have only been toads who stayed toads even after I kissed them. A total waste of kisses.

I was really grateful to Jane for turning up at my house this morning before going to the office: her parting gift was a collection of all of Jane Austen’s novels. A really nice thought, as my friend knows how much I love Austen. She tried to reassure me and promised to send me an email every day to show her support. I know she’ll be keeping her fingers crossed for me. If only that was enough. I doubt that even Merlin the bloody wizard himself could invent a magic spell to enable me to survive Seoul.

Even my colleagues were really sweet yesterday – they’d organized a nice little farewell party to see me off, and it had given me the opportunity to learn first hand that farewell parties only cheer up the people who are staying, not the ones who are leaving.

Having to clear out my desk only increased my sense of unease. As I emptied the drawers, taking out my knick-knacks and putting my stuff into boxes, I had a weird feeling that all this was incredibly final, as though it were forever. The truth is that at this moment, twelve months really does seem like an eternity. It doesn’t matter how hard I try, I just can’t seem to convince myself that this year will pass quickly. 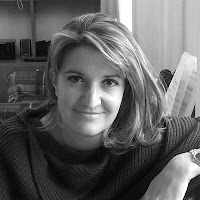 Anna Premoli is a bestselling author in Italy. She began writing to relieve stress while working as a financial consultant for a private bank. Her previous novel, Love to Hate You won the Bancarella prize in 2013.