Thank you for joining me I have a lovely Guest Post today on the Blog Tour for A Country Practice by Judith Colquhoun. 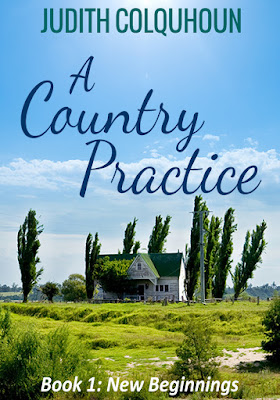 
A heart-warming, poignant and engaging tale about the doctors, nurses and patients of the Wandin Valley Bush Nursing Hospital, and their friends and neighbours.

A Country Practice follows the dramas, loves, secrets and dilemmas of the people in an Australian small country town. There is romance, humour and tragedy for the medical staff of the local hospital, and the rural community it serves.

A desperate woman arrives at the Wandin Valley Bush Nursing Hospital in the final stages of labour. Can Dr Terence Elliott overcome his demons to save both mother and baby?

Simon Bowen, the newest doctor in town, is frustrated at being seen as an outsider by the tight knit country people. Will he succeed in winning them around ‒ especially young vet Vicky Dean?

Vicky’s mum, Sister Shirley Dean, is courted by widowed police sergeant Frank Gilroy. But is he the man for her?

Young married couple, Brendan and Molly Jones arrive in Wandin Valley. Are they prepared for the realities of country life?

Meanwhile, a teenager in love clashes with her father and a serious car accident reveals a surprising secret about two of the town’s residents.

Based on the award-winning, international hit television serial A Country Practice, this new series of novels follows the lives and loves of the rural community of Wandin Valley, South-Eastern Australia. Set in the early 1980s it is a nostalgic look at country life, yet with all the same joys and problems we face today.

A New Life in the Country

Many people who live in a big town or city have, at some point, fantasised about ‘getting away from it all’ and beginning a new life in the countryside. In A Country Practice, young Australian couple Molly and Brendan Jones make their dream a reality, when they swap city living for a new start in the rural community of Wandin Valley.

The move was Molly’s idea. Her mother, Caroline, had never approved of Brendan. He was a nurse at the city hospital – Caroline thought that her daughter should have married a doctor! Molly knew that their marriage would be much happier away from her disapproving mum’s interference.

At first, the locals in Wandin Valley don’t know what to make of Molly and Brendan. Molly’s bright clothes and glittered gum boots aren’t exactly the typical fashion style for country people. And some of the town’s older residents need time to get used to the idea of a male nurse.

Molly also raises eyebrows when her mother’s house-warming present, a fancy chandelier, ends up gracing the sty of their pet pig, Doris! In fact, Molly’s love of animals sometimes makes it hard for her to accept the need for a more practical and less sentimental attitude in the countryside.

The Joneses aren’t the only outsiders in town. Simon Bowen is a good-looking young doctor from a wealthy family. His father and grandfather are both famous surgeons, but Simon hasn’t quite matched their success. That’s why he’s ended up in general practice in what he calls ‘this hick town’. But he does have a soft spot for the locals, and is determined to be accepted by them. Simon especially likes the local vet, Vicky, who isn’t at all impressed by his brash ways. It remains to be seen whether his charm can win her over.

Sandra Myers is another out-of-towner, who makes a dramatic arrival in Wandin Valley. Pregnant Sandra goes into labour, but it is touch and go whether the doctors can save her baby, and they are puzzled when Sandra insists she doesn’t want her husband to know where she is. Sandra will pose quite a challenge for the doctors and nurses of the Wandin Valley Bush Nursing Hospital.

Join Molly and Brendan as they learn about the dramas, loves, secrets and dilemmas of the people in a small country town. Like them, you’ll soon learn that life in the country isn’t as quiet as you might think, in fact there’s never a dull moment! 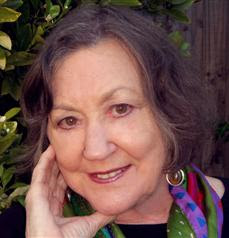 Judith Colquhoun was born in Queensland and grew up in Sydney. She studied production at the National Institute of Dramatic Art and soon after graduating, love and a job took her to Melbourne. Later, she lived in London for a time, spent many years in country Victoria and long enough in Italy to fall in love with the Mezzogiorno. She is now back in Melbourne and may even stay there.

She started writing when she was six and from the age of twenty-three has always earned her living from it in one way or another. She was a scriptwriter for far too long, writing countless hours of television for many of Australia’s most popular shows, including Neighbours and Home & Away. Her output included one hundred episodes of A Country Practice.

Judith has worked as an editor and script producer, and in Italy was a script consultant on the serial Un Posto Al Sole. She has won five Awgie Awards and in 2007 was made a Life Member of the Australian Writers’ Guild.

In 2009 she finally gave up scriptwriting to attempt a novel. Thicker Than Water, which is largely set in southern Italy, was published in 2014. It was Highly Commended in the Fellowship of Australian Writers 2014 National Literary Awards.

She has written three novels based on the stories and characters of A Country Practice – New Beginnings, To Everything a Season and Silver Linings.


Judith is married with two children and three grandchildren.
at February 23, 2017