Never the Bride is out tomorrow but you can pre-order your copy today.

I reviewed Never the Bride a couple of days ago and you can catch my review here. This book is full of laugh out loud moments but with a lovely romance that will melt your heart! 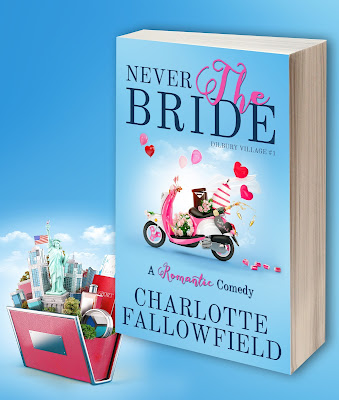 Abbie Carter felt doomed as she clutched her bouquet and started walking up the aisle. Again. She felt like she was stuck in some kind of Groundhog Day wedding nightmare. Always the bridesmaid, never the bride. Eight dresses, most of them hideous, were already stuffed in her attic space. She had more bridesmaid dresses than relationships. Was she really that unlucky in love? She despaired of ever finding her soul mate and was convinced that if she packed away dress thirteen in her attic, she’d never get to wear the coveted white one and have her happy ever after.

That was until she locked eyes with one of the handsome ushers, whose wink turned her elegant and well-practiced glide up the aisle into a flailing Bambi-on-ice spectacle. Miller Davis was the first man in forever to make her heart skip a beat, as well as her legs turn to jelly. And, for once, her interest in a man didn’t seem to be one-sided. It was just a shame that the Atlantic Ocean separated them. Abbie couldn’t even make a relationship with her elderly fat pooch, Sumo, work, so what chance did she have with a permanent New Yorker? Her best friend, Georgie, told her to ignore the miles that separated her from Miller and to go for it, saying that true love knew no bounds.

Was Abbie fated to always be the bridesmaid, or would her wish for the perfect day with the man of her dreams ever come true? 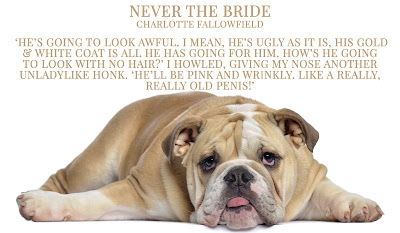 While Never The Bride is a standalone story, it's the first in the Dilbury Village series of romantic comedy novels. All of them will be set in the quaint fictitious English hamlet in the Shropshire countryside, but feature a different village couples' story.

"Charlotte Fallowfield infuses this story with a rare blend of humour, angst and romance that's makes this a laugh out loud can't stop read." - Obsessed by Books.

"I have never laughed so hard reading a book before in my entire life." - Mad About Books.

"I laughed so much I cried in this book; it was fabulous and I couldn't put it down" - MI Bookshelf

"Flawless, hilarious perfection! The funniest book I have read in such a long time." - Lady Living in Bookland.

"This story was so good. It was a funny and touching romance." - The Next Great Read.

"Charlotte Fallowfield has such a wicked sense of humour." - Gothic Angel Reviews.

"The book is a rollercoaster ride of emotions and humour! This read just about killed with me laughter." - A Readers Review. 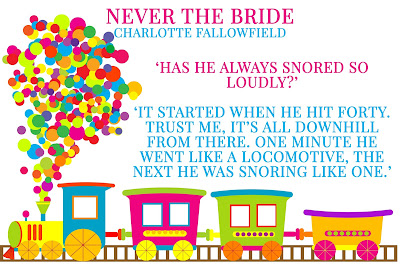