Thank you for joining me today I have a great extract from The Lisbon Labyrinth by David Ebsworth to share with you today. First things first let's take a look at the description for the book... 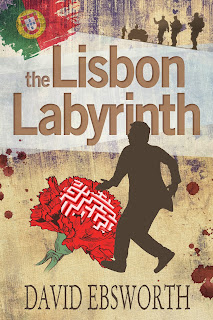 THE LISBON LABYRINTH
BY DAVID EBSWORTH

Genre: Political thriller
Release Date: 1 May 2017
Publisher: sBooks
Lisbon, 1974. Journalist Jack Telford must hunt down a killer, solve a deadly riddle, renew his acquaintance with an old flame, and survive Portugal’s revolution in this taut thriller with a life-and-death finale, which Jack may survive, but only at great cost.

There is a dossier, upon which the whole of Portugal’s future may hang, and Jack's quest to find both the killer and the lost documents will drag him into a labyrinth of deception and danger. Will his best-intentioned actions perhaps have the worst of consequences?

Is it too late for Jack’s past to be finally redeemed by love? And, in a world where nobody can be trusted, can Jack even trust himself?
BUY LINKS
AMAZON | KOBO | iTUNES

EXTRACT
Jack Telford had been tortured in the past. In Spain, more than thirty-five years earlier. In ’38. It had cost him his left eye and much more besides. His interrogator now, as then, was a lieutenant. On this occasion, the fellow had introduced himself as Tenente Estéves. Slim and slight. A neat civilian suit, naturally, but a lieutenant – a lieutenant firmly in the pay of a secret police force deployed by the regime that had ruled Portugal with an iron fist over the past four decades. 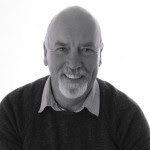 ABOUT DAVID EBSWORTH
David Ebsworth is the pen name of writer Dave McCall, a former negotiator for Britain’s Transport & General Workers’ Union. He was born in Liverpool but has lived in Wrexham, North Wales, with his wife Ann since 1981.

Following his retirement, Dave began to write historical fiction in 2009 and has subsequently published five novels: political thrillers dealing with the 1745 Jacobite rebellion, the 1879 Anglo-Zulu War, the battle of Waterloo, warlord rivalry in sixth-century Britain, and the Spanish Civil War. His sixth book, Until the Curtain Falls – published in May 2017 – returns to that same Spanish conflict, following the story of journalist Jack Telford who, as it happens, is also the main protagonist in The Lisbon Labyrinth.

Each of Dave’s novels have been critically acclaimed by the Historical Novel Society and been awarded the coveted B.R.A.G. Medallion for independent authors. His work-in-progress is a series of a further nine novellas, covering the years from 1911 until 1919 and the lives of a Liverpudlian–Welsh family embroiled in the Suffragette movement.
Facebook: https://www.facebook.com/EbsworthDavid/
Twitter: https://twitter.com/EbsworthDavid
Goodreads Author Page:
https://www.goodreads.com/author/show/5780879.David_Ebsworth?from_search=true
Website: http://www.davidebsworth.com
Author: http://www.davidebsworth.com