Thank you for joining me on the blog tour for Trust Me by Gemma Metcalfe. Today I have an extract to share and also a fab giveaway to enter! 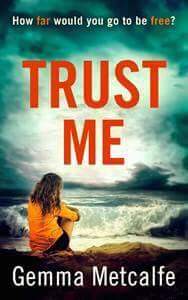 Lana needs to sell a holiday, fast. Stuck in Tenerife, in a dead end job, she never expected a response quite like Liam’s.

Thousands of miles away a phone rings. Liam never intended to pick up, he’s too busy choosing the quickest way to die. But at least someone should know the truth before he goes, even if that someone is a stranger.

As time runs out both are drawn to the other, expressing thoughts they never thought they would share.

When you’re about to die will your secrets even matter?

‘What is the first rule of sales?’ asks my manager, Damien, a pathetic, bald-headed, little Scouser who has a surprisingly large forehead and an even larger ego.

‘Well?’ he demands when nobody speaks, a manic grin plastered on his face thanks to the bag of cocaine he’s no doubt just shoved up his hooter. He cracks his knuckles twice, looks around the room for an answer. We stare ahead uninterested, dodging eye contact.

Through the window of the office, a characterless, white, walled box packed to the brim with computers and sweaty bodies, I catch a glimpse of paradise. Tenerife looks especially beautiful this morning; pale-gold sand meets crystal-blue sea, blending effortlessly into a cloudless sky. Lazy morning sun beats down on half-naked bodies like warm honey; couples arm in arm, forgetting for at least one week about the damp, cold weather and depressing recession which are destined to greet them off the plane home. I swivel around in my chair ninety degrees and can just about make out the harbour in the distance; rich people’s yachts bobbing up and down with the fresh morning breeze, excited babies being rocked on their mothers’ knees, their chubby faces covered in bubble-gum ice cream. Damien says I have the best desk in the office, next to this window. He calls it ‘the window of opportunity’. He likes his play on words does Damien – that’s one of the many reasons why I think he’s a prat!

‘Lana,’ he often barks, while looming over my desk with his Armani tie swinging in my face and his beer breath wafting up my nostrils. ‘If looking through that window doesn’t inspire you to sell holidays, you might as well go and look in the job centre window instead.’ Then he laughs hysterically before giving way to a smoke-induced coughing fit, like the wit he possesses needs to splutter out before he spontaneously combusts.

So anyway, the first rule of sales is to not believe a word the client on the other end of the telephone says. Obviously I know this but I wouldn’t give Damien the satisfaction by answering. He is right, though; they all lie to you from the second you say hello. One lady, a Mrs Chilton, aged seventy-two, from Brighton, once told me she couldn’t possibly take up my offer of a beautiful, luxurious holiday because her parrot had separation anxiety. Apparently he had taken to pulling out his own feathers and hanging upside down while singing Lionel Richie songs whenever she left the house. Perhaps this one was true – either that or Mrs Chilton is an absolute legend! 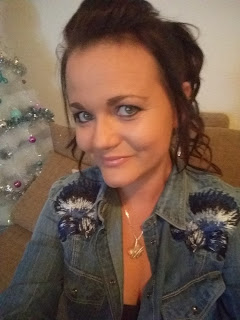 Gemma Metcalfe is a Manchester born author who now lives in sunny Tenerife with her husband Danny and two crazy rescue dogs Dora and Diego. By day, Gemma can be found working as a Primary school teacher, but as the sun sets, she ditches the glitter and glue and becomes a writer of psychological thrillers. An established drama queen, she admits to having a rather warped imagination, and loves writing original plots with shocking twists. The plot for her debut novel ´Trust Me,´ is loosely based on her experiences as a call centre operative, where  she was never quite sure who would answer the phone… 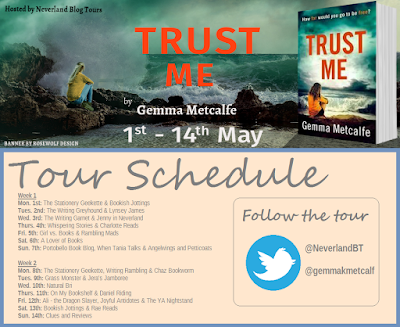 The giveaway is UK ONLY.

It's to win a Boots voucher, a copy of Trust Me and some surprise Boots goodies!