Thank you for joining me this is the first of two stops that I have on the blog tour for Under a Tuscan Sky by Karen Aldous. For today's stop I have a guest post where Karen talks about discovering characters in locations and there is also a brilliant giveaway to enter too. Don't forget to check back here on the 24th June for my review! 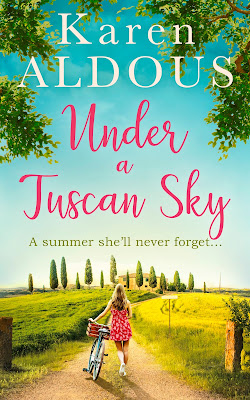 Escape to Tuscany this summer with Karen Aldous’s brilliantly uplifting read. Perfect for fans of Erica James and Cathy Kelly.

When Olivia Montague’s grandmother passes away, she decides it’s finally time to make some changes in her own life. So she breaks up with her ‘going nowhere’ boyfriend and embarks on a journey to her Nonna’s home in Tuscany.

Until now, Olivia has always believed that she’s incapable of love, after being abandoned by her parents as a baby. But with each day spent at the gorgeous villa nestled in the rolling Italian hills, she feels her heart begin to flutter…

And when handsome antiques dealer Hugh St. James arrives on the scene, she realises things might be about to change forever!

My new novel Under a Tuscan Sky began last year when I visited a the beautiful Fattoria La Loggia in the Tuscan hills. A working farm with rolling vineyards and olives, as well as an agritourism establishment, its medieval villa and farm buildings completely hypnotised me, and it was at that moment I met one of my characters, Nonna Elena, a ninety-year-old woman who was troubled. When I asked why she was unsettled, she told me she didn’t want to leave this world without her granddaughter knowing of her family secret. Of course, I was intrigued and began pouring questions to her. The story began to unfold and her estranged daughter Roz, and loving granddaughter soon came to the fore along with Alberto and Hugh, who were also instrumental for the story to succeed.
With every novel I write, the location is integral to the story just as much as the characters and the plot. In fact, a beautiful setting is also integral to me as a writer; one lung breaths travel while the other exhales words, so let me share with you the moments of inspiration I’ve received from some of the exotic locations in my novels so far.

Being a romantic, and a reader, I wish more than anything for my readers to escape. One of my favourite and inspirational books is The Island by Victoria Hislop. I bought it at the airport on my way to Crete and I would go as far to describe reading it as my Eureka moment. This novel made me realise the type of novel I wanted to write. The ingredients were a perfect combo; it’s set in the stunning Greek island of Spinalonga, the story has elements of history entwined, a former leper colony, plus, its choc-full of family drama and romance. I loved it, and I managed to take a boat trip to the island of Spinalonga whilst reading it.  I knew afterwards exactly what and why I wanted to write. Yes, of course I want readers to engage in the characters and their lives, but I want readers to feel they are drifting off to the sunshine and travelling too. For me its Europe, France, Italy and Greece, switzerland etc., and I suppose it stems precisely from the toe-curling pleasures such beauty evokes in me.

A classic example is Provence. This was the setting for The Vineyard and The Riviera. On my first visit to Provence, many years ago, I stayed in Aix-en-Provence. Hubby and I had hired a car and as it was late in the season, it was a fantastic opportunity to drive out on the quiet roads and explore the numerous villages of the Luberon. And wow, as I stood in Bonnieux overlooking rolling hills with the sun bursting over burnt orange rooftops my character Lizzie arrived to let me know this was where she wanted to be. I, however thought she was rather young to be out here alone, so it was on another trip, to Cannes, at a beautiful apartment I stayed at overlooking a busy colourful market, that I found her home and business; a beauty salon. She had a buzzing cosmopolitan environment with glamourous rich playboys and yet, she still yearned to be among the vineyards of Provence. It made a beautiful contrast for the story and thus, provided me with the motivation for my first story.

With The Chateau, the character and setting arrived quite differently – from a dream! I saw a ragged-looking female struggling to breath in the water and trying to keep her grasp on a rope. The only clue to where she was, was a medieval stone arch and a iron-barred door which I guessed was an entrance to a dungeon. As I tried to make sense of it all the following day, I immediately thought of the Chateau de Chillon on Lake Leman (Geneva) in Switzerland. I had often driven passed it on ski trips, and nearby Montreux had been beckoning and so it was to be. When I researched the castle, I discovered much about its history and the witches it held as prisoners, and thus my main character Gina, who along with the man she meets in Montreux, Ollie, set out on a quest to discover more, and to free the spirit of Agnes-Francesia. The beautiful setting by the lake and mountains on the Swiss Riviera was perfect, capturing the story and my heart.

And so to One Moment at Sunrise, my latest novel. I know this will also sound bizarre, but as soon as I stepped into the villa in the Languedoc, my character Evie was there. She wasn’t happy though and as I questioned her, I began to get a picture of who she was and her tormentor; the reason she was sad. It wasn’t until the following week when I cycled along the Canal-du-Midi that I was struck by the setting. The canal and its landscape provided such inspiration and I just knew I would have to relocate her villa beside the canal. Then cycling out to the villages, the plot developed, but it was cycling to the town of Bezier which then added another dimension. Seeing the statue of Pierre-Paul Riquet, the builder of the canal was exciting and as I researched the canal’s history, I discovered that mountain peasant women had been key to building the canal and Riquet’s success. Their story had to be included too. Both my heart and mind captivated, both lungs doing their job.

I can’t imagine any other career as fulfilling as writing and travelling and I hope you enjoy my new title Under a Tuscan Sky.

Karen’s books published by HQ/Harper Collins are available at most ebook retailers. AmazonUK: 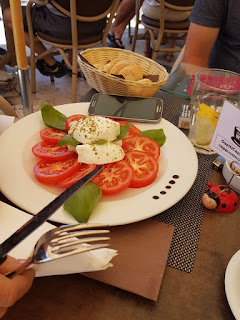 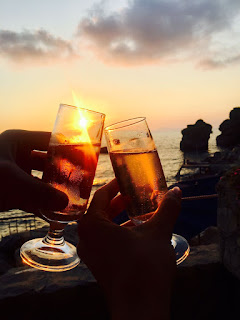 Thank you to Karen Aldous for the fab guest post! 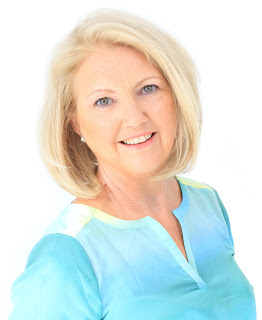 Karen Aldous enjoys village life on the edge of the north-downs in Kent with easy access to the buzz of London. Not only does she love the passive pleasures of reading and writing, she also craves the more active pursuits with her family and friends such as walking, cycling and skiing especially when they involve food and wine!

Karen gets much of her inspiration from her travels and if she had to choose, France, Greece, Switzerland, Italy and the USA would be her favourites. However, wherever she goes, she discovers a new character emerges in 'Karen's World'. She likes to write about strong independent women who can direct their own lives - but struggle to control them! And, of course there's always a gorgeous hunk or two!

1st prize: £10 Amazon voucher, eCopy of Under a Tuscan Sky & a signed notebook

2nd & 3rd prize: eCopy of Under a Tuscan Sky & a signed notebook 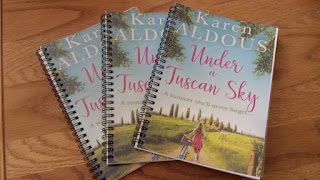 Why not follow along with the rest of the tour! 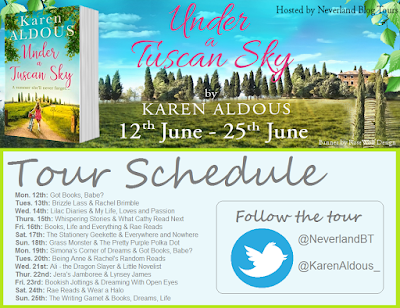