Thank you for joining me today on the blog tour for Ethan's Daughter by Rachel Brimble. I shared my review for this heart warming story previously on my blog but I'm delighted to be sharing my review again for the tour. There is also a fab giveaway and extract to read but first of all let's take a look at the description for the book... 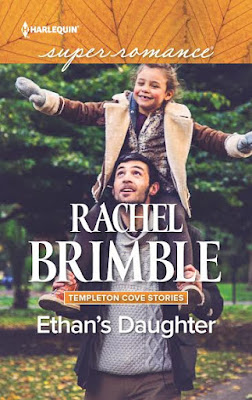 
There's safety in solitude…isn't there?

Single dad and best-selling thriller writer Ethan James has no problem being Templeton Cove's most famous recluse…until a surprise visit from the past plunges him into a real-life crime drama just as feisty nurse Leah Dixon barges her way into his world.

Ethan's first priority is to protect his daughter. His second priority is to keep Leah out of this dark web—and that means out of his bed. Except Leah isn't going anywhere; she's afraid little Daisy is in danger. Ethan couldn't live with himself if anything happened to Leah…but pushing her away may be even harder..

I am delighted to be re-sharing my review for Ethan's Daughter by Rachel Brimble. So what did I think...

I have read a couple of Rachel Brimble's books in the past including Saved By the Firefighter which is book 6 in the Templeton Cove Stories. So I was eager to continue the series but what did I think of book 7...

I loved that Ethan is such a loving and protective father, Rachel Brimble has managed to create a wonderful and caring man but with a few flaws too. It's lovely to see the relationship with his daughter Daisy. Daisy is such a cutie and all the way through the story you could really feel Ethan's sense of responsibility at trying to protect her. Whether that be from actual threat and physical harm but also from letting anyone get close to his daughter after she was abandoned by her mother.

Both Leah and Ethan are strong characters and also pretty stubborn too which I guess made for lively interactions. Leah is feisty and her determination to help was so endearing even if that meant clashing with Ethan. Her occupation as a nurse definitely made her keen to step in and help. Then there is the added complication of attraction, but will anything happen?

It is a romance story at it's heart but with the added bit of danger thrown in to keep the story entertaining. The story moves pretty quickly and because of this it's so easy to become invested in the characters situation. A sweet and heartwarming read that is perfect to curl up with and relax. It's easy to get caught up in the story and forget all about your day.

Sweet but with feisty characters and a dash of danger!

With thanks to Rachel Brimble for my copy. This is my honest and unbiased opinion.

On the other side of the front door, the kitchen/dining room stretched from the front to the back of the house. Even though it was in semi-darkness, Leah could see straight through to some French doors at the back, the only illumination coming from the overhead light of the stove as it glinted on steel toward the center of the room.

Snapping her gaze to Daisy, Leah’s opinions on personal tastes flew to the wayside. The little girl’s eyes were wide as she chewed her bottom lip. Leah frowned. “Are you all right, sweetheart? Do you want me to knock?”

Daisy nodded and raised her arms toward Leah as though asking to be picked up. “Yes, please. Daddy might be mad.”

“Oh, Daddy won’t be mad.” Leah bent down and picked her up, hitching her onto her hip as Daisy’s arms wound around her shoulders. “If Daddy’s mad, I’ll show him how to calm himself down real quick. Don’t you worry about that.” Leah lifted the brass knocker and let it fall a little harder than necessary.

Narrowing her eyes, she knocked again.

She was readying to knock a third time when the door swung open.

“I told you to get the hell out of here and not come back.” The man’s dark hair sprouted from every angle, his raging eyes bulging and his right hand swathed in a blue and white¬¬––and bloodied––dishtowel. His gaze held Leah’s for a split-second before he snapped his attention to Daisy. “My God, Daisy. What are you…” He cupped Daisy under her armpits, wincing slightly as he pulled her from Leah’s arms to hold her close. He pressed a lingering kiss to her temple, his raging eyes hidden behind his closed lids.

Leah stared, completely stunned by this flannel-shirted, blue jeaned, incredibly good-looking man…despite the bulging eyes. She coughed in a bid to find her voice. “Mr. James?” She planted her hands on her hips. “You’re Daisy’s father, I presume?”

He opened his eyes and Leah stepped back.

Apparently when his eyes had softened and were filled with regret rather than rage, they looked good.

She stilled. Oh, good Lord. Be damned if those weren’t the eyes of Templeton’s reclusive novelist, Ethan James. 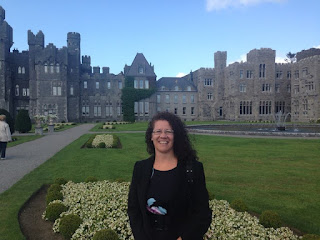 Rachel lives with her husband and two teenage daughters in a small town near Bath in the UK. After having several novels published by small US presses, she secured agent representation in 2011. Since 2013, she has had seven books published by Harlequin Superromance (Templeton Cove Stories) and an eight coming in Feb 2018. She also has four Victorian romances with eKensington/Lyrical Press.
Rachel is a member of the Romantic Novelists Association and Romance Writers of America, and was selected to mentor the Superromance finalist of So You Think You Can Write 2014 contest. When she isn’t writing, you’ll find Rachel with her head in a book or walking the beautiful English countryside with her family. Her dream place to live is Bourton-on-the-Water in South West England.