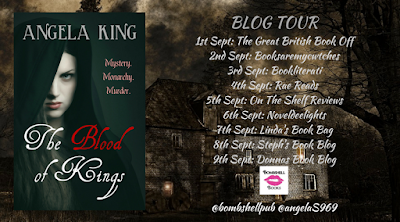 Thank you for joining me for my stop on the blog tour for The Blood of Kings by Angela King. You can catch my review today but first of all let's take a look at the description for the book... 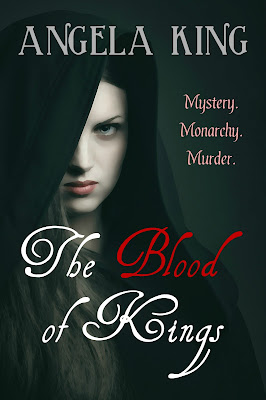 1559. A girl arrives in London to search for her brother. Aalia, an awkward, arrogant teenager plans to bring William to his senses, until she discovers that both their lives are based on a lie. Aalia must unravel a web of secrets but has the weight of her past to contend with. Courageous and undisciplined, Aalia gradually comes to terms with the truth that William, her brother, has royal blood.  Deciding to undermine the men who want to use him as a pawn, Aalia must negotiate a world where secrecy arms the powerful.  But unwilling to ask for anyone’s help she is forced into making a fateful decision.

Who can she trust when everyone around her is plotting?

Is the truth really something worth dying for?

This epic story of secrets and betrayal paints a vivid picture of Elizabethan England and asks questions that span beyond the test of time.

I love historical fiction so as soon as I read the description I was definitely intrigued. Now I have to be honest it took a couple of chapters for me to get into the story as there are quite a few characters to get to know. However once I got used to the characters it began to get easier to distinguish them. The characters are complex and are involved in lots of dangerous situations. Aalia is definitely intriguing and it was easy to be pulled into her story and then to see how she reacts to different events. Her character is headstrong and doesn't always seem to make the right decisions but this makes her character all the more interesting.

The story slowly builds but it is worth seeing how all the secrets unfold and I did wonder which way the story would go. Angela King has a descriptive way of writing which helped to really set the scene and transport me right into the story. With various characters plotting it is quite a tangled web but the question is how will it all end?

The Blood of Kings has danger, conspiracy and intrigue!

With thanks to Bombshell Books for my copy. This is my honest and unbiased opinion. 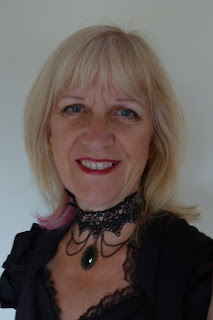 I’ve always loved words, those little black squiggles dancing around the page lead inside a secret world – the world of imagination.

I was born in Wimbledon but my first memories are of Clapham Common, where I lived until I was six years old. Next I moved to Kent, to an ancient village on the fringes of the Thames Estuary. I loved books and dreamed of becoming a writer - my English teacher was really encouraging - but I come from a long line of practical dreamers who need first to earn a living.

After school I went to Medway College of Art in Rochester, to study design. The course was meant to teach design techniques that could be ‘geared’ to any medium but it failed, most students dropped out before the first term ended. I ‘geared’ towards costume and embroidery and during college holidays worked at ‘Bermans and Nathans’, a company who provided costumes for film, television and theatre.

My first ‘proper’ job was working as assistant designer to the most amazing man, Bruno Stern (there’s a book waiting to be written). The company was based in Dover Street and made beautiful clothes for the rich and famous. It was a surreal place to work but after problems getting home during a year of unplanned rail strikes, I decided to find employment nearer home.

By this time I’d married - Michael King. He was working as a goldsmith in Essex and we were living in the village of Paglesham when I got a job with a local theatrical costume company. I loved my job and started writing children’s books with an illustrator friend. Together we produced two little books - ‘Olly the Octopus’ and ‘The Squeaky Knight’. In 1980 I began working on my first novel when we had a season of disasters – Michael was involved in a terrible car crash, the company where he worked went bankrupt, my old dog died and our beautiful, grade 2 listed cottage, burned down. Feeling it was time for change we moved to Cumbria.

We started our own jewellery company in 1984, working from home. We had two small children and no income. Michael manufactured while I went out selling his work at craft fairs. We struggled at first - finding customers, building a reputation. We moved to bigger premises in 2002 and now employ four jewellers and two design consultants.

While my children were growing up I studied with the Open University. I also worked for a small company which made docu-history films for museums and wrote articles for magazines and specialist publications. Then, in 2008, two very close friends died, kicking me into action – if I didn’t write my novel soon it might never be written. I joined a couple of local creative writing groups and finally allowed my imagination to run free.

My first novel - The Blood of Kings – is due to be published by Bombshell Books later this year.
Links: