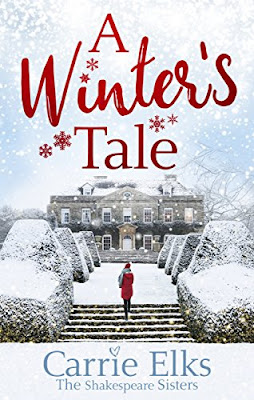 Struggling film student Kitty Shakespeare is determined to make the most of her new job as nanny to major producer Everett Klein's son, Jonas. It might not be exactly the career she'd hoped for when she moved from London to LA, but thanks to her habit of freezing up in interviews, this is her last chance to impress a key player in Hollywood - if she can get this right, then surely he'll take a moment to look at her work. However, what Kitty hasn't allowed for is Everett's sexy-as-hell brother, Adam - but love at first sight this is not.
Adam Klein may be sexy, but he's also gruff and rude and in no way ready to make a fool of himself over the nanny - not after the year he's had. All he wants to do hole up in his cabin and hide from the brother who destroyed his life. If only he could find it easier to ignore the way Kitty makes his heart race . . .
As Christmas approaches, Kitty and Adam come to realise that the course of true love never does run smooth - and just maybe, it's more interesting that way...
A heartwarming Shakespeare Sisters Christmas romance from the bestselling author of Fix You.
Book Links:
Amazon ➜ http://amzn.to/2fEWCJv
Amazon UK ➜ http://amzn.to/2xn4bwj
Amazon CA ➜ https://www.amazon.ca/dp/B075SJW4QJ
iBooks ➜ https://tinyurl.com/ycqpu7te
Kobo ➜ https://tinyurl.com/ybsyjmty
Goodreads ➜ https://www.goodreads.com/book/show/35138620-summer-s-lease

I have read some wonderful Christmas stories so far and with it being the beginning of December I'm delighted to be sharing my review of another fabulous story and today it is A Winter's Tale by Carrie Elks. This book has a little bit of everything and really is a perfect festive story. So what did I think...

I really took to Kitty's character and it was pretty much from the first page she has a lovely likeable and down to earth personality. Her arrival in West Virginia was definitely an experience especially meeting Adam. The story was enhanced hearing the story from both Kitty and Adam's point of view it helped to give an overall more rounded feel. There were some fiery interactions between the pair that made for entertaining reading and also left me smiling.

Adam has so many layers from the angry persona we first see to the tender and more sensitive part of his personality which was so endearing. I think I may have fell a little for him myself I couldn't help but love his brooding nature. There were definitely a few sigh inducing moments. I have to also mention the quotes from Shakespeare at the beginning of every chapter, it was a lovely touch especially as it ties in with the events in the chapter.

A Winter's Tale is part of a series but can be easily read as a standalone so don't worry about that. I haven't read Summer's Lease which is the first book in The Shakespeare Sisters series although I have now added it to my overflowing TBR pile. I have to admit that I'm already looking forward to the next book in the series.

A Winter's Tale is romantic and passionate but there is also family drama and love there too. The big question is will there be a happy ending this Christmas for Adam and Kitty?

So many fun, flirty and fantastic moments!

With thanks to Carrie Elks for my copy. This is my honest and unbiased opinion.