I'm thrilled to be sharing my review for The Little Wedding Island by Jaimie Admans as part of the blog tour today. First of all let's take a look at the description for the book... 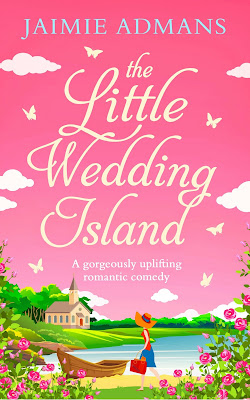 ‘Will you… pretend to marry me?’
Bonnie Haskett loves everything about weddings. She loves her job at a national bridal magazine and even has a deposit down on her dream dress. The only problem? She doesn’t have a fiancé!
So when Bonnie is sent to Edelweiss Island, known as ‘The Little Wedding Island’, it’s a dream come true. She’s heard the rumours, every wedding that takes place in the tiny chapel ends in a happy-ever-after.
But there’s a catch! Investigating the story, Bonnie needs to pose as a blushing bride – and the only man up for posing as her groom is her arch rival (and far too handsome for his own good) journalist Rohan Carter…
A gorgeously uplifting summer romance. Perfect for fans of Holly Martin and Caroline Roberts.

Also available from all other ebook retailers.

You know that feeling when you pick up a book and completely let your day disappear and become well and truly absorbed into a story. Well it's safe to say that The Little Wedding Island falls into this category especially with it's brilliant characters. I absolutely loved Jaimie Admans debut and I have been eagerly awaiting her new book and I was pretty much hooked from the first page!

Bonnie and Rohan are what you would definitely call complete opposites in their beliefs about love. I loved their connection and they sparked off each other perfectly even when they were sparring. I was left smiling after every interaction with some witty one liners that made me giggle along with my husband giving me some funny looks! Bonnie is what you would call one of the  worlds last true romantics and I loved her for it, her optimism made me smile constantly. I have to say that Rohan was developed perfectly with more layers to his personality revealed as the story goes along.

There is a wonderful almost magical essence that Jaimie Admans injects into her stories and this book is no exception. My attention was kept throughout and the Edelweiss Island was brought to life the more I read. There are some truly loveable and quirky characters in this story along with an utterly adorable dog called Puffin.

The Little Wedding Island has pure romance at it's heart and the story was a complete joy to read!

A big five stars from me!

With thanks to Jenny at Neverland Blog Tours and HQ Digital for my copy. This is my honest and unbiased opinion. 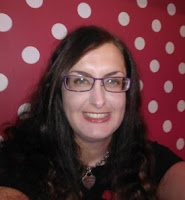 Jaimie is a 32-year-old English-sounding Welsh girl with an awkward-to-spell name. She lives in South Wales and enjoys writing, gardening, watching horror movies, and drinking tea, although she’s seriously considering marrying her coffee machine. She loves autumn and winter, and singing songs from musicals despite the fact she’s got the voice of a dying hyena. She hates spiders, hot weather, and cheese & onion crisps. She spends far too much time on Twitter and owns too many pairs of boots.

She will never have time to read all the books she wants to read.

She is the author of chick-lit romantic comedies The Chateau of Happily Ever Afters, The Little Wedding Island, and Kismetology, and she has also written young-adult romantic comedies Afterlife Academy, Not Pretty Enough, and North Pole Reform School. 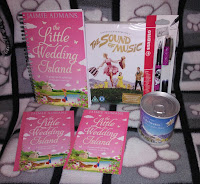