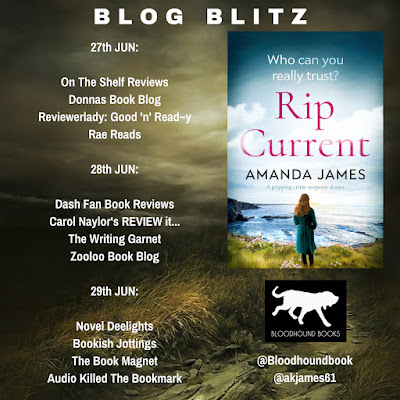 Thank you for stopping by I'm delighted to be sharing my review today as part of the blog blitz. First of all though let's take a look at the description for the book... 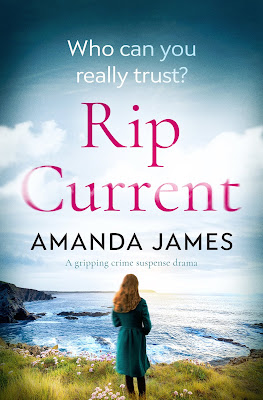 Who can you really trust?

DI Bryony Marshall has been on the tail of Kenny Ransom for two years. He’s involved in prostitution and trafficking, but there’s never been any real proof. To complicate matters further, Bryony’s best friend from childhood is his daughter Imogen.

Bryony worries about admitting the fact that she is trying to put Imogen’s dad away, but unexpectedly, Imogen turns on her father and helps the police. Kenny finds out and swears he’ll get his revenge.

Sick of being in the police force, Bryony visits her mother in Cornwall and considers starting a new life.

While in Cornwall, Bryony saves the life of a man caught up in a rip current in the sea.

But who is this stranger? And is Kenny really bent on revenge?

Rip Current explores the relationships between families and friends and asks who can you ever really trust.

I loved the journey that I went on with Bryony as she tries to bring Kenny Ransom to justice. You will instantly be on her side and eager for her to finally get the evidence needed to put Kenny in prison. The story at times is dark especially as you discover exactly what Kenny Ransom gets up to. There is quite a tangled web within this story along with a few twists to keep things interesting.

The characters were developed well and I was constantly wondering what would happen to them as they were pulled deeper into unknown situations. I especially enjoyed the friendship between Bryony and Imogen as they try to look out for each other with danger around every corner. I know I'm being a little vague regarding the plot but I would hate to ruin anything. The story moved steadily but easily kept my interest throughout as the suspense and tension slowly but surely built up. This is the first book that I have read by Amanda James but it won't be the last.

Rip Current has a brilliant plot full of suspense, drama and crime! 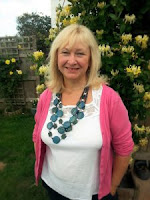 Amanda has written since she was a child, but never imagined that her words would be published, given that she left school with no real qualifications of note apart from an A* in how to be a nuisance in class. Nevertheless, she returned to education when her daughter was five and eventually became a history teacher. Then in 2010, after many twists and turns, the dream of becoming a writer came true when her first short story was published. Amanda has written many short stories and has six novels currently published.

Amanda grew up in Sheffield but now has realised her lifelong dream of living in Cornwall and her writing is inspired every day by the dramatic coastline near her home. She has sketched out many stories in her head while walking the cliff paths. Three of her mystery/suspense novels are set there, Somewhere Beyond the Sea, Summer in Tintagel and the Behind the Lie. Rip Current is also set in Cornwall and will be published by Bloodhound Books in April 2018.

Amanda, known to many as Mandy, spends far more time than is good for her on social media and has turned procrastination to a fine art. She can also usually be found playing on the beach with her family, or walking the cliff paths planning her next book.