I'm delighted to be one of the stops today on the blog tour for The Red Hand of Fury by R. N. Morris and sharing my review. There is also the chance to win a hardback copy of the book. First of all though let's take a look at the description for the book... 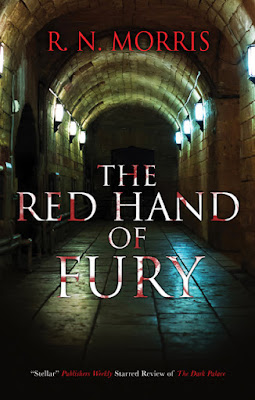 London, June 1914. A young man is mauled to death at London Zoo after deliberately climbing into the bear pit. Shortly afterwards, another young man leaps to his death from the notorious Suicide Bridge. Two seemingly unconnected deaths – and yet there are similarities.

Following a third attempted suicide, Detective Inspector Silas Quinn knows he must uncover the link between the three men if he is to discover what caused them to take their own lives. The one tangible piece of evidence is a card found in each of the victims’ possession, depicting a crudely-drawn red hand. What does it signify? To find the answers, Quinn must revisit his own dark past. But can he keep his sanity in the process …?

The opening to this story definitely got my attention and it was kept throughout as we follow Silas and his investigation. I believe that this book is part of a series but I didn't find any confusion when reading so don't let the fact that it is part of a series worry you. There is a brilliant mystery at it's heart that made for a compelling story.

R. N. Morris has created a detailed and atmospheric story that will easily pull you in especially with a character like Silas to keep you interested in all aspects of the plot. With the book being set in 1914 I felt it added an extra depth to the story as some of the scenes show the brutality that could have easily taken place. The case is so intriguing and I'm trying to be vague when it comes to the plot as it really is worth discovering every little part for yourself.

With thank to Rachel at Rachel's Random Resources for my copy. 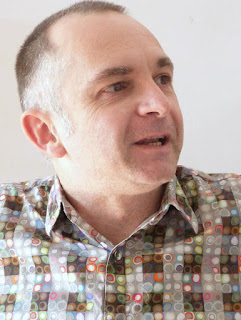 R. N. Morris is the author of eight historical crime novels. His first, A Gentle Axe, was published by Faber and Faber in 2007. Set in St Petersburg in the nineteenth century, it features Porfiry Petrovich, the investigating magistrate from Dostoevsky’s great novel, Crime and Punishment. The book was published in many countries, including Russia. He followed that up with A Vengeful Longing, which was shortlisted for the CWA Gold Dagger. A Razor Wrapped in Silk came next, followed by The Cleansing Flames, which was nominated for the Ellis Peters Historical Novel Dagger. The Silas Quinn series of novels, set in London in 1914, began with Summon Up The Blood, followed by The Mannequin House, The Dark Palace and now The Red Hand of Fury, published on 31 March, 2018.

Taking Comfort is a standalone contemporary novel, written as Roger Morris. He also wrote the libretto to the opera When The Flame Dies, composed by Ed Hughes.

Win a hardback copy of The Red Hand of Fury

*Terms and Conditions –Worldwide entries welcome.  Please enter using the Rafflecopter box below.  The winner will be selected at random via Rafflecopter from all valid entries and will be notified by Twitter and/or email. If no response is received within 7 days then I reserve the right to select an alternative winner. Open to all entrants aged 18 or over.  Any personal data given as part of the competition entry is used for this purpose only and will not be shared with third parties, with the exception of the winners’ information. This will passed to the giveaway organiser and used only for fulfilment of the prize, after which time I will delete the data.  I am not responsible for despatch or delivery of the prize. 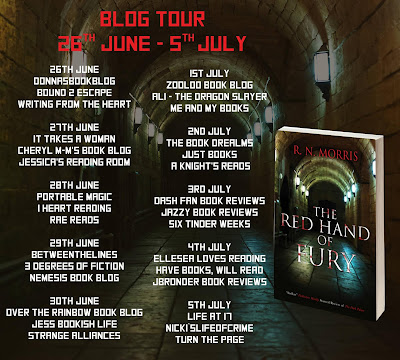