Thank you for stopping by I'm delighted to be one of the stops on the blog tour for Rubicon by Ian Patrick. Today I will be sharing my review but first of all let's take a look at the description for the book...

Two cops, both on different sides of the law – both with the same gangland boss in their sights.

Sam Batford is an undercover officer with the Metropolitan Police who will stop at nothing to get his hands on fearsome crime-lord Vincenzo Guardino’s drug supply.

DCI Klara Winter runs a team on the National Crime Agency, she’s also chasing down Guardino, but unlike Sam Batford she’s determined to bring the gangster to justice and get his drugs off the streets.

Set in a time of austerity and police cuts where opportunities for corruption are rife, Rubicon is a tense, dark thriller that is definitely not for the faint hearted.

You know you have found a story with an addictive plot when you find yourself staying up late reading and unwilling to put it down. The characters in this book are brilliantly flawed which I loved. Sam is such a interesting character and I enjoyed the matter of fact way his story is told. The way he gets into scrapes and plenty of dangerous situations makes for a darkly entertaining story. Then you have Klara who is pretty much the opposite to Sam which was a great contrast. I have to say that their first meeting had me smiling away. I found the log that Klara keeps was a great way of telling her story especially revealing her real thoughts.

Ian Patrick has a descriptive writing style that easily sets the scene which pulled me into the story even more. Now it is quite a dark story at times but I guess this just makes it all the more intriguing. There are some thrilling moments which easily gives a darker edge to this crime story. With Sam blurring the edges where his job is concerned you get a freedom for the story to go in any direction it chooses and I loved the surprises this brought.

With thanks to Emma and Fahrenheit Press for my copy. This is my honest and unbiased opinion 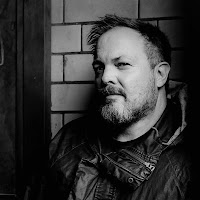 Educated in Nottingham, Ian left school at sixteen. After three years in the Civil Service he moved to London for a career in the Metropolitan Police.

He spent twenty-seven years as a police officer, the majority as a detective within the Specialist Operations Command. A career in policing is a career in writing. Ian has been used to carrying a book and pen and making notes.

Now retired, the need to write didn’t leave and evolved into fiction.